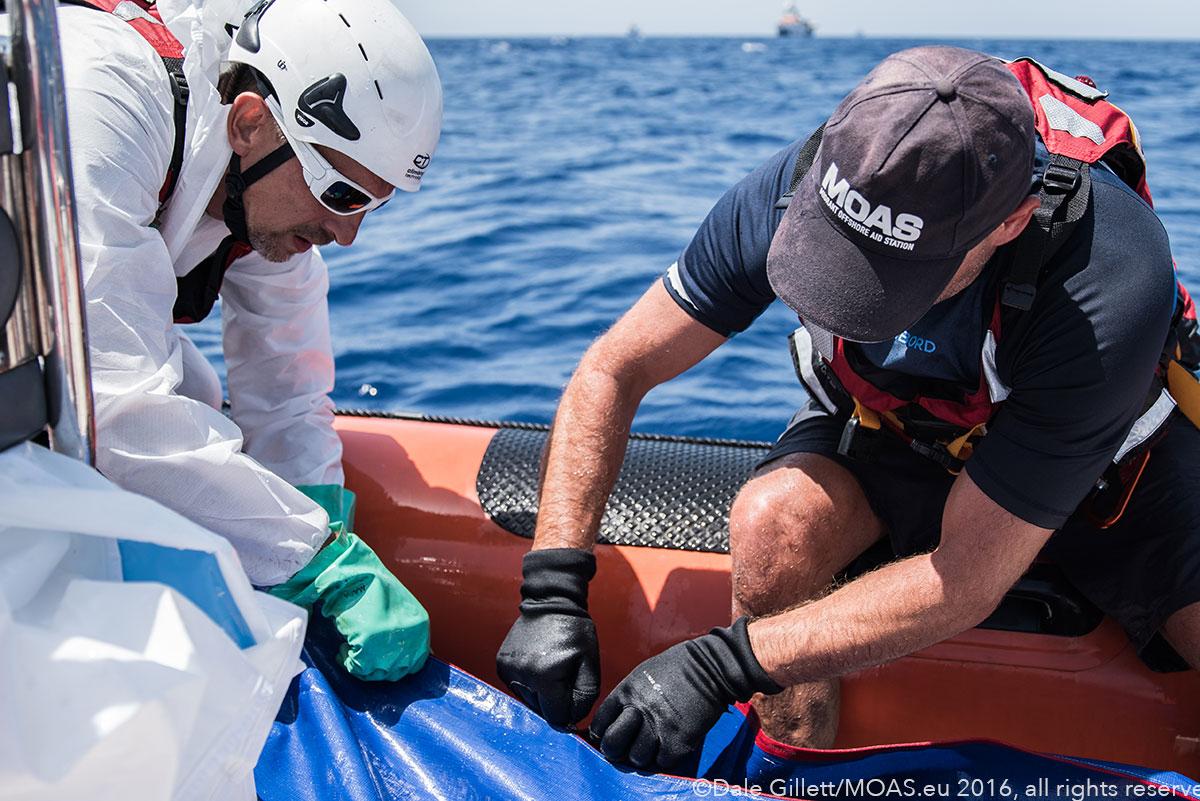 Two Syrian girls, aged 8 month and 5 years, are among the five bodies recovered yesterday morning in the Mediterranean Sea after a small wooden boat capsized some 22 nautical miles off the coast of Libya.

According to the 21 survivors rescued by the NGO Proactiva Open Arms, the wooden boat originally had 27 people on board before it capsized, leaving 6 of the passengers missing. The group contained 8 Syrian family groups travelling together across the Mediterranean seeking peace and stability.

The rescue crew aboard Phoenix – run jointly by the Migrant Offshore Aid Station (MOAS) and Italian Red Cross (CRI) – which was on route to assist with a separate rescue, began to come across the bodies of casualties in the water, eventually recovering the bodies of 2 women, 1 man and the infant girl while a fishing boat came across the body of the 5-year old girl and handed her over to the MOAS-CRI crew. The exhaustive search for the final missing person has stretched on throughout the day, sadly with no success.

Almost a year after the tragic anniversary of Aylan Kurdi, this incident is a ghastly reminder of the hundreds of migrant children dying on Europe’s doorstep every year.

“It is very sad and frustrating to witness the tragic loss of life at sea, especially that of such a young child. It is time for the international community to come to terms with this reality and to implement safe and legal solutions for the most vulnerable among us to avail themselves of the rights and protections they are entitled to”, said Regina Catrambone, MOAS co-founder.

Since the beginning of the war in Syria in 2011, it is estimated that over 50,000 children have already lost their lives. According to UNHCR, between January and June 2016, children constituted an average of 27% of all arrivals in Europe.

“As humanitarians, we are dedicated and committed to our work of saving lives, but our actions are just not enough. Tragedies such the one of today remind us that we must put pressure on our governments to act rapidly. There is no more time to waste. People are dying every day on their journey across the Mediterranean Sea, and everyone knows it. This proves that all the official messages of condolence and the statements of mourning coming from the governments after every tragedy are hypocritical, false and useless. The International community has failed to undertake the strong actions required to solve the causes of this major migration influx, such as war and hunger. There is an immediate need for humanitarians to access migrants at every part of the journey and for safe and legal avenues for them to avoid tragedies like this one”, said Francesco Rocca, Italian Red Cross President and International Federation of Red Cross Red Crescent Vice President

In a separate incident at sea, the quick action of the team aboard the Responder prevented a second tragedy yesterday when it successfully rescued 146 people from a severely deflated rubber boat, which had already left 40 in the water.

All the 21 survivors and the 5 casualties have been transferred onto the MOAS vessel Responder, which is on its way to disembark in Trapani, Sicily, tomorrow at 10am, with a total of 304 people on board. Meanwhile the Phoenix will arrive in Catania tomorrow at 11am to disembark 234 people.

For MOAS publicity usage only, all rights reserved. Credit: MOAS.EU 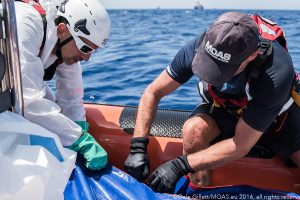 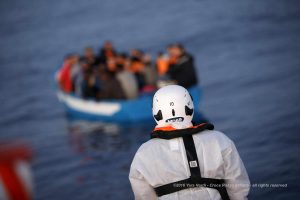 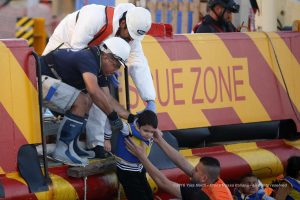 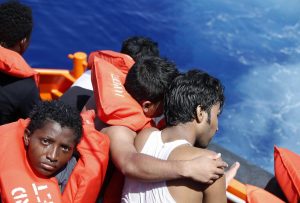 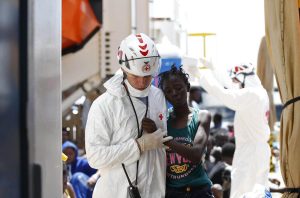 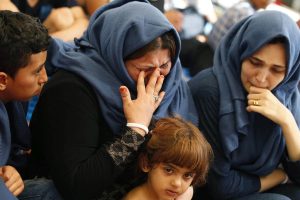 The Migrant Offshore Aid Station (MOAS) is an international not-for-profit organisation that provides professional search-and-rescue services along the world’s deadliest border crossing – the sea. Since its inception in 2014, MOAS has rescued over 24,000 people in the central Mediterranean and Aegean seas. Currently, MOAS is operating in the central Mediterranean with two vessels, the Phoenix and the Responder, equipped with two Schiebel S-100 camcopter drones, fast rescue crafts and a crew of rescue professionals.

ABOUT THE ITALIAN RED CROSS (CRI)

In addition to sea search and rescue the Italian Red Cross is supporting migrants across the country with food, clothes and hygiene kits for men, women and children; first aid, basic health care and psychosocial support; hygiene promotion; reconnecting families, and facilitating two-way communication with communities. The Italian Red Cross also seeks to extend its system of Safe Points, which support migrants who are outside of any reception centres and have difficulties in accessing local services.