Mahasalah is a 40 year-old mother of 10 from the Yazidi community in the Sinjar region in Iraq.

In August 2014, Daesh terrorists attacked her village and massacred scores of people in the community, while many younger women were taken as slaves by terrorists.

Mahasalah’s father and other members of her family were killed in front of her eyes.

Her husband and 2 of her older sons decided then to flee the village immediately and try to reach a safer place, to get a job and provide for the rest of the family back in Iraq.

But for Mahasalah and her children, the life in her village had become hell.

„I was living in constant fear that terrorists could kill me and my children any day, or that they would rape and enslave my young daughters“ she told.

A few months ago, she made a decision that tens of thousands of others like her have been forced to make: try and reach Europe in any way possible. 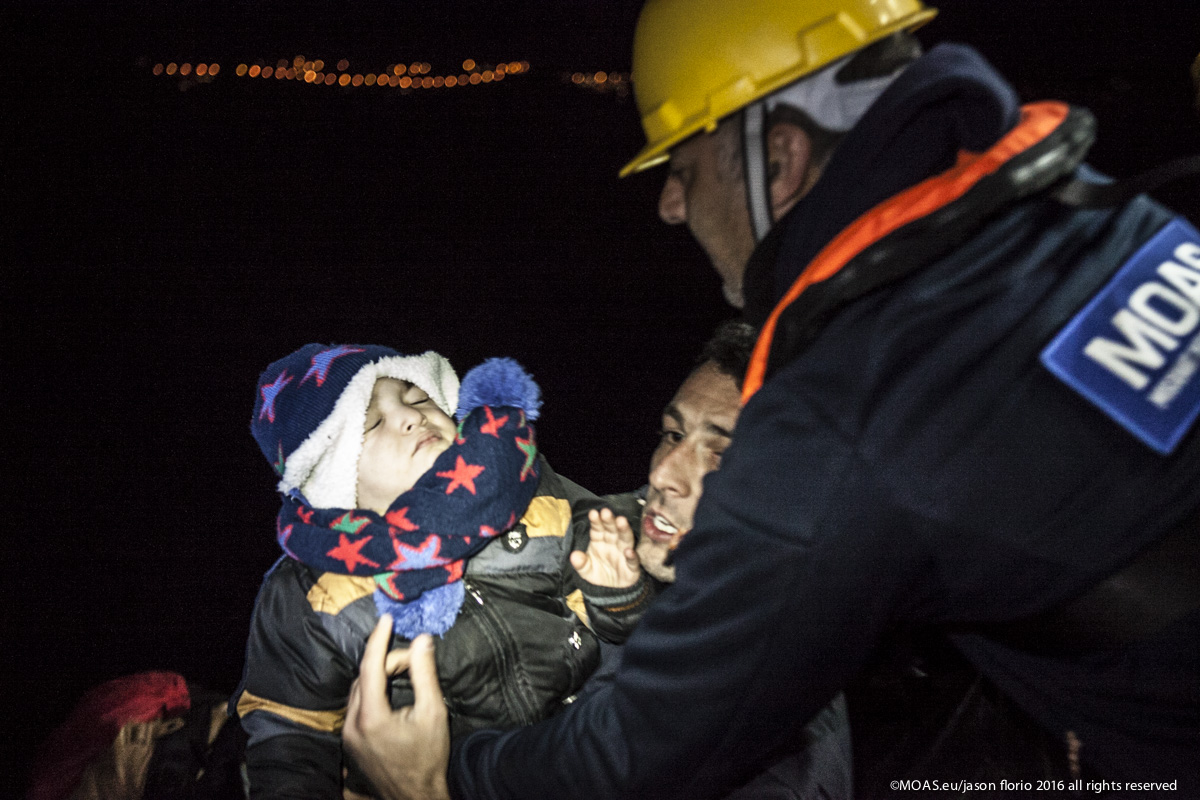 A few days ago, the MOAS crew rescued Mahasalah and her 8 children from a rubber boat in the Aegean sea, off the coast of Agathonisi.

She told our team that, after months of travelling all the way from Iraq to Turkey, they paid $700 each for a place on an unsafe boat packed with about other 60 people heading to Greece.

Mahasalah, as many of the persecuted people of the Yazidi faith in Iraq, face a very difficult choice: stay and risk being killed by terrorists or flee by putting her life and that of their children at the hands of smugglers.