It’s tragic, but we know it could have been so much worse

The scene that unfolded for our crew on the Responder in the early hours of 12th July was one of the worst possible scenarios for any search-and-rescue crew that operates on the frontlines of the Mediterranean crisis. 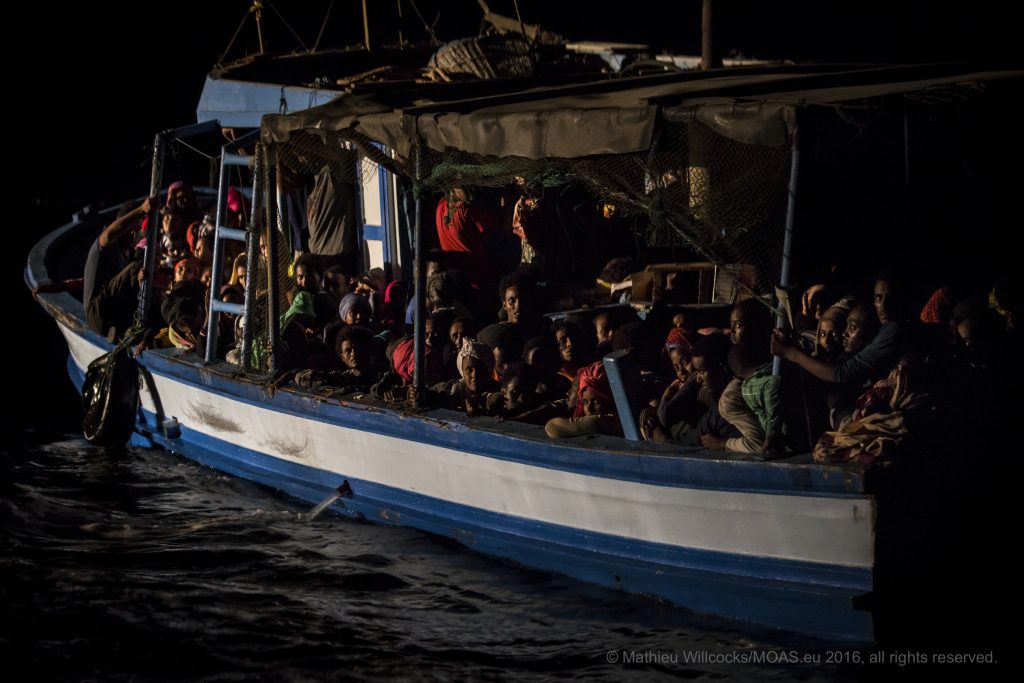 At 04:30 the MOAS Responder spotted this over-crowded wooden boat at 17nm off the coast of Libya

It was 03:50am when the Responder’s radar pinged, marking the first contact.  Proceeding towards the echo in complete darkness, by 04:30am our crew was in sight of the boat, and instantly realised that it was heavily over-crowded, with far too many people on board for it to be safe. At 05:00am the fast rescue launch was lowered into the water and the recovery operation began. Half of the rescue was carried out in pitch black. 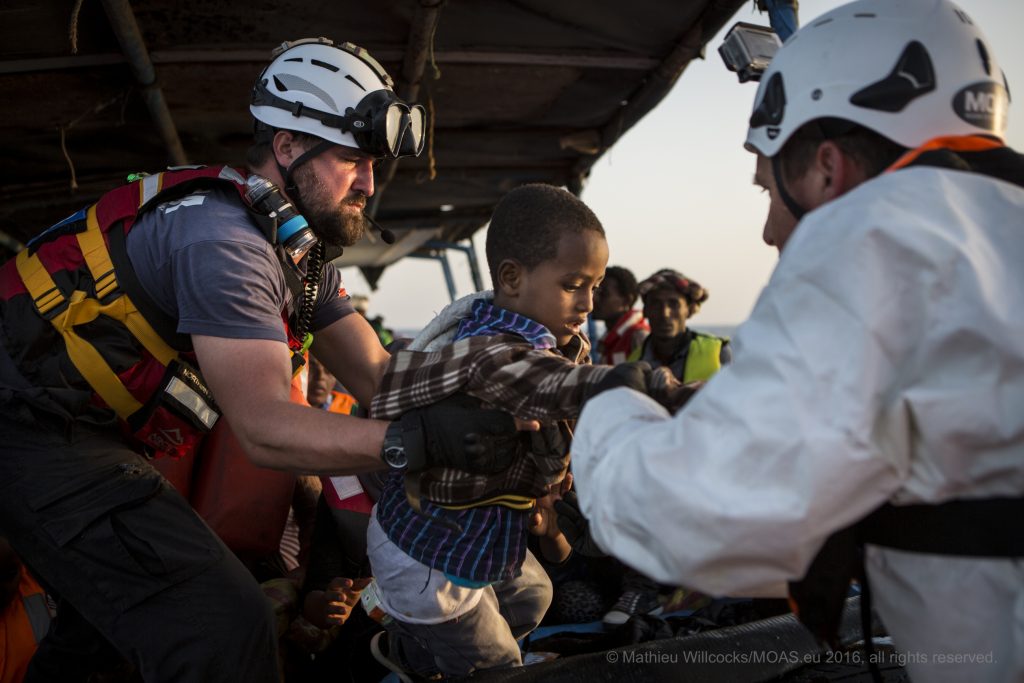 It was then that our crew realised the situation was far more tragic than expected. 4 bodies were recovered lifeless from three separate holds of the vessel.

“People are packed so tightly in the hold”, says MOAS photographer Mathieu, „they wouldn’t realise if someone was simply sleeping on their friend’s shoulder or unconscious.“ 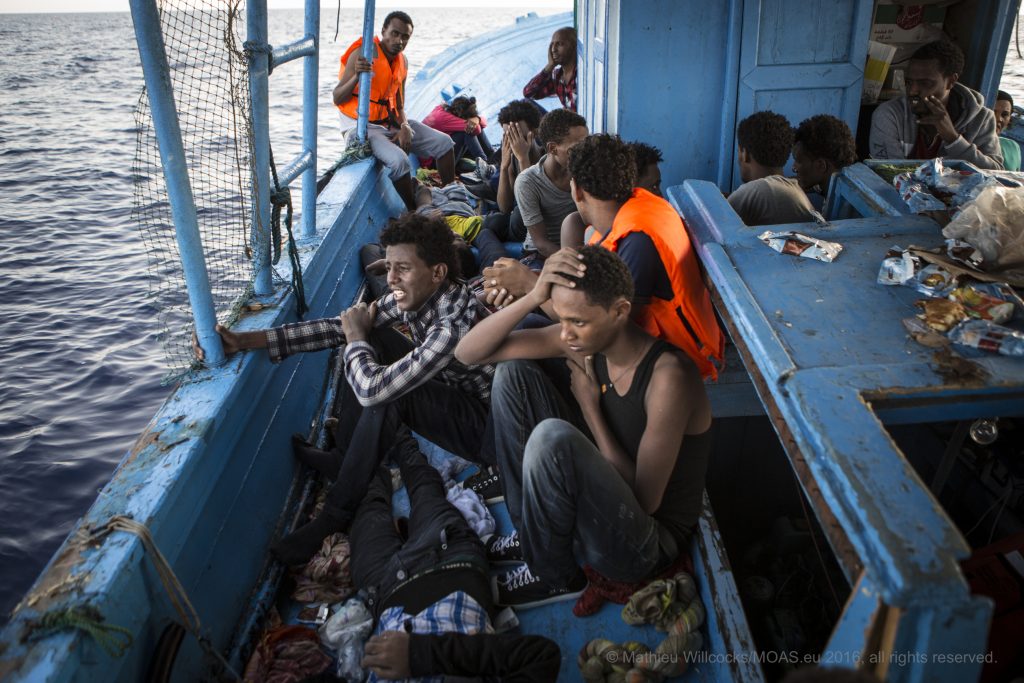 Survivors come to terms with the tragic events of the morning

Just next to the dead bodies, a few other people were found in critical condition: for them at least, we had arrived just in time. The Emergency team aboard the Responder acted quickly to stabilise them, after which one person was med evacuated by the Italian Navy.

Overall, 352 people were safely recovered, but the trauma of the morning’s events lingers still. According to survivors the boat left from Sabrath. Our crew carried out the rescue at 17 nautical miles off the Libyan coast.

“They were just young men looking to realise their dreams, just like any of us. I am deeply saddened. My thoughts are with their close ones.” – Regina Catrambone, MOAS co-founder. 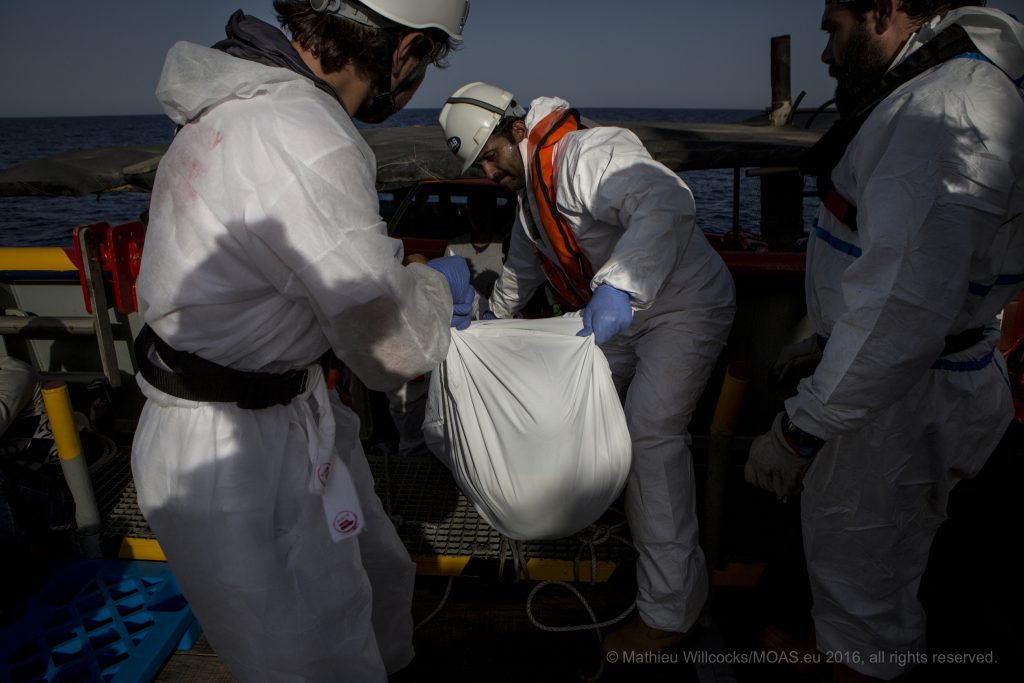 One of the victims is brought aboard the Responder

It’s been a very intense morning for all the crew on board, but they know that it could have been much worse had more time passed. One of the victims was travelling with his brother while two others had a close relative with them. 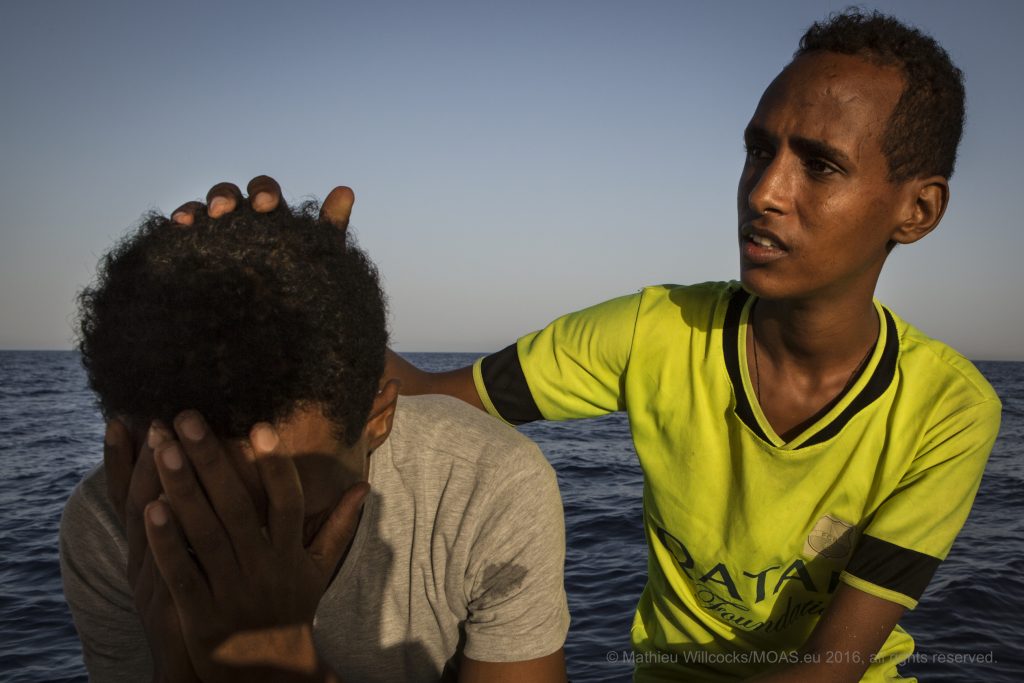 All four victims were Eritrean men. The youngest was only 17 years old.