At just 16, a refugee women named Binta was trafficked from her homeland and imprisoned in a house in Libya where she was forced to work as a maid for three long years.

It was while sitting aboard the Phoenix with her 4-month old son that she told us her harrowing story.

She had been rescued earlier that morning alongside 416 other refugees from a sinking vessel. Crammed on board with other refugee women, men, and children desperate enough to attempt the crossing, Binta had risked it all.

“All I wanted was to go to school and become a doctor”, she told us with disarming simplicity.

Binta fled her small village in Cameroon after being rejected by her family and community for converting to Christianity. A catholic priest from a nearby community helped her leave the country and reach Libya, where he promised she would be adopted by a family and allowed to go to school.

However, 16 year old Binta was sold to a human trafficking ring. Once in Tripoli, she was forced into domestic slavery where she suffered ritual physical and psychological abuse for over three years.

The eastern Mediterranean route has seen the largest increase in the flow of migrants as hope fades in the refugee camps of Turkey and other regions. In addition to following overland routes, people from Syria, Afghanistan, Iraq and Somalia continue to risk the short sea crossing from Turkey to Greece’s easternmost islands in order to reach Europe.

It was just by accident that, in 2013, Binta met a Lebanese nun and an English volunteer who finally managed to free her. For two happy years, the young Cameroonian lived in their foster house in Tripoli. She remembers those years fondly; “I was happy. I was free. Finally, I had the chance to study” she said.

It was during this period, she told us, that she met a boy and she fell pregnant. When asked why he was not traveling with her and their child, she lowered her eyes and went silent.

When the situation in Libya imploded, the nun was forced to close the foster house and leave the country. Before doing so, she wanted to help Binta and her child reach safety in Europe.

She gave her some money to pay for a spot on the leaky boat that MOAS had rescued her from in the Mediterranean sea on that early morning in July. 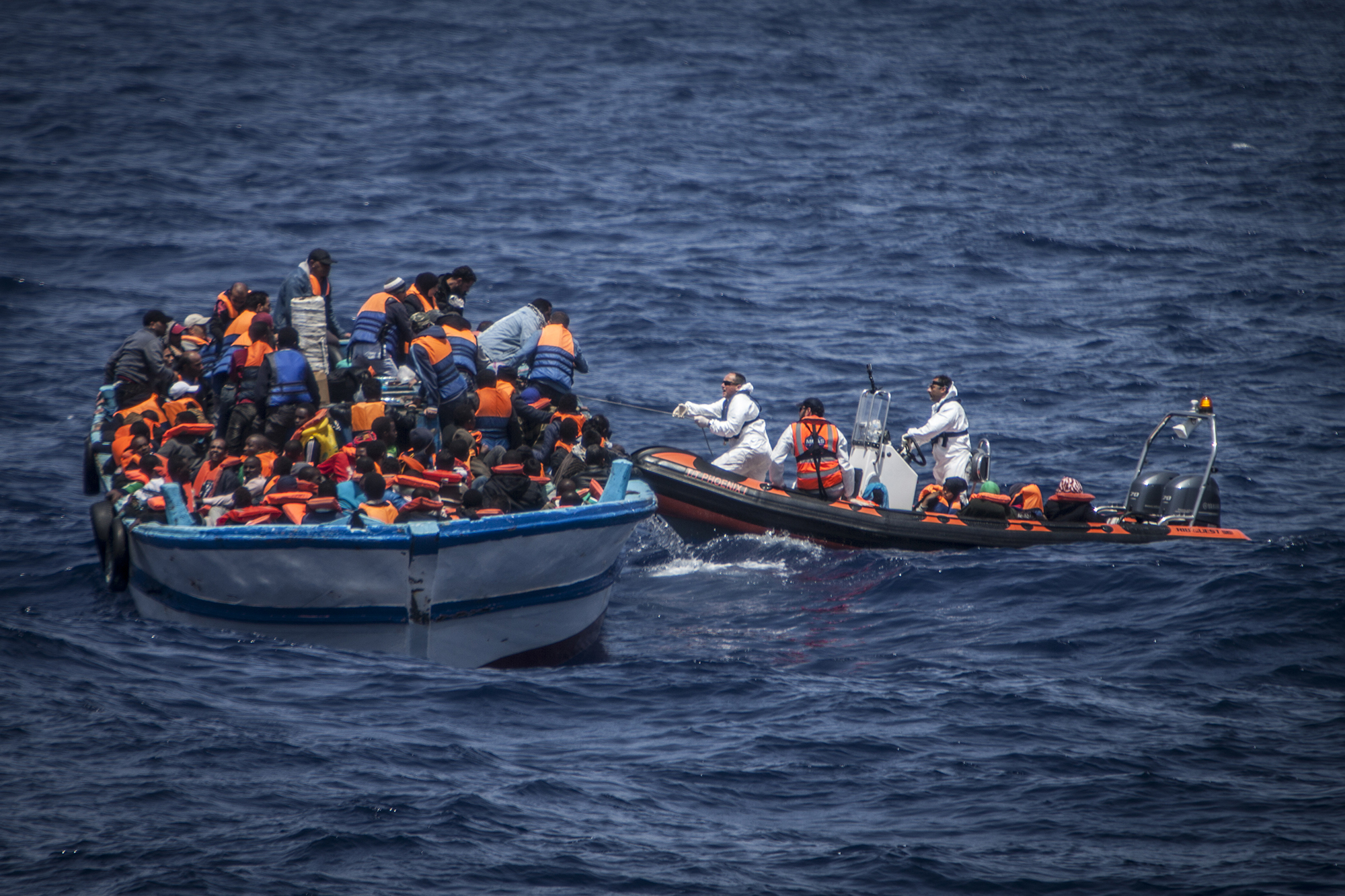 “It’s too late for me to be a doctor. But I want to study, forget my past and get a job as a nurse”, she said while cuddling her baby John Daril.

She was not sure which country she would go to, maybe Switzerland or Belgium.

Among her few belongings was a piece of paper with some names and telephone numbers faintly scribbled on it: contacts given to her by the smuggler in Libya, she said. We asked her how she could trust these people after all they had put her through.

“Because I have no one else” she answers.

Refugee women like Binta compromise more than half of the refugee population seeking asylum in Europe, and face many added risks while fleeing for their life. Learn more about how you can help here.

NOTE: The names in this story have been changed to protect identity.