The MOAS rescuer and the Syrian child

Mimmo, a 44 year old father of two and one of the MOAS permanent Search and Rescue crew members, has come in touch with many refugees at sea and heard many personal accounts along the way. In this post, he tells us about his encounter with 13 year-old Yosuf and explains how rescuing children keeps him going.

After boarding 309 refugees from the island of Megisti, the MOAS Responder was headed for Rhodos. It was late in the evening and the seas were rough. People were crying and almost everyone was seasick.

Among them there was a small boy holding his mother and stroking her hair. He had his little glasses on the edge of his nose about to fall off, but he wouldn’t move.

The winds had picked up drastically, causing the waves to swell. The boat was rocking heavily from side to side. Some women and children were in tears, men were hunched over feeling very seasick and some of the elders lay flat down on the ground.

I moved towards him and his mother to check on them. He smiled and introduced himself, telling me his name is Yosuf and that he is 13 years old. „My mom doesn’t speak English“ he said, “her name is Ahlam Issa“. Sitting right behind them were his twin brother Ahmed and his 18 year-old sister Yusra.

„My father was killed in the war four years ago back home in Syria“, Yosuf said.

He spoke like an adult. While I listened to him I couldn’t stop thinking that at his age he should be enjoying life, playing sports and meeting with friends. Instead, here he was  sitting on the Responder taking care of his mother and his siblings in the middle of the Aegean sea.

Yosuf explained that they had fled Syria two weeks before because there was no home left for them there anymore. It had cost the family €6000 to make the journey from Syria to the Greek island of Megisti. When I asked whether they knew where they were headed to next, he said they had no idea where to go yet.

All three siblings had very good English and were well spoken. Their mother was shy, but through her smile I could see her gentle manner. They were all exhausted.

By the time we arrived in Rhodes it was very late in the night. The wind was strong and the cold was harsh.

Yet Yosuf maintained his magical smile.

The toughest part of my job is to see people, especially children, go through such hardship on a daily basis. Sometimes it makes you lose hope in this world.

Then, with a big hug and a „thank you for helping us“, he walked off the Responder with his family. 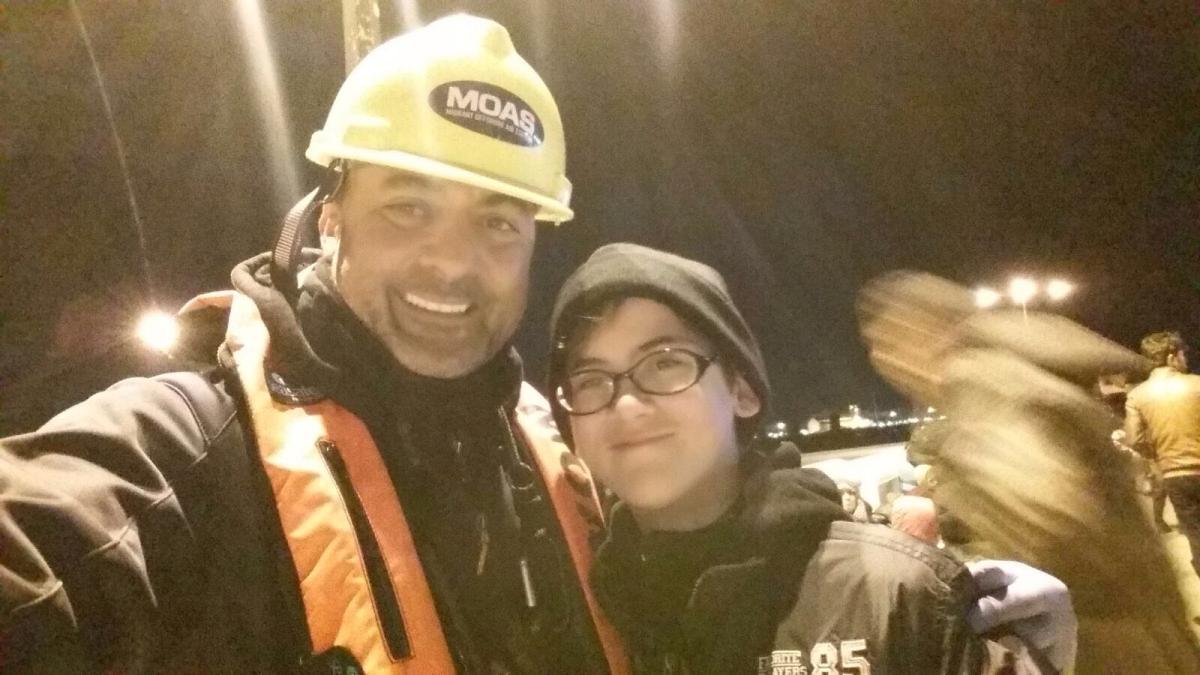 As I watched him walk away all I could think was to call my own children to tell them about the brave young boy I had just met. I wanted to remind them how blessed and lucky they are.

According to UNHCR statistics , 60% of refugees arriving by sea to Europe in February are women and children.