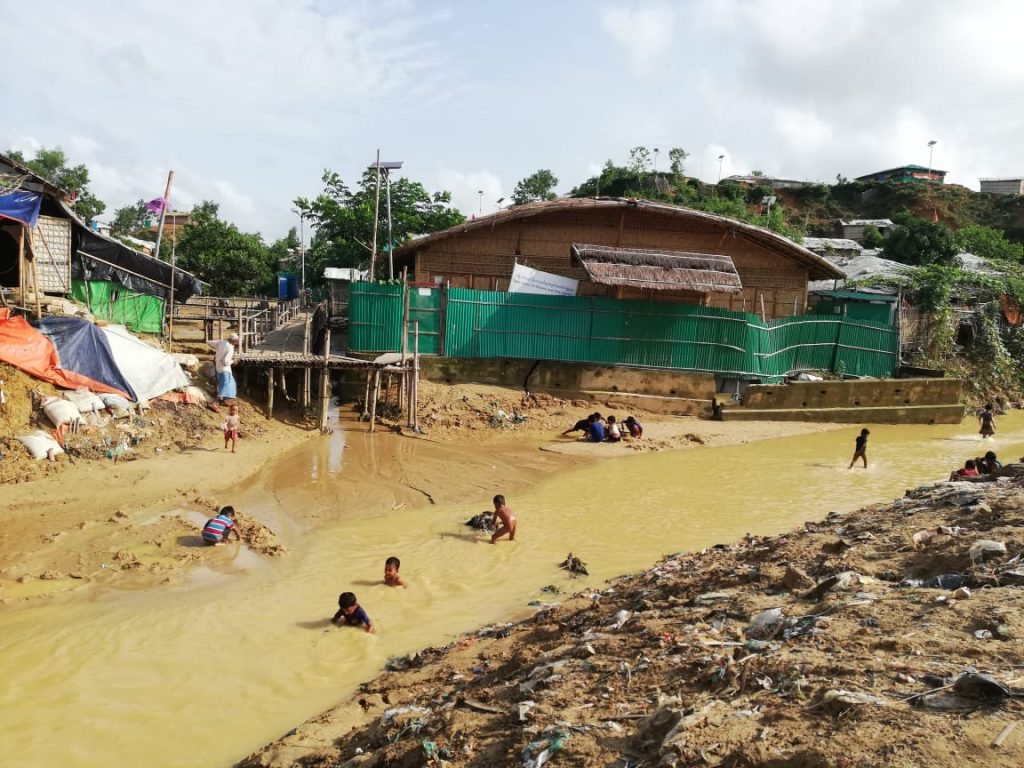 According to the UNHCR, climate change is the defining crisis of our times and disaster displacement is one of its most devastating consequences. Along with conflict, political instability, and social unrest, climate change is one additional factor that is contributing to the ongoing refugee crisis.

Environmental change and climate-related disasters are increasingly driving migration.
The World Bank estimates that, by the end of the century, over 140 million people will be forced to migrate due to more frequent and intense weather-related events – such as floods, droughts and storms, and slow onset events which include desertification, sea-level rise, ocean acidification, and rain pattern shifts.

To date, no legal definition exists for persons on the move due to environmental factors. However, a conceptual framework to define environmental migrants has been developed by IOM and it states as follows:

“Environmental migrants are persons or group of persons who, predominantly for reasons of sudden or progressive change in the environment that adversely affects their lives or living conditions, are obliged to leave their habitual homes, or choose to do so, either temporarily or permanently, and who move either within their country or abroad”.

Although this definition is broad and flexible, it appears clear that environmental migrants add to the millions of people already on the move due to economic, social, and political reasons.

Climate change disproportionately impacts the majority world, and more specifically fragile states and communities located in arid and semi-arid lands. Due to extreme weather events which include, among others, temperature irregularity and rapid rainfall fluctuations, the immediate consequences on the population are food and water shortages. Climate change also makes access to basic facilities, such as medical clinics and hospitals, extremely difficult.

In Yemen, a country already torn apart by civil war and with a history of food aid dependence, climate change is causing dramatic problems: catastrophic climate events that in the past were, statistically, once-in-a-century, are now becoming more and more frequent: in one week, two tropical cyclones walloped Yemen in 2015 and another two hit Yemen in 2018.
The Yemeni population is suffering. Due to a rapid population growth and overexploitation of groundwater, the country is experiencing extreme water scarcity. Furthermore, climate change is expected to increase temperatures, variability of rainfall and heavy precipitation events in the country, causing crop insecurity. Protracted conflict, climate change and a disastrous economic conditions are putting at risk thousands of Yemeni men and women and exposing children to malnutrition and commutable diseases.

Climate change in Somalia is causing droughts, flash floods and unpredictable rainfall, cyclones and sandstorms, and extremely high temperatures. These extreme events are worsening the already existing tensions in the country and are affecting the livelihoods of the Somali population as water and food scarcity are the immediate effects of extreme weather events. These immediate effects consequently increase the risks of violent conflict in the country and the forced displacement of thousands of people. Once again, climate change interacts with political, social, and environmental stresses already existent in the country, worsening pre-existing vulnerabilities and tensions.

Yemen and Somalia are two countries where humanitarian aid is needed now more than ever. By partnering with international non-profit organisations and local aid agencies such as Adra Yemen and International Medical Corps, MOAS delivers nutritional aid in Somalia and Yemen; in the latter, MOAS also delivers supportive pharmaceuticals.

Since 2017, MOAS was also present in Bangladesh, a country that has been frequently facing extreme climate change events, including floods, droughts, sea-level rise, and cyclones. The effects of climate change in the country are multifaceted and are both detrimental to the environment and the country’s population – who are hosting the largest refugee population in the world.

To mitigate and respond to the risks caused by climate change and environmental hazards, MOAS was providing its expertise to improve disaster risk reduction. With the Flood and Water Safety Training courses, MOAS technical experts are training refugees and host community volunteers to act as first responders in the case of water-related emergencies. MOAS technical experts are also designing fire safety and response projects to support the population to mitigate fire risks.

Climate change is posing a real challenge/threat to countries around the world; however, vulnerable populations are the most affected by its consequences.
Until world governments start to tackle this worrying situation, humanitarian aid will be increasingly needed. On its part, MOAS is – and will keep on – delivering humanitarian aid to Yemen and Somalia and will ensure the implementation of Disaster Risk Reduction.