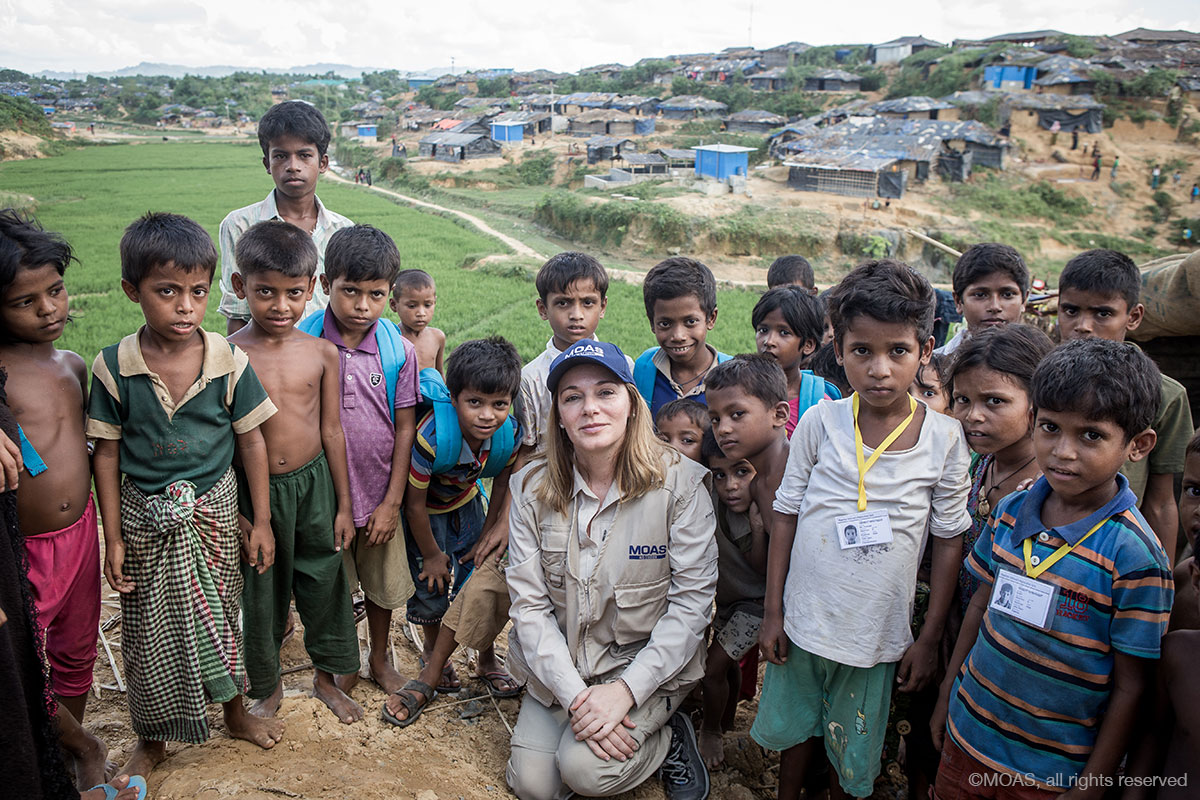 A New Year Message from our Director

As MOAS looks to a new year ahead, we share with you a message from our Director, Regina Catrambone.

2017 began with a hostile and suspicious atmosphere surrounding Search and Rescue (SAR) NGOs working to assist migrants in distress at sea. In fact, NGOs became a major target of political propaganda. With great dismay we experienced a change in the general attitude toward us, and it was difficult to understand the evolution of the approach to migration; it was as if instead of working to prevent casualties at sea, these same casualties were being increasingly used as a deterrent to stop people leaving Libya.

Despite fake news and groundless allegations, we decided to continue our life-saving mission at sea, and on April 1st we set sail for the SAR area. Before suspending the mission at the end of August, we rescued and assisted around 8,000 children, women and men. During the Easter weekend, the MOAS team faced an unprecedented and desperate situation: we assisted almost 1,800 people, while an estimated 8,500 were rescued in total during that weekend alone. We had already reported a worsening of the situation at sea where we worked under the coordination of the Maritime Rescue Coordination Centre (MRCC) based in Rome, mainly highlighting multiple departures, unseaworthy vessels, more and more people being crammed into the hold of wooden boats, escalating violence, and the signs of physical and psychological abuse among those rescued. 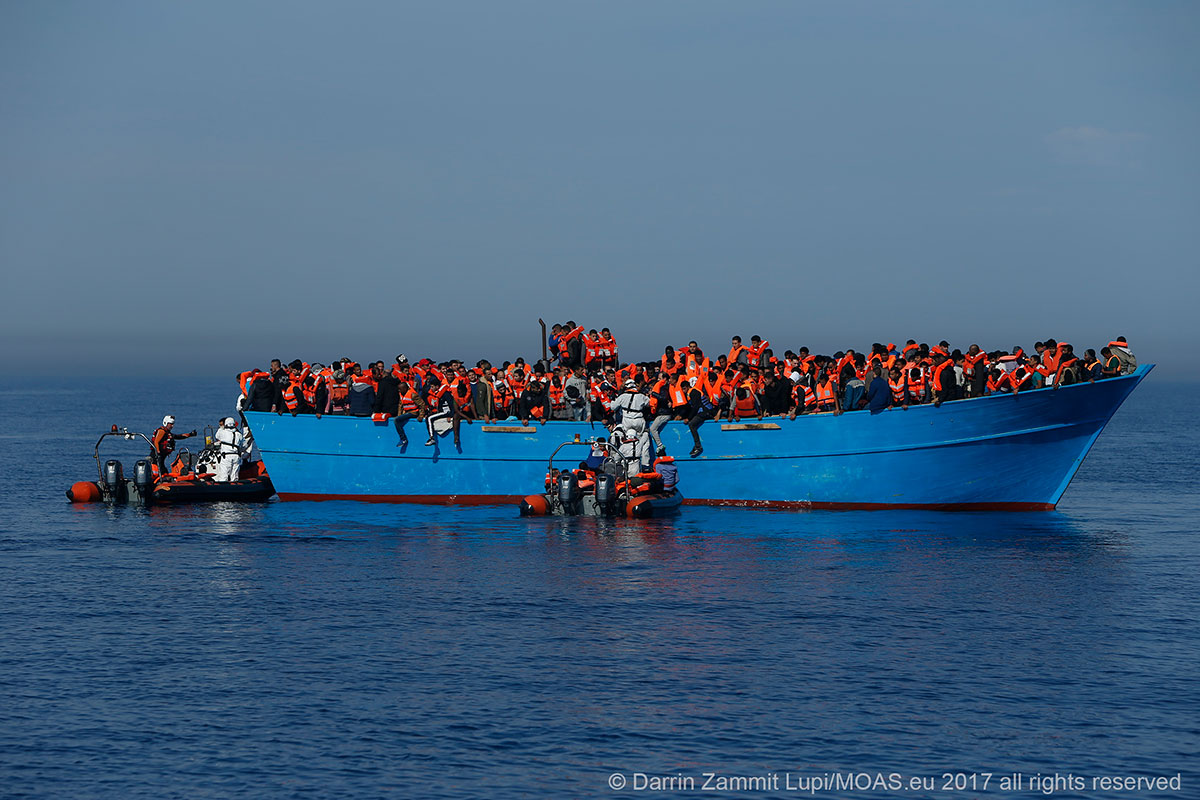 Nevertheless, the priority no longer seemed to be saving human lives, but preventing and decreasing arrivals, making the working conditions in the SAR area more and more difficult, while discrediting those who were still operating at sea. The climax – both in terms of fake news and of people rescued – was between April and May. On August 1st we officially announced that we had signed a Code of Conduct to further regulate SAR activities, demonstrating our determination to actively cooperate with authorities and rescue as many people in need as possible. However, at the end of August, the scenario changed again, preventing us from continuing our SAR mission in good conscience and in full respect of our founding principles. On the one hand, our SAR team members were operating in less safe conditions and were exposed to increasing risks and dangers; on the other hand, we did not want to become part of a mechanism which focused only on borders, with no concern for human rights or abuse to the detriment of the most vulnerable people.

So, despite being the first private organisation taking part in SAR activities, first supporting Mare Nostrum and later inspiring other organisations to mitigate the loss of life at sea, at the end of August we decided to suspend our mission in the Mediterranean to focus all assets, resources and energy in South East Asia, where after August 25th the situation rapidly deteriorated due to increasing violence against the Rohingya population in Myanmar. As more than 655,000 Rohingya have fled to Bangladesh to avoid repression, the humanitarian crisis has worsened in the overcrowded official or makeshift refugee camps and settlements, providing fertile ground for the outbreak of communicable and water-borne diseases. Such diseases are currently a major  threat to people’s health, so we have made our MOAS Aid Stations available as vaccination sites to prevent measles and diphtheria under the leadership of the Bangladeshi government and WHO (World Health Organisation). 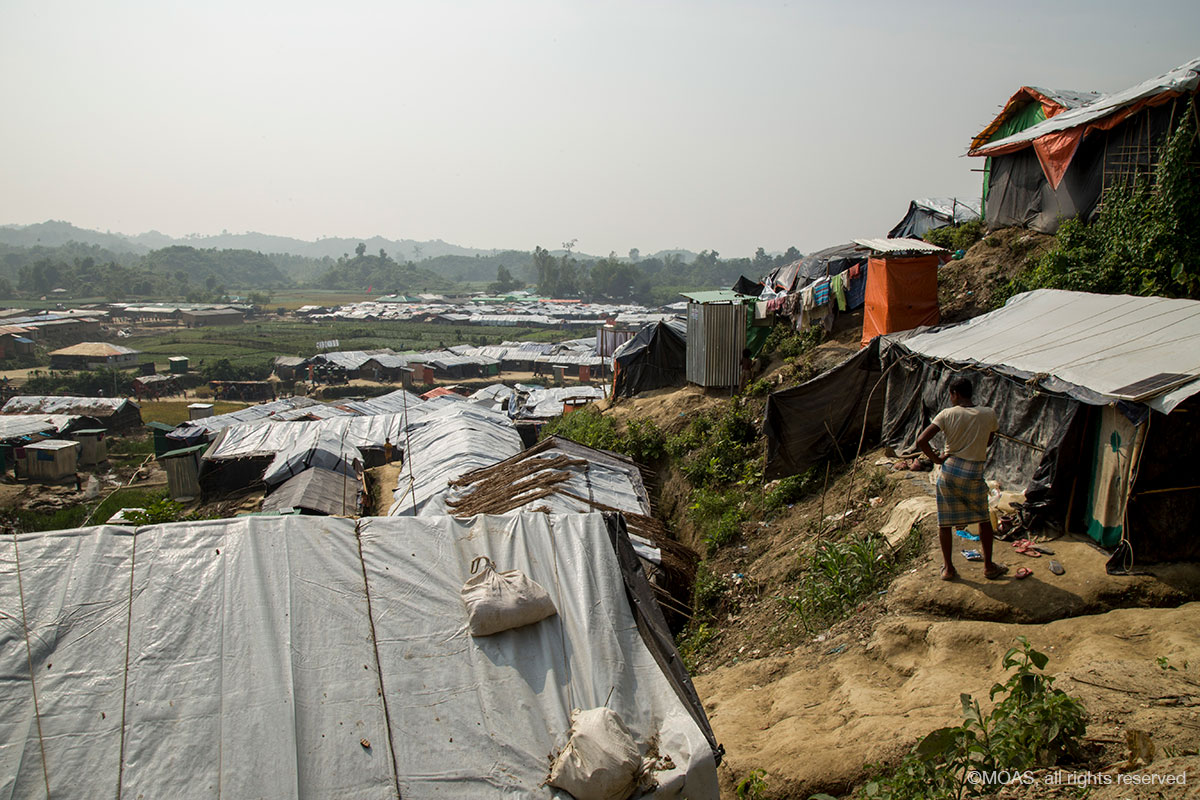 Between September 4th when the Phoenix arrived in South East Asia and the end of December, we have achieved several important milestones: more than 40 tons of food and humanitarian aid have been delivered to the Bangladeshi government, which is facing such a desperate situation alone without renouncing solidarity with those arriving; two field clinics – our ‘Aid Stations’ – were opened in the space of just one month (on October 14th and November 10th) first in Shamlapur and then in Unchiprang, where we overcame many obstacles due to its remote position; more than 22,000 people have received free and high-quality medical care and assistance, together with emotional and psychological support. Bureaucracy, communication and a new operational scenario – on land for the first time – have posed enormous challenges, but we have never allowed ourselves to be discouraged, and our belief in the universality of human rights has never been so strong. 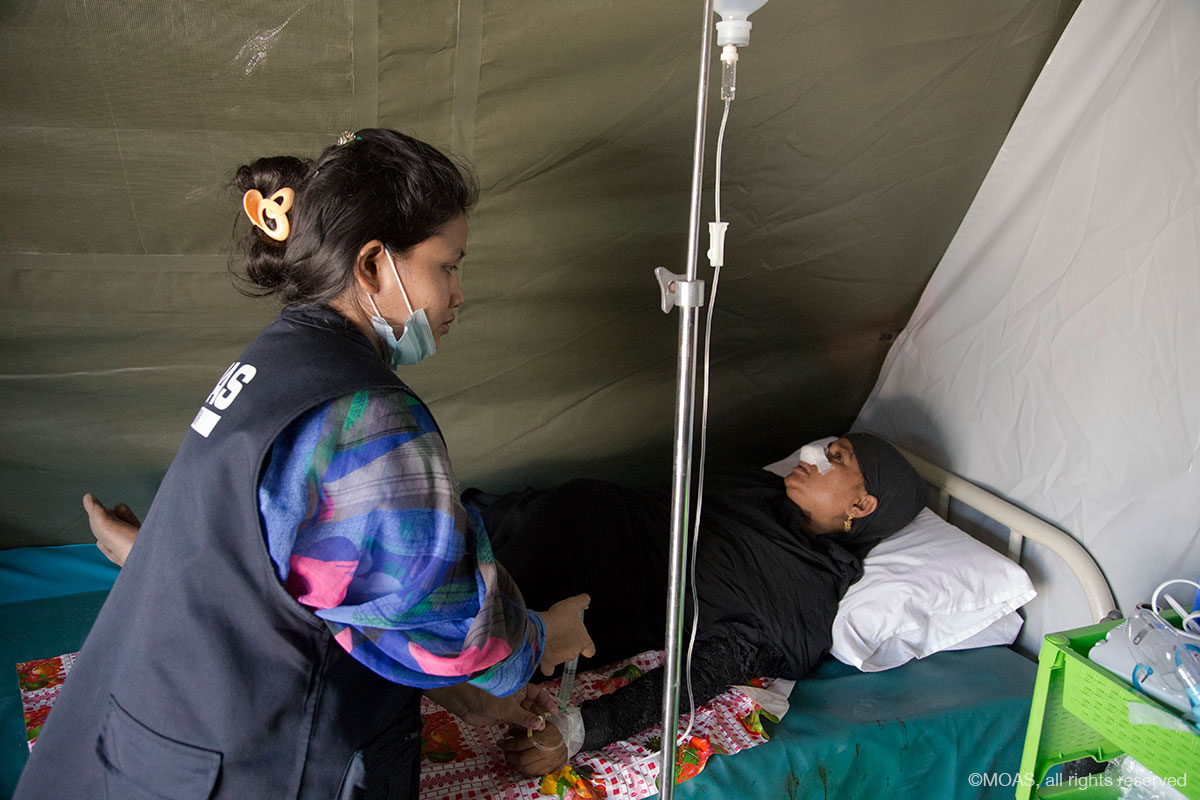 MOAS was created as a humanitarian organization aimed at mitigating human suffering: we have never believed in our geographic proximity as our guiding principle and never focused only on what surrounds us. As safe and legal routes largely do not exist for those forced to flee their homelands, traffickers are aware of the lack of alternatives and, without any consideration for official legislation, anticipate the needs of the most vulnerable people who risk everything to reach safety. This is why two years ago we launched a campaign to open safe and legal routes to prevent the need for deadly journeys and the services of traffickers. We strongly believe in such solutions pursuant to International Law since, as reaffirmed by William Lacy Swing (IOM), “Where governments don’t act, human traffickers will”. In this spirit,  between December 14th and 15th we took part in a UNHCR evacuation of 74 highly vulnerable people, among them 51 children and 22 women, who had been trapped in Libyan detention centres before being taken to safe facilities in Niger, where they will wait to be resettled to a country where they can rebuild their lives.

This year has certainly been very intense and challenging, with enormous changes and great achievements for MOAS. We would not have succeeded without our precious team and international community of donors and supporters. As this new year begins, we renew our hope and commitment to helping those in need, and will work towards building a peaceful and welcoming world, one in which solidarity prevails over egoism and rights over abuse.

If you are interested in supporting MOAS’ work, please give what you can at www.moas.eu/donate or consider becoming a fundraising activist on www.moasfundraising.com. You can listen to a podcast about our work in Bangladesh here, or read about our first delivery in our Shamlapur Aid Station here. Spread the word about our work by sharing our stories on social media and sign up to our newsletter for regular updates.