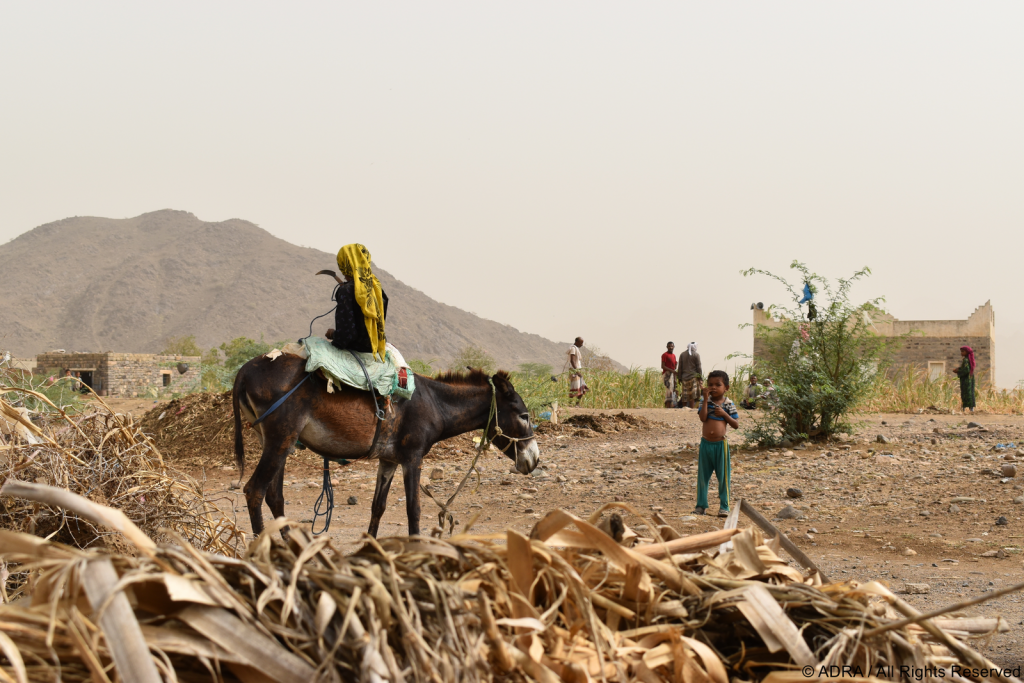 Since the end of 2014 Yemen has been experiencing a bloody civil war across the country, which has had a devastating impact on the local population. Thousands of civilians have been killed and injured amidst the fighting and around 24 million people, over 80% of the population, are in desperate need of humanitarian assistance.

Four years on since the start of this conflict, Yemen continues to be referred to as the world’s worst humanitarian crisis due to the impact the war has had on its civilians with over 20 million people lacking sufficient food.

The destruction of vital infrastructure across the country has made access to basic facilities such as schools and hospitals all the more challenging. This destruction, along with the lack of access to medical care has resulted in the rise in diseases such as cholera and diphtheria, with over 10,000 suspected cases of cholera being reported every week in five of the most affected governorates in the region.

Since 2015, ongoing violence in the region has forced 3.65 million to leave their homes in search of safety elsewhere in Yemen and a further 326,620 have been internally displaced since January this year. For these families the destruction of infrastructure has been all the more disastrous, leaving thousands vulnerable to water-borne infections as a result of poor sewage facilities and malnutrition due to economic instability and lack of access to healthcare assistance.

At the end of 2018, in response to this ongoing crisis in Yemen, MOAS extended our operations to this region in an attempt to provide aid to the Yemeni communities caught in the crossfire of ongoing conflict and political unrest.

It is notoriously challenging to get aid into Yemen due to political tensions and restrictions, but thanks to the support of our in-country partners, ADRA, we were able to successfully deliver 27 tonnes of nutritional aid and €120,000 worth of medical supplies to the port of Aden. ADRA have since coordinated the distribution of these deliveries across local governates.

“With the prevalence of diseases and malnutrition in Yemen, providing good quality medicine and nutritional foods is even more vital nowadays. When MOAS agreed to partner with ADRA and support our health and nutrition activities, we were ecstatic because we knew that this strategic partnership would mean we could elevate the quality of our services for the communities that we serve.” – Don Magbanua from ADRA, Yemen

The first nutritional supplies were provided by our partner Edesia, a US-based nutrition company which manufactures calorie-dense sachets specifically formulated for paediatric malnutrition refeeding programmes. We are also grateful to long-time MOAS supporters Ed and Barbara Shapiro, and the Ruth and Hal Launders Charitable Trust for sponsoring this shipment.

The preventative nutrient supplements provided by Edesia were Nutriset’s Plumpy Doz which are specifically created for children six months or older who are at risk of developing acute malnutrition and provide all the essential nutrients required to prevent malnutrition in children whose diets are severely lacking. This nutritional support will help promote healthy development in children whilst allowing parents to support their children’s rehabilitation at home, rather than in hospitals or clinics which are increasingly difficult to access. 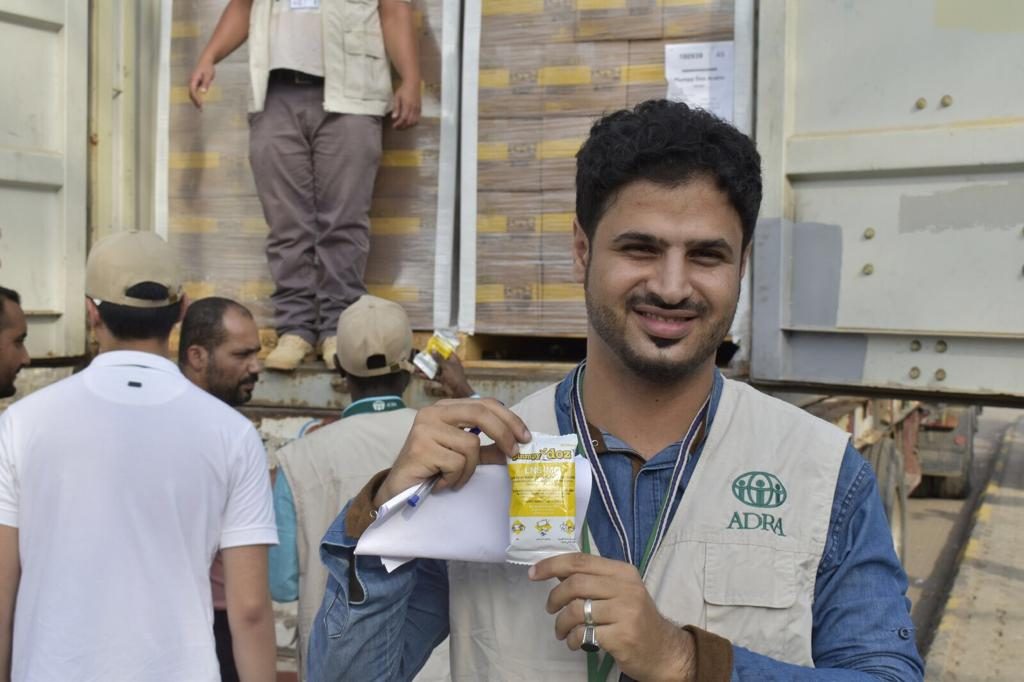 The second shipment, meanwhile, contained medication and equipment to combat maternal deaths as Yemen currently holds alarmingly high maternal mortality rates, at 385 deaths per 100,000 live births. Iron and vitamin supplements were also distributed to help meet the needs of some seven million Yemenis suffering from iron-deficiency anaemia as a result of malnutrition.

Furthermore, in the first five months of this year alone Yemen experienced more suspected cases of Cholera than the whole of 2018 and consequently intervention treatments have also been distributed as part of this operation to local Yemeni communities to help tackle the country’s worst cholera outbreak on record.

These supplies were distributed by our partners through the established health cluster and nutrition pipeline and this delivery would not have been possible without the generosity of action medeor, Aktion Pro Humanität and the foundation of family Seibt, whom we thank for helping MOAS to keep hope alive where it is needed the most.

Ute Hoffmann, from Action Medeor, is responsible for coordinating medical shipments to Yemen and said of the operation:

“Talking to our partner organisations in Yemen constantly reminds us how important it is to keep supporting the local population. Together with NGOs who are on-site such as MOAS we are able to bring and distribute the much needed medicines to those in need. We are very grateful for the cooperation with MOAS, because our mutual goal is to help the needy with urgently needed medicines and medical equipment.” 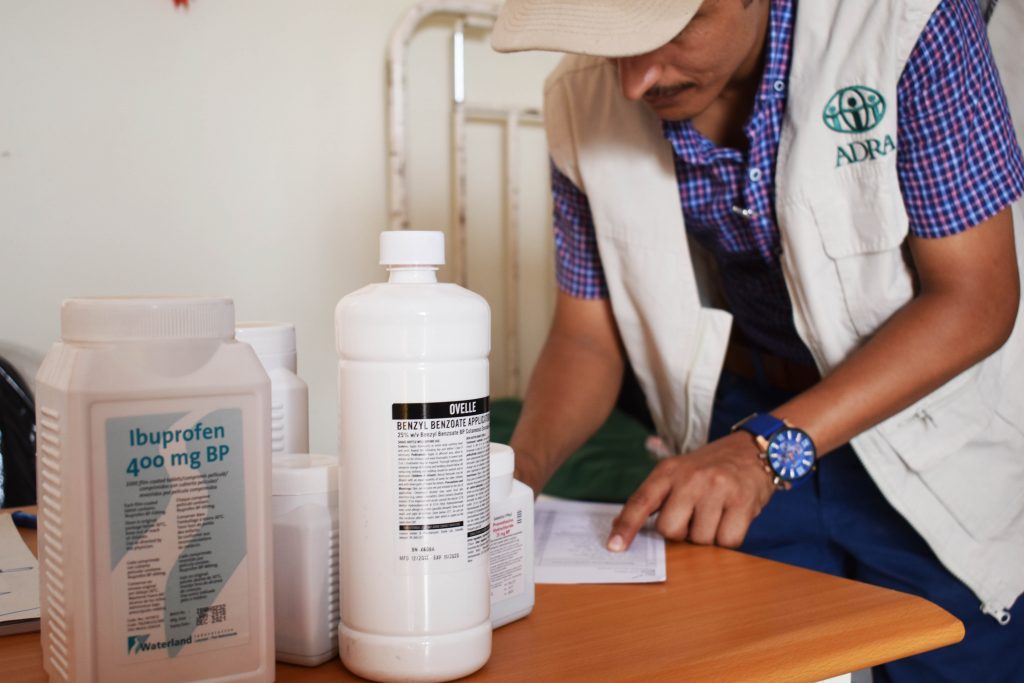 MOAS is delighted at the success of these deliveries and as their distribution continues, we look forward to continuing to work collaboratively with these partners to deliver more aid and medical assistance to vulnerable Yemeni communities in this war-torn region in the near future.