Updates on Libya – Violence in Tripoli, and new Evacuation Flights 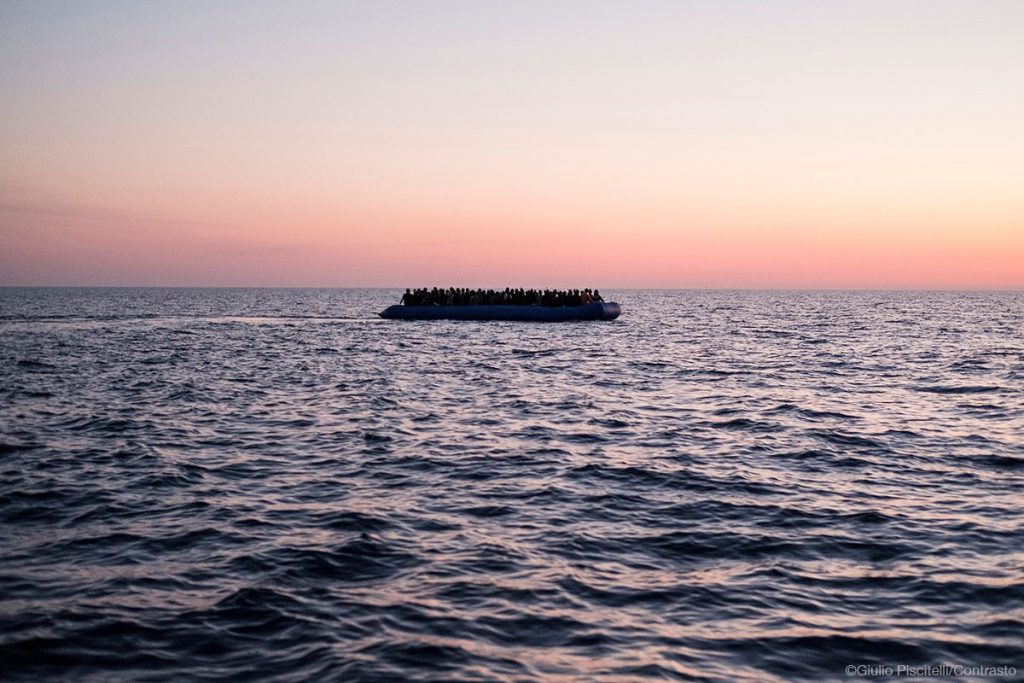 At a relatively short distance from Europe, Libya has for some time served as a transit country for migrants, some of whom intend to cross the Mediterranean and enter the European Union. The ongoing civil war in Libya, which began in 2011 (and again in 2014), has had a profound impact on the migration situation, an impact which has become all the more apparent since April this year with escalating violence in Tripoli and the surrounding areas. This recently led to the deaths of over 40 migrants after a detention center was destroyed during an air raid, injuring over 130 others.

The possibility to move on from Libya across the Mediterranean is also diminishing, as the EU’s Operation Sophia relies more heavily on the Libyan Coastguard leading to further pushbacks into the warzone. The dangers of this situation are highlighted by the recent fatal shooting of a Sudanese migrant who had been returned to Libya. With no immediate end to the conflict in sight, a solution to ensure the safety of the migrants caught up in the conflict is now a priority.

The conflict began in 2011 as part of the Arab Spring, ending the 42 years de facto leadership of Muammar Gaddafi. Since then, a seemingly intractable situation of instability has moved into the power vacuum, and continues to plague the country, with various factions fighting for control over parts of the Libyan territory. An escalation in the violence began in April this year, especially in the capital Tripoli, in a campaign which has already claimed upwards of 1000 lives. Against this backdrop, the commitment of the conflicting parties to international laws which protect the rights of civilians, including migrants, during wartime has been repeatedly called into question.

Widespread volatility across the country has left over 300,000 Libyans internally displaced. The civilian population have found themselves subjected to the effects of political collapse, including the tactical disruption of water supplies and the use of rape as a form of warfare. In addition to the internally displaced population, there are around 48,000 refugees and asylum-seekers registered in the country. These have mostly migrated from other parts of Africa and do not have legal status in Libya. For the 6000 or so migrants being held in one of the detention centers, the conditions have been described as deplorable. The centers, which are run by various groups including militias, have been implicated in a variety of human rights abuses leading to an international outcry for intervention to protect the migrant detainees.

As the bloodshed continues unabated in the Libyan capital, there is increased pressure to find a timely and practical solution for the migrants detained there to move them from harm’s way. One of the main ways in which this is currently being achieved is through UNHCR Libya’s planned evacuation flights to destination or transit countries. The international agreements and funding requirements necessary to implement these flights are no mean feat and require extensive brokering with both European and African countries, as well as a combination of private and public donations.

The first of these evacuation flights was successfully carried out in 2017, in a collaborative effort between MOAS and UNHCR, when 74 migrants identified as persons of concern were evacuated to Niger. Since then the Niger transit program has grown and evolved, and during 2019, an estimated 2000 refugees will have been evacuated to Niger, all with guaranteed resettlement places in third countries. Since then, a number of other flights have taken place including most recently to Rwanda, who received their first migrant flight on the 26th September – with 66 refugees including 26 children on board. Flights are also taking place from Libya directly to resettlement countries such as Italy and Romania, removing the need for transition placement and allowing the process to be expedited for the most vulnerable.

Whilst by no means a perfect solution, these flights have been instrumental in ensuring the immediate safety of some of Libya’s most at risk refugees.

These solutions are urgently necessary as, in addition to the generalised violence, reports emerge of a raft of human rights abuses committed against migrants both in detention, and during coastguard run push backs in the Mediterranean. Examples include the torture of migrants at the hands of armed guards, the use of firearms against unarmed detained migrants, and cases of forced labour. Whilst these conditions persist, it is clear that evacuation flights, in addition to longer term solutions, must be implemented quickly and efficiently, to protect the rights, dignity, and safety of the many thousands of civilian migrants still trapped in Libya.

If you are interested in supporting evacuation flights, or want more info please email us at [email protected]