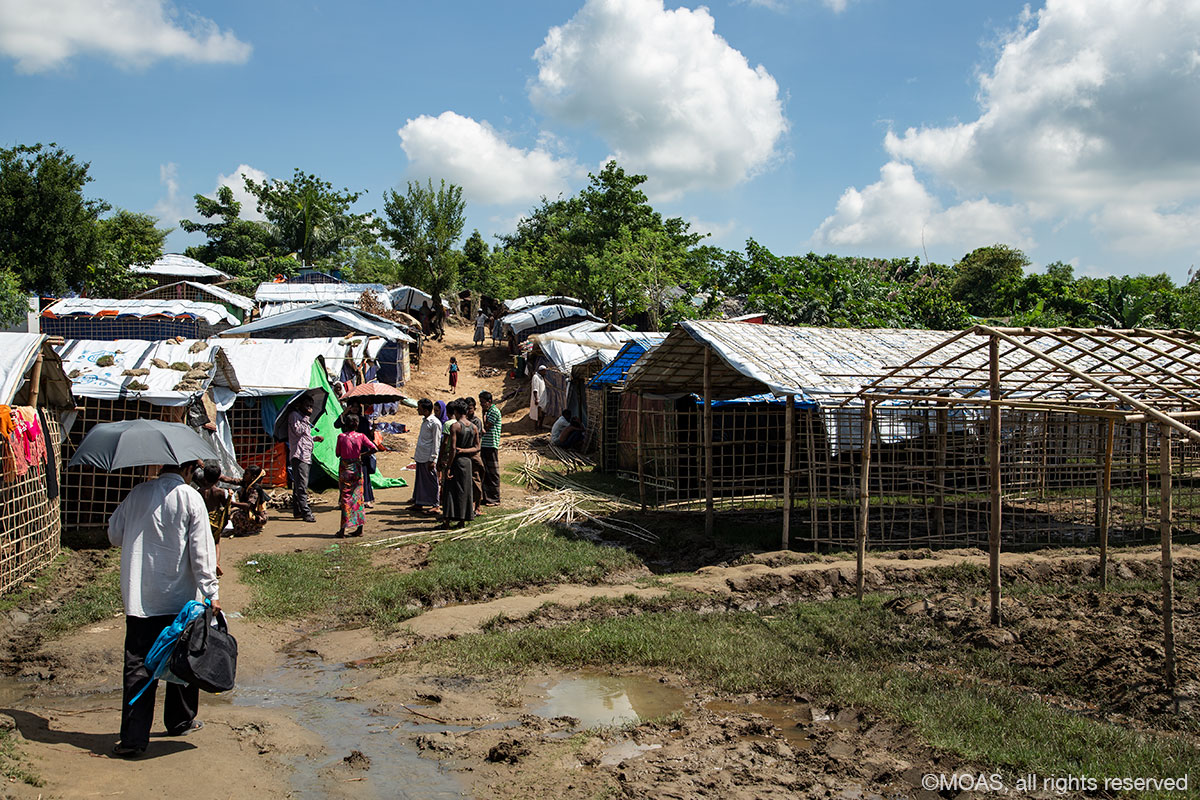 135.7 million. This is the number of people that are directly affected by a humanitarian crisis around the world (UN OCHA). Violence is the driver behind most of their stories, and together with climate change, they continue to be a source of insecurity, displacement and unmet basic needs.

Within the last few years, much of the focus on refugees has been around Europe and the Middle East despite Uganda being home to the fastest growing refugee crisis in the world. Last year, the number of refugees from South Sudan surpassed one million, and this year there has been an influx of refugees fleeing violence in the Democratic Republic of Congo, most of which arrive from the Ituri region.

Uganda’s progressive approach to asylum has allowed many to escape death, though the journey to safety is a perilous one. Every person now living at the Bidi Bidi refugee camp – one of the largest in the world – has a different story to tell. Some have seen their communities completely destroyed, some lost their parents and have been taken in by fellow residents, and others were separated from their family and keep hoping for the day when they will be reunited. Bidi Bidi is their home for now, but due to the increase in arrivals their living conditions are extremely precarious. According to the UN Food and Agriculture Organization (FAO), the camp was originally built for 40,000 residents and it currently hosts almost 300,000 people. On top of this, there is a lack of aid. Last December, the UNHCR reported that only 34% of the funds requested for the Sudanese refugee response programme had arrived. As a consequence, the protection of certain vulnerable groups has been highly inadequate, particularly in regards to women and girls, and the LGBT community.

As part of the so-called Arab Spring in 2011, protests spread across Libya, with government forces rapidly responding with violence. Soon after that, the country was embroiled in a civil war. Despite parliamentary elections being held in 2014 and a UN-backed ‘unity’ government being installed in 2016, there is no central government. The control of the country is divided between the UN-backed government (Government of National Accord), Haftar forces (Libyan National Army), the Toubou militia and the Tuareg militia, amongst other local militias and armed groups. As Human Rights Watch report, clashes between these groups have devastated the economy and government services. Executions, kidnappings, and violent attacks, most of which target civilians, take place on a daily basis. Additionally, Daesh continues to be present in the region, and despite losing Sirte in 2016 and fleeing Benghazi in 2017, their power remains prevalent in the north east region, south of Sirte and Bani Walid.

According to UNHCR, there are still 217,000 Libyans who are internally displaced (IDPs), despite many returns taking place since April 2016. With only 20% of Primary Heath Care Facilities being operational, power cuts taking place every day for 4-5 hours, 637,000 people in need of food assistance and only 64% of the affected population having access to safe drinking water, many Libyans rely on international aid to survive. According to the UNHCR, 85 million USD are needed to ensure basic needs are met.

On top of this, most migrants taking the central Mediterranean route travel through Libya. Last November, the IOM reported that most of the 161,010 arrivals to Europe since January had departed from Libya. Despite international pressure, there are still 17 detention camps open in Libya, where inconceivable human rights violations take place. As CNN uncovered in October of last year, many of these migrants are sold as slaves for as little as 400 USD. Despite the widely reported cases of abuse and forced return, not much has been done; instead the EU has mobilised €182 million on migration-related projects for Libya despite sanctions having been imposed on Libyan coastguards linked to EU-funded projects. With rising tensions around search and rescue operations, the situation can only get worse.

The violence and persecution in the Northern Triangle of Central America (Guatemala, El Salvador and Honduras) has been widely reported, yet not much is broadcasted on the effects of climate change in the region. The dominant discourse has attributed the exodus of women, children and men from the region to the ever-increasing gang-related violence, and even though there is an undeniable link between the two, the region’s climate crisis has been silently creating victims for the last decade, mainly due to long drought periods and extreme weather events.

According to the UN’s Food and Agriculture Organization, there are 1.6 million people in the region who are food insecure and 3.5 million who are in need of humanitarian assistance. Droughts and adverse weather cycles have led to around 50-90% of grain crops being lost, resulting in a 17 million funding gap to ensure basic needs are met.

Climate-led humanitarian disasters tend to have fewer casualties than those caused by conflict and violence, which results in many crises being overlooked. In the case of Central America, violence and climate change are interconnected – with violence sometimes occurring as a result of food insecurity. A failure to recognise the importance of climate-led crises and its link to violence will only lead to ineffective action and continued suffering. In the case of Guatemala, for example, recent droughts have resulted in almost 500,000 being at risk of malnutrition, and the recent Fuego Volcano eruptions have led to 332 missing, thousands displaced, and 1.4 million at risk of toxic gases and ash.

In the face of such complex and multi-faceted crises, humanitarian organisations around the world – from international non-governmental organisations to grassroots groups – are working to mitigate suffering, raise awareness, and advocate for sustainable solutions.