The Humanitarian Crisis in the Mediterranean 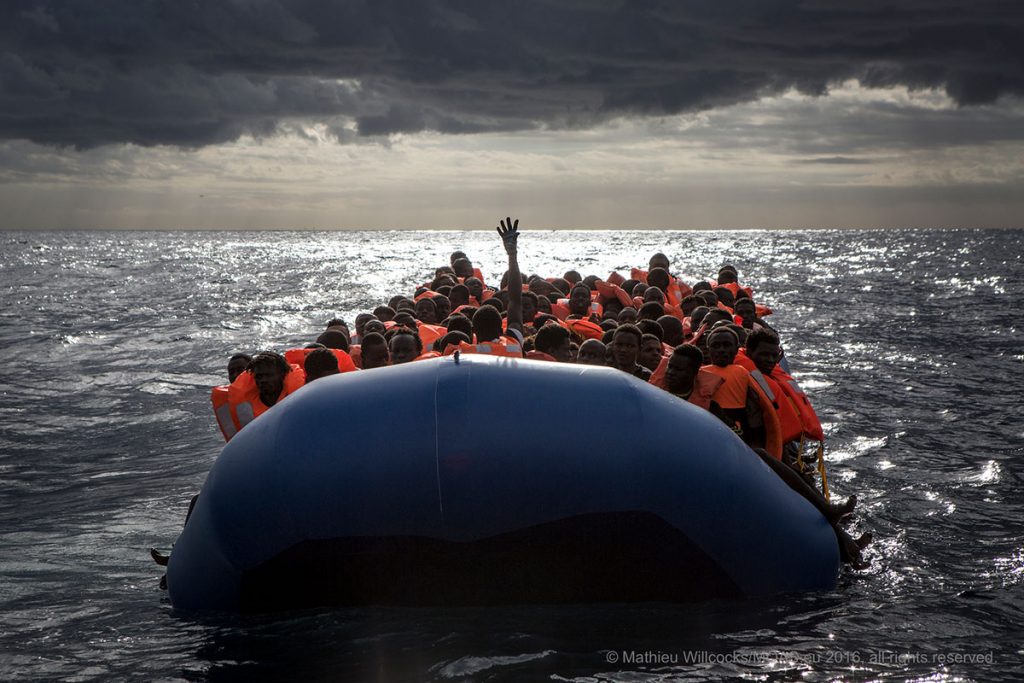 In June 2018, almost 1 in 10 people died or went missing after departing the Libyan coast by boat. As this grim figure demonstrates, the Central Mediterranean is currently experiencing a huge increase in the number of people drowning while attempting to reach safety. According to the IOM, 564 people died or disappeared in June alone.

The increase in deaths comes despite the fact that the number of attempted crossings has fallen sharply since last year. In 2017, there were 105,648 attempts and 2,220 lives lost; so far this year, there have been 32,708 attempted crossings, resulting in the deaths of 1,083 children, women and men (Missing Migrants, IOM). Of those who survived, only 17,114 people reached Italy; the rest have been intercepted and returned to Libya by the Libyan Coastguard, where they are held in detention centres in desperately overcrowded conditions and exposed to serious human rights violations.

The past weeks have also witnessed an unprecedented clamp-down on the work of Search and Rescue (SAR) NGOs in the Central Mediterranean, as ports have been closed to ships carrying rescued refugees and migrants. This has led to a series of crises in which NGO ships carrying hundreds of people have spent days at sea waiting for the resolution of ad-hoc negotiations between European states about the destination of those on board, leaving people who had survived long, brutal journeys to face yet more uncertainty.

Beyond the disruption and distress caused by the failure of states to swiftly provide safe ports of disembarkation, a number of SAR NGOs have also seen their assets impounded, resulting in a profound reduction in SAR capacity in the Central Mediterranean. It is against this backdrop that the number of drownings and tragedies at sea is soaring; in the past days, harrowing reports have emerged of two women and a child being abandoned at sea by the Libyan Coastguard. On arrival at the scene, the team of Proactiva Open Arms – the only NGO currently at sea – found the child and one of the women already dead.

How did we get here?

The current crisis has been years in the making. The end of Mare Nostrum in late 2014 – and the resulting loss of life – saw civil society step in where Europe would not, with MOAS pioneering the concept of non-governmental SAR operations. As we were joined at sea by other humanitarian actors, we witnessed the ever-growing need of those we rescued, as the push-factors for their movement – conflict, persecution and poverty across the Middle East and Africa – continued unabated.

Despite the clear humanitarian need of those attempting to cross the Mediterranean – and the EU’s obligation to protect the human rights of refugees and migrants – the growth of anti-migration populism  has been accompanied by the increased ‘externalisation’ of EU asylum policy. Since late 2016, series of measures have been implemented that have sought to reduce the number of people reaching Europe across the Mediterranean, and have severely undermined the work of SAR NGOs.

These measures have focused on substantially increasing the capacity of the Libyan Coastguard to intercept and return boats in the Libyan SAR zone, and have required SAR NGOs to work under the coordination of the Libyan Coastguard. This is despite Libya not being recognised as a safe port, raising the likelihood of SAR NGOs being involved in operations where those rescued would be returned to face serious harm or torture in Libya. It was this consideration that led to MOAS’ shift in operations in August 2017, and in the year that has since passed the situation at sea has become yet more restrictive, with the UNHCR expressing concern that ships – both NGO and commercial – are being increasingly ‘discouraged from responding to distress calls through fear of being denied permission to disembark people rescued’.

What can we do?

Despite the bleak situation at sea, civil society is once again searching for solutions to the humanitarian crisis and advocating for the prioritization of human rights and lives. Protests in Italy, Spain, Germany and Malta have called for SAR NGOs to be allowed to continue their work unimpeded, while calls for increased European solidarity around the hosting of refugees are growing. A recent European-wide day of mobilization saw individuals and organisations – including MOAS – call for greater responsibility sharing among EU States to relieve the pressure on frontline states and implement coordinated, long-term strategies for the disembarkation and relocation of migrants and asylum seekers.

Responding to the recent events in the Mediterranean, MOAS Director, Regina Catrambone, has said:

“While politicians argue, people’s lives are at risk. MOAS stands in solidarity with NGOs currently operating in the Mediterranean Sea, and with everyone who defends the value of humanity against what Pope Francis has called the globalisation of indifference. European countries must agree on a coordinated strategy for rescuing and relocating those who are forced to risk their lives to flee violence or find a dignified future.”

The ‘peak season’ for crossings across the Central Mediterranean – when the number of attempted departures from Libya is at its highest – is rapidly approaching. In order to prevent the deaths of countless more children, women and men in the coming months, European-wide solutions that uphold human rights and the principle of solidarity must be found.

If you’d like to receive updates about the situation in the Mediterranean and the ongoing Rohingya crisis in Bangladesh – where MOAS currently operates two primary health centres – sign up to our newsletter at the bottom of this page or follow us on social media.