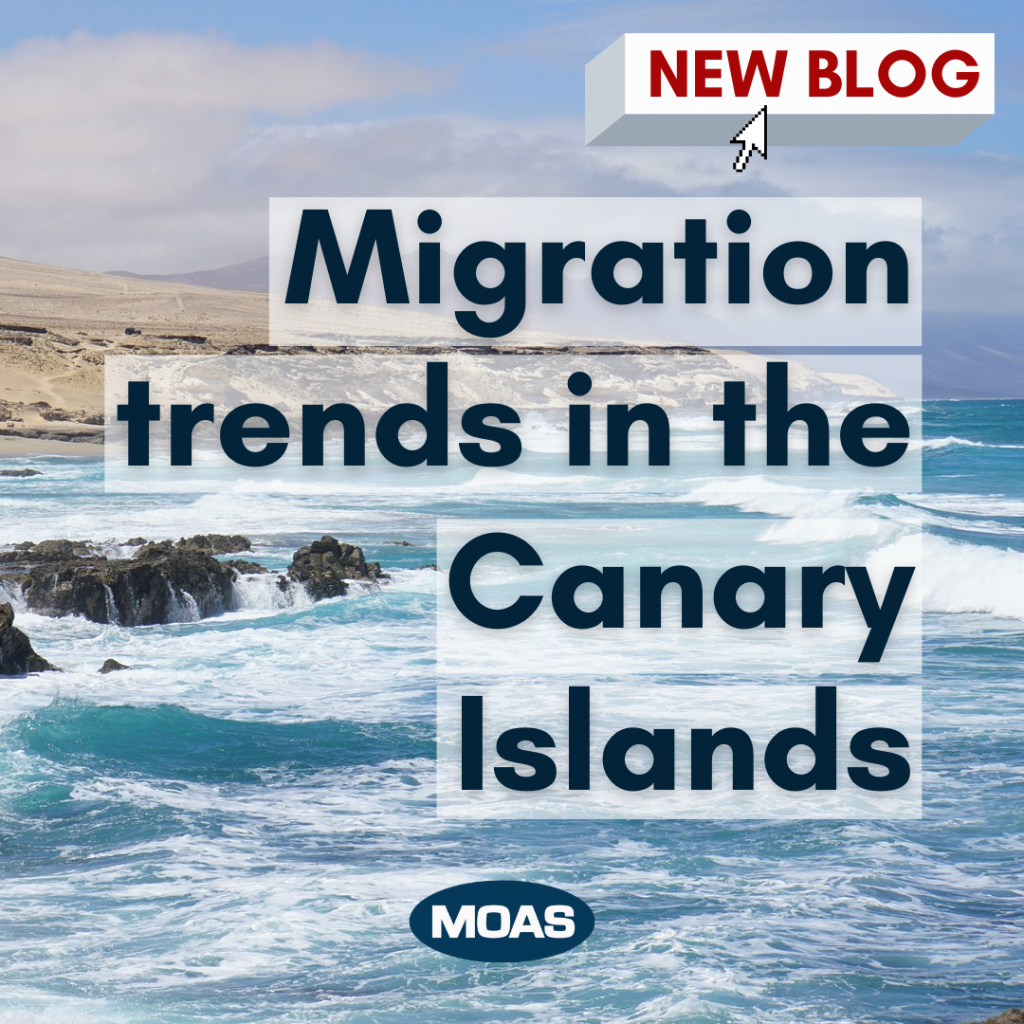 The Mediterranean is one of the most dangerous refugee crossing points in the world. In 2020 alone, 15,501 asylum seekers and migrants were reported dead or missing at sea along established maritime routes to Europe. As this year develops, Europe has continued to implement policies that marginalise individuals seeking sanctuary and we have begun to see the worsening humanitarian consequences.

According to Judith Sunderland, deputy director of Human Rights Watch’s Europe and Central Division, closing borders and clamping down on established migration routes will ultimately lead to the development of alternative and often riskier routes. Increasingly strict borders over Europe’s southern coast have begun to erode established routes across the Mediterranean, with asylum seekers and migrants pursuing more arduous routes to the Canary Islands. Depending on the departure point, boats may have to navigate up to 1,500 Km to reach the European Islands. At its very shortest, the sea crossing from the Moroccan coast to the Atlantic archipelago is around 100km, with particularly strong and volatile currents. According to IOM’s Missing Migrants Project, in 2020 alone – at least 849 individuals lost their lives or went missing attempting to reach the Canaries, and it is believed the actual death toll is significantly higher. In fact, NGO Caminando Fronteas estimated that over 1,800 people died trying to reach the Canaries last year. This particular sea crossing is one of the most hazardous in the world and yet due to increasingly tightened borders, migrants and asylum seekers are forced to pursue this route.

The reception system on the Canaries has been varied. The Public Ombudsman for Spain has openly criticised the archipelago’s overarching reception system, calling for one of the main sites, the Arguineguín camp, to be shut down immediately as the conditions were violating basic human rights. However, while the conditions of the camp were recognised as “deplorable” it was decided the camp would remain open as such conditions were not condemned as illegal. At Las Raices camp, a converted former military facility in Tenerife, migrant support groups have criticised the lack of facilities and overcrowding. According to Accem, a charity working at the camp, police recently used rubber bullets to break up a fight between migrants at the site over basic food supplies. This speaks to a wider entrenched issue within the camps, as overcrowded conditions and lack of resources are commonplace across the archipelago. On 24th March 2021, inspections at the camp found each tent housed upwards of 32 individuals in crowded spaces, making social distancing impossible. In 2020, around 15% of the individuals arriving at the Canary Islands were unaccompanied children and many have been housed in adult facilities without adequate support or protection.  There have been persistent calls for intervention at the sites to ensure living conditions are improved, however, as numbers continue to increase no such action has taken place.

Tensions have been high on the islands and reception has been varied depending on the region and hospitality of the community. During the initial stages of the pandemic, the Spanish Government had contracted vacant hotel rooms to alleviate pressure from the surrounding camps. However, when the contract finished later in the year many individuals had ended up living on the streets rather than returning to the overcrowded sites. Some hotel owners continued to run the hotels at their own expense to ensure individuals had access to basic amenities and resources that were scarce in the camps. Yet, there has been little progress in terms of a co-ordinated response.

While the narrative presented by the media and government has depicted the situation as a crisis, according to Estrella Galán, Director of the Spanish Commission for Refugees (CEAR), it is important that we recentre the conversation and really understand the structural root causes that have allowed the current situation to develop. Over the last few years, we have seen the EU’s continual withdrawal from Search and Rescue activities in the Central Mediterranean amalgamated with increasingly punitive measures towards those seeking sanctuary. Thousands of asylum seekers and migrants are being forced to take dangerous journeys in search for safety and protection. MOAS is committed to advocating for Safe and Legal Routes. Those seeking sanctuary should never have to risk their lives at sea and our migration policies should be guided by compassion in recognition of our shared humanity.