Stories of statelessness. Salim: born and raised in a refugee camp 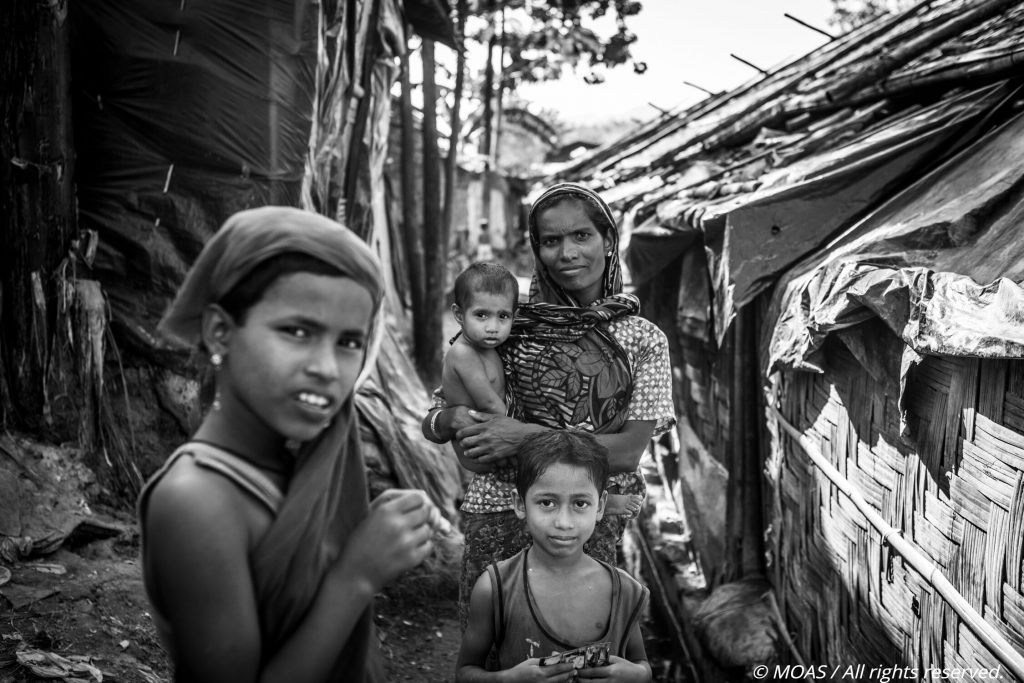 Since 2015, when we started to focus on Rohingya refugees, we listened to their testimonies, first in Myanmar and then in Bangladesh. The Rohingya, a stateless Muslim minority, have been persecuted since the 1970s, when entire families were forced to leave Myanmar to escape the continuous restrictions on freedom of movement from the lack of access to the health and the education system, to marginalisation, violence and, frequently, brutal armed repression. Although the Rohingya have lived for centuries in the northern part of the Rakhine region, the Burmese government does not recognize their right to citizenship or other basic human rights, a situation institutionalised by a the Citizenship law enacted in 1982. This legislative framework has generated a migratory flow to the surrounding countries and especially to Bangladesh. In 2017,  as a result of the escalation of violence by the Burmese military and some of the population, the Rohingya were forced to flee in dangerous conditions, generating a new wave of migration from Myanmar to Bangladesh. Comparing the current satellite maps with those of a few years ago the rapid growth of the refugee camps in Bangladesh is evident (from the expansion of  Kutupalong  to the creation of temporary camps such as that of Unchiprang). In the refugee camps several generations of refugees live together, from new arrivals to those who arrived 30 years ago and those who were born and raised within the camps.

Salim is a young boy who was born and raised in a mega camp of 600,000 people, Kutupalong, by refugee parents who fled from Myanmar. His strong testimony reminds us of the restrictions of life within the camp , living in a perpetual condition of extreme insecurity and discrimination. However, Salim has not abandonded his hope to one day be able to study, work and to live a normal life. Salim tells me that because of inadequate medical treatment within the camps he lost his mother and reminds me of the challenges of daily life as a refugee, saying that it feels like he’s in an open-air prison. Salim and many other young people who have grown up in this context daydream about a life outside the camp when one day they will have their citizenship recognised and will be able to return to their country.  Salim collaborates with MOAS in Bangladesh on different tasks and is currently working as a trainer in the Flood Rescue Training organised by MOAS to provide expertise for Rohingya refugees and Bangladeshi locals to deal with emergencies and monsoon season.

In this complicated situation, Salim considers himself lucky having received refugee status, unlike those who arrived in recent years and are considered “displaced people” and have therefore not received the same recognition.

According to UNHCR data, (May 2019) more than 910,000 Rohingya refugees live in the Cox’s Bazar refugee camps. 55% of refugees are children, 42% are adults and 3% are elderly. Millions  of people all over the world are currently statelessness; in 2017 about 70 countries declared a total of 3.9 million stateless people. Although, due to the nature of statelessness, the exact statistic is difficulty to determine and the UNHCR therefore estimate this figure to be up to three times higher.

On 4 November 2014, the UNHCR launched the #IBelong campaign to end statelessness by 2024, an ambitious goal to be achieved in just over four years. The campaign states “statelessness is a problem created by the human being and relatively easy to solve and prevent. With the necessary political will and public support, millions of people around the world could acquire nationality and prevent their children from being born stateless. The #IBelong campaign is supported by a comprehensive action plan that sets out concrete measures to help States resolve the problem. With the acquisition of the nationality, millions of stateless people around the world could gain full access to their human rights and enjoy a sense of belonging to their community.”