#Safeandlegalroutes: Safer Routes must not be achieved through discriminatory policies 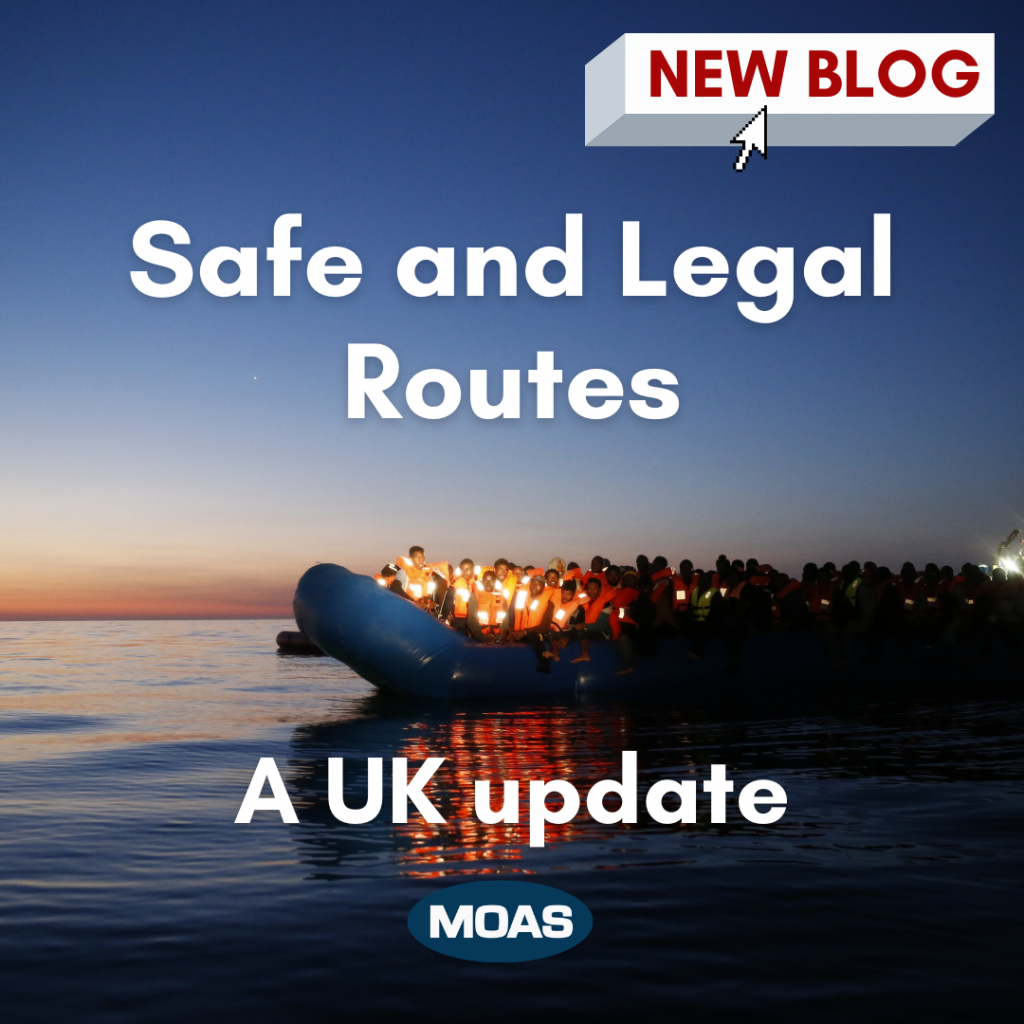 When UK Home Secretary Priti Patel highlighted the benefits in March of “safe and legal routes” for migrants – an issue MOAS has long advocated for – it might have appeared a moment for celebration.

However, her apparent commitment to lessen the hazards for those attempting to reach the UK, was in fact a controversial proposal to create, what critics have described as a two-tier asylum plan, based on how refugees arrive in the country.

The plan comes as part of a wider raft of immigration proposals which the home secretary says amount to “the biggest overhaul of the UK’s asylum system in decades”. It would seek to distinguish between those deemed by authorities to have arrived “illegally” – including those travelling via small boats from France – and those who arrived via legally accepted routes.

Under the measures being consulted on, those declared to have arrived by non-legal routes, would be offered reduced entitlements . Even if their asylum claim is successful they would be granted only temporary refugee status, and be forced to live indefinitely with the prospect of removal. Additionally, they would face limited family reunion rights and limited access to benefits.

It has also been reported that the UK would seek to ship asylum seekers out to other countries while their applications are processed.

Ms Patel has billed the proposal as part of a move to clamp down on people smugglers, who will face a maximum sentence of life imprisonment under the plan.

Pointing to those individuals and families who had lost their lives in an attempt to reach Britain via small boats, or hidden in the back of lorries, she pointed the finger at organised trafficking gangs, and said, “The way to stop these deaths is to stop the trade in people that causes them”.

Claiming the measures would create “safe and legal routes”, she said those seeking asylum should do so from the first EU country in which they arrive, rather than using mainland Europe as a base from which to try to reach Britain.

“If you illegally enter the UK via a safe country in which you could have claimed asylum, you are not seeking refuge from imminent peril, as is the intended purpose of the asylum system, but are picking the UK as a preferred destination over others,” she said.

However opposition politicians in the UK deemed the proposal to discriminate against people depending on how they arrive in the country to be “lacking compassion” and warned it threatened to create even more risks for migrants. A Red Cross representative described it as “inhumane”.

The current UK government has put considerable political focus on addressing immigration, however matters have been considerably complicated by the country’s “Brexit” decision to withdraw from the EU. Under the Dublin III agreement , EU countries agreed on a range of measures ostensibly aimed at speeding up asylum claims and recognising responsibility for processing them as lying with the first safe country of reached.

However, under the 1951 Refugee Convention, asylum seekers are not necessarily expected to claim asylum and seek refugee status in the first safe country reached. With Britain no longer bound by the EU agreement since Brexit, legal experts question whether EU countries are under any obligation to take back asylum seekers who reach the UK via Europe.

Without that option available, the UK government has been increasingly bellicose in the measures it has contemplated to prevent refugees reaching British shores, including widely-condemned proposals to send troops to the Channel.

While those advocating for better rights for migrants and refugees are committed to supporting legitimate moves to create safer routes, critics of the “UK’s” proposed system highlight that method of arrival does not reflect the many different desperate situations from which people are fleeing. As such it cannot be an adequate method by which to determine the legitimacy of asylum applications.

Legal experts have also suggested the proposals may breach international law – particularly Article 31 of the 1951 Refugee Convention,” “which states that parties ‘shall not impose penalties’ on refugees on account of their illegal entry or presence, provided they have good cause and present themselves to the authorities without delay.

MOAS is committed to advocating for #SafeandLegalRoutes, but it is vital the UK government does not use legitimate concerns for migrant safety as an excuse to enforce discriminatory and possibly illegal policies aimed at turning away those reaching UK shores who are most in need.