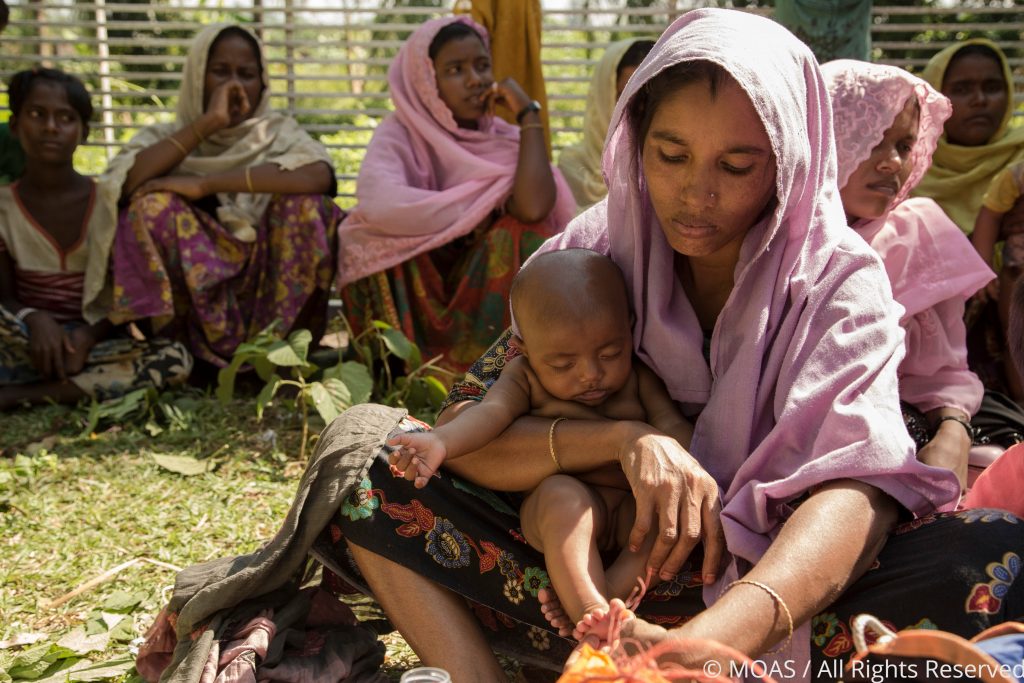 Human Rights Day marks an important event for us at MOAS, as the very aim of our operations is to reduce the sufferings caused by human rights abuses, discrimination and inequalities which we want to eradicate. 10th December is the day the United Nations General Assembly adopted, in 1948, the Universal Declaration of Human Rights (UDHR), the fundamental document that proclaims the inalienable rights which everyone is entitled to as a human being.

In addition to this important Day, the day before, 9th December, marks the International Day of Commemoration and Dignity of the Victims of the Crime of Genocide and of the Prevention of this Crime, an event strongly linked to human rights and their abuse, as it commemorates people who suffer from systematic discrimination or become targets of violence simply because of their identity. The Day was established to raise awareness in order to preventfurther atrocities.

When discussing the issue of genocide, the case of the Rohingya people is one of the most recent examples of this crime against humanity, as the State of Myanmar has been accused of ethnic cleansing and genocide of the ethnic minority of Rohingya Muslims in the country by various United Nations agencies, International Criminal Court officials, human rights groups, journalists, and governments.

Since 2017, MOAS has been assisting the Rohingya refugees in Bangladesh after the mass exodus due to the deterioration of their situation in Myanmar, where in August 2017 there was a harsh escalation of the violence and persecution towards Rohingya people that had been going on for years in the country. Rohingya villages were burned and attacks were launched killing thousands of civilians.

As a result of the persecution in Myanmar, over 700,000 Rohingya sought refuge in Bangladesh over the following months, bringing the population of Rohingya in Bangladesh to over 800,000. Approximately 900,000 Rohingya refugees are now in Bangladesh, in and around the refugee settlements of Kutupalong and Nayapara in Cox’s Bazar district. Here they suffer conditions of overcrowding, poor health facilities and lack of essential supplies, and require aid and protection to survive. In addition, Covid19 continues spreading in the camps, further complicating the situation.

The issues of repatriation for Rohingya refugees remains a topical theme, as the state of Myanmar tends to be elusive on the issue, refusing allegations of genocide or disregarding Rohingya requests to return to their country. The latest example of the neglect of Rohingya people by the State of Myanmar has been their exclusion from the Myanmar elections held on November 8th, which saw the renewed victory of the leader Aung San Suu Kyi. Because of “security concerns”, approximately 1.5 million voters from ethnic minorities, including the Rohingya, in Myanmar have been deprived of the right to vote, raising significant concerns from several human rights groups. 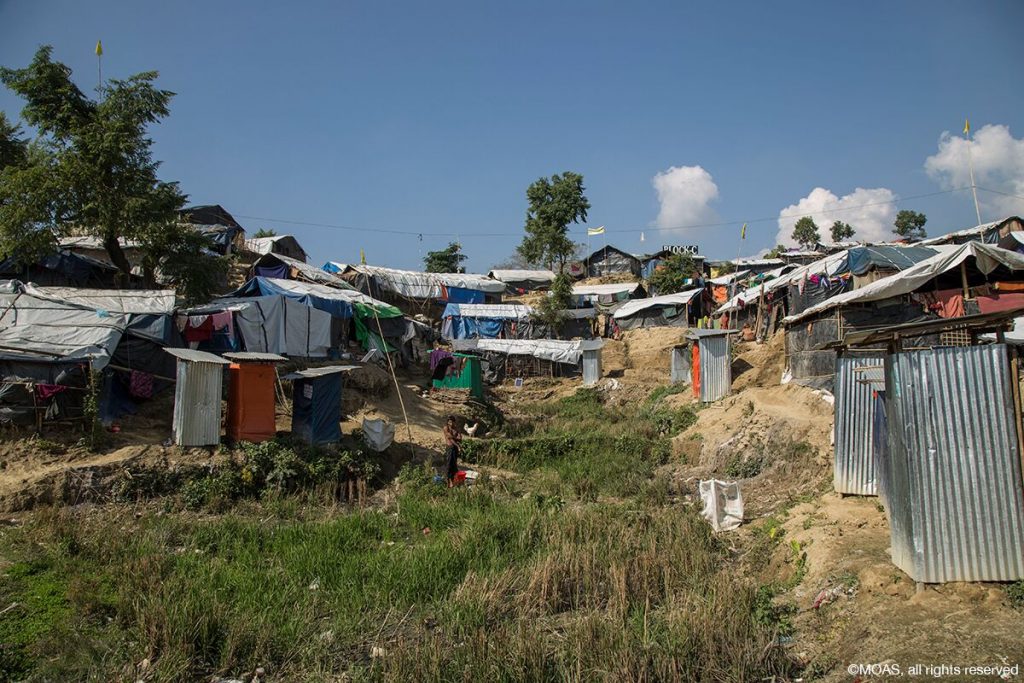 MOAS works towards the support of Rohingya refugees and host communities to alleviate the sufferings caused by their living conditions and the vulnerability of the areas they live in, as the natural hazards in Bangladesh cause severe problems for all the population. Since 2019 we started delivering a Flood and Water Safety Training to Rohingya refugees and local host community volunteers to ensure people are well equipped to tackle the challenges of monsoon season, such as increased cases of drownings in the camps. The course had to stop because of the pandemic but now we have finally been able to resume it.

The most recent programmes we initiated to support Rohingya and host communities in Bangladesh are meant to help prevent the spread of Covid19, as we converted our workshop to produce and distribute over 800,000 reusable facemasks to the population. Not only do these masks provide protection against the spread of the virus in the face of cramped conditions and lack of sanitation facilities, but they also provided much needed livelihoods to members of the community struggling financially during the pandemic.

In Bangladesh, as well as in all the other areas in which we operate, our aim is to make sure that human rights can be respected for all the people we assist, and to stop any abuse of any of the fundamental rights enshrined in the Universal Declaration of Human Rights.