Refugee protection: what’s gone wrong and how can it be made better?

Signs of the times

This week has not been a good one for refugees.

On Monday, the Greek authorities began moving asylum seekers on the island of Samos from an old and squalid camp to a new and EU-funded facility, known as a ‘closed controlled access centre’. While Greece insists that conditions there will be much better than in the old camp, human rights groups have raised many concerns about the prison-like nature of the new facility and the negative impact it will have on the mental health of its residents. 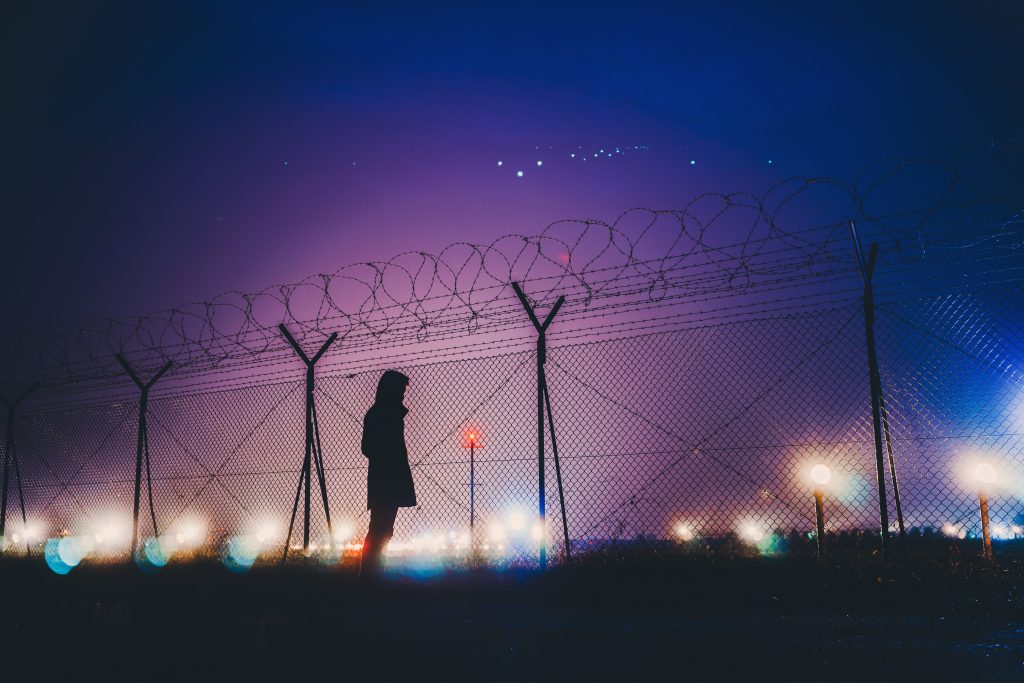 On Tuesday, the media reported that four refugees, believed to be Iraqis, had died after being stranded for days on the border between Belarus and Poland, with both countries refusing to admit them or provide them with assistance. In the same 24-hour period, pictures emerged from the US southern frontier of refugees being whipped by Border Patrol officers on horseback, while the Biden administration launched a mass expulsion operation for asylum seekers arriving from Haiti.

On Wednesday, we learned that a number of Eritrean refugees in Egypt had been arrested, beaten and incarcerated for years without access to UNHCR. They were now at risk of being forcibly returned to their country of origin, where the authoritarian government was likely to subject them to further abuses.

And throughout the week, there has been growing evidence of the drastic steps that states are prepared to take in order to obstruct the arrival of Afghans escaping from the Taliban: border closures in Pakistan, deportation threats in Iran, Turkey’s construction of a new wall at its eastern frontier; and the militarization of the Greek border with Turkey, including the construction of watchtowers and detention centres, together with the deployment of thermal cameras, police officers, military forces, drones and a surveillance zeppelin.

A moment of hope

It was not supposed to be like this. Five years ago, following the large-scale arrival of refugees from the Middle East, African and Asia in Europe, the international community resolved to address the mass movement of people in a more effective and equitable manner. A summit meeting was held at the UN General Assembly in New York, leading to a declaration of principles on the issue.

A Comprehensive Refugee Response Framework or CRRF was established to operationalize those principles, while two years later, the majority of UN member states endorsed both a Global Compact on Refugees and a Global Compact on Migration, both of them intended to improve the protection and well-being of people on the move and to enable states to address the issue of cross-border movements in a principled and consistent manner.

At the end of 2019, more than 2,000 representatives of states, UN agencies, NGOs and civil society organizations gathered in Geneva to make specific pledges in relation to the action they would take to realize the objectives of the Global Compact on Refugees.

UNHCR, which played a central role in this sequence of events between 2015 and 2019, expressed great optimism with respect to their outcomes. The Global Compact and CRRF, it said, constituted “a game changer,” “a paradigm shift,” “a milestone for global solidarity and refugee protection,” and even “a minor miracle.” As for the Global Refugee Forum, it was said to be “a unique opportunity to put in place the elements needed to accelerate our transformation of the global response to refugee flows.”

But as the events of the past week have demonstrated, such hopes and expectations have not been realized. Far from witnessing a strengthening of global solidarity and refugee protection, the evidence suggests that the international community’s response to the refugee issue has actually moved in the opposite direction.

In order to explain this conundrum, a number of different factors must be taken into account.

First, over the past five years, global governance and international cooperation have been weakened, a trend demonstrated most clearly by the inability of the UN Security Council to assume its responsibility of preventing and bringing an end to armed conflicts, thereby averting the need for people to abandon their homeland and allowing them to return to their countries of origin.

Second, the very notion of an ‘international community’ and a ‘United Nations’ has been challenged by the growing influence of states that espouse nationalistic ideologies and unilateralist policies, including, amongst others, China, Hungary, India, Russia, Turkey and the USA under President Trump. Needless to say, such governments have demonstarted little respect for international law, humanitarian principles or the norms on which the international refugee protection regime is based.

Third, powerful and prosperous countries in the Global North have set a very poor example to the rest of the world by externalizing their migration and asylum policies, taking steps beyond their own borders to ensure that refugees are confined to the less developed countries where the vast majority of the world’s refugees already live.

Fourth, since the Global Compact on Refugees was established, the international community has faced new challenges, both in the long-term but rapidly intensifying form of climate change, as well as the entirely unexpected form of the COVID-19 pandemic. While climate change is an increasingly important factor in prompting people to abandon their own community or country, COVID-19 has motivated many states to close their borders to refugees and other foreign nationals, while exacerbating the already precarious situation of the asylum seekers and irregular migrants living on their territory.

Finally, while UNHCR has a particular responsibility for the protection of the world’s refugees, it has been extremely difficult for the organization to counter all of these deep-seated negative trends. The organization is highly dependent on the financial and diplomatic support of states. It has been both intimidated and co-opted by governments for whom the welfare of refugees is not a top priority. And it has placed an unrealistic degree of faith in branding, marketing and celebrity endorsement as a means of maintaining its influence in the international community.

So what can be done about this parlous situation? There are no quick or easy answers to that question, and we should not be at all surprised if the state of the world’s refugees continues to deteriorate in the months and years to come.

To avert such an awful outcome, those of us who are committed to this cause must encourage those politicians who retain a commitment to humanitarian principles and law to play a leadership role infor  the realm of refugee protection.

We must also publicize, celebrate and build upon the efforts of countries that have set a good example to the rest of the world, whether that be the open-door policy pursued by Uganda, the pioneering role of  Canada in relation to community-sponsored refugee resettlement, or Colombia’s recent decision to give residence rights to Venezuelan refugees.

In terms of advocacy, we must remind states of the obligations that they have freely assumed in relation to refugees – obligations based on an understanding that it was in their own interest for cross-border movements of people to be addressed in a consistent, cooperative and equitable manner.

We must engage with and mobilize the support of the broadest possible network of people who are in a position to influence the lives of refugees for the better: members of the judiciary and legislative assemblies; faith-based organizations and sympathetic members of the business community; academics and artists, as well as civil society and volunteer associations.

Since the demise of the Trump administration, UNHCR has taken a much more assertive position in relation to the restrictive and externalized asylum policies of the Global North, making very critical statements in relation to the way that countries such as Australia, the UK and US treat refugees. We must applaud those interventions and encourage the organization to continue with such forceful advocacy.

Finally, and to end this somewhat gloomy prognosis on a more positive note, we must ensure that the voices of refugees themselves and the growing number of organizations they have established are able to play a central role in the discourse on asylum and protection. To paraphrase what they have been saying with growing strength and clarity, there should be no discussions about them, without them.