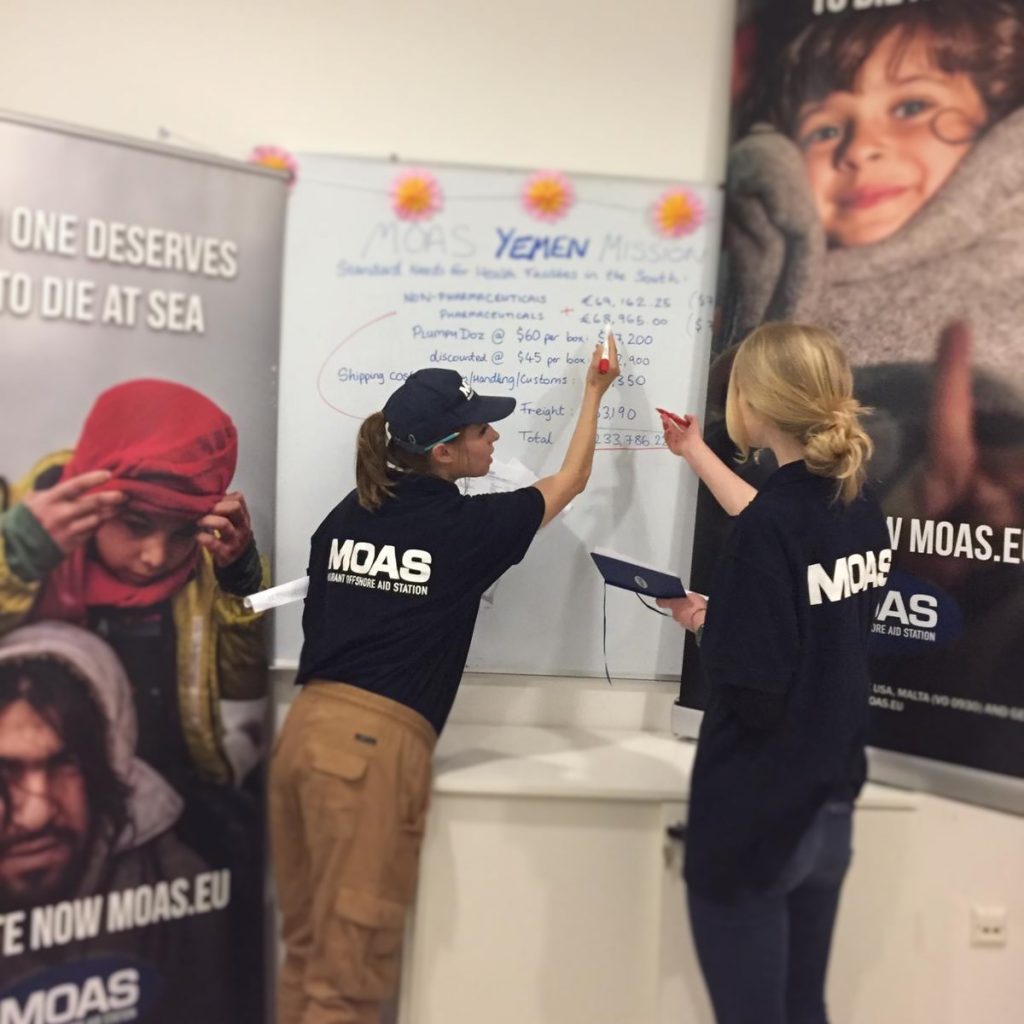 As highlighted by the Global Humanitarian Overview, 2019 was a year of climatic shocks, unexpected spread of infectious disease, and human needs driven to unprecedented levels by protracted and intensifying conflicts.

Therefore, as the UN anticipates that almost 168 million people will require humanitarian assistance and protection in 2020, which represents around 1 in 45 people worldwide, it is crucial humanitarian organisations continue to prepare for future unrest to be better prepared in their delivery of aid and assistance in crises as, taking such anticipatory action can reduce suffering, save lives and cut response costs.

So, what global crises do experts predict will take center-stage this year?

The number of undernourished people around the world is expected to rise, as it has done in the past four years. There are currently an estimated 821 million undernourished people worldwide; up from 811 million in 2017 and this hunger epidemic will, again, disproportionately impact African nations. Since 2015, Africa has seen a steady rise in the number of malnourished people across the continent. In fact, more than half of the 113 million people impacted by crisis levels of food insecurity live in Africa.

Outside of Africa, the impact of ongoing conflict and drought in Afghanistan has increased the number of people in need of nutritional assistance by 3.1 million. Whilst in Yemen, two thirds of the population are food insecure, 36% are malnourished and more than 9% of Yemeni children suffer from severe acute malnutrition.

Hunger also disproportionately affects women, as women worldwide have a 10 per cent higher chance of being food insecure than men. The disadvantages women face as a result of their gender is therefore a key factor making access to food all the more challenging and gender equality in affected regions will therefore be crucial in preventing further discrimination for women in the global allocation of food.

The world’s eight worst food crises are all linked to both conflict and climate crises. Conflicts will, unsurprisingly, remain the leading driver of humanitarian needs in most countries currently receiving humanitarian assistance this year, particularly in sub-Saharan Africa and the Middle East. In fact, ongoing conflict in Yemen and Syria has meant these two countries received 42 per cent of all humanitarian funding for 2019 and it is therefore hoped that new peace agreements this year may lead towards improvements or resolutions to these conflicts.

The Mediterranean is projected to remain the stage upon which the consequences of the; Syrian, Libyan, Palestinian and Lebanon conflicts will play out as, already this year, in January alone 4,773 migrants crossed the Mediterranean in dangerous conditions to reach Europe.

Last year Mozambique, Comoros, Malawi and Zimbabwe all declared national emergencies due to unprecedented twin storms from the fallout of cyclones Idai and Kenneth. Whilst in September The Bahamas were devastated by Hurricane Dorian’s rapid intensification into a record-breaking Category 5 storm. The aftermath of these storms is expected to last well into 2020 with Haiti still not recovered from Hurricane Matthew back in 2016.  However, although the Caribbean is the world’s third most disaster-prone region last year appeals for climate disasters in the region were less than 30 per cent funded. It is therefore crucial that climate emergencies and, the impact of these crises in encouraging forced displacement are taken seriously this year. 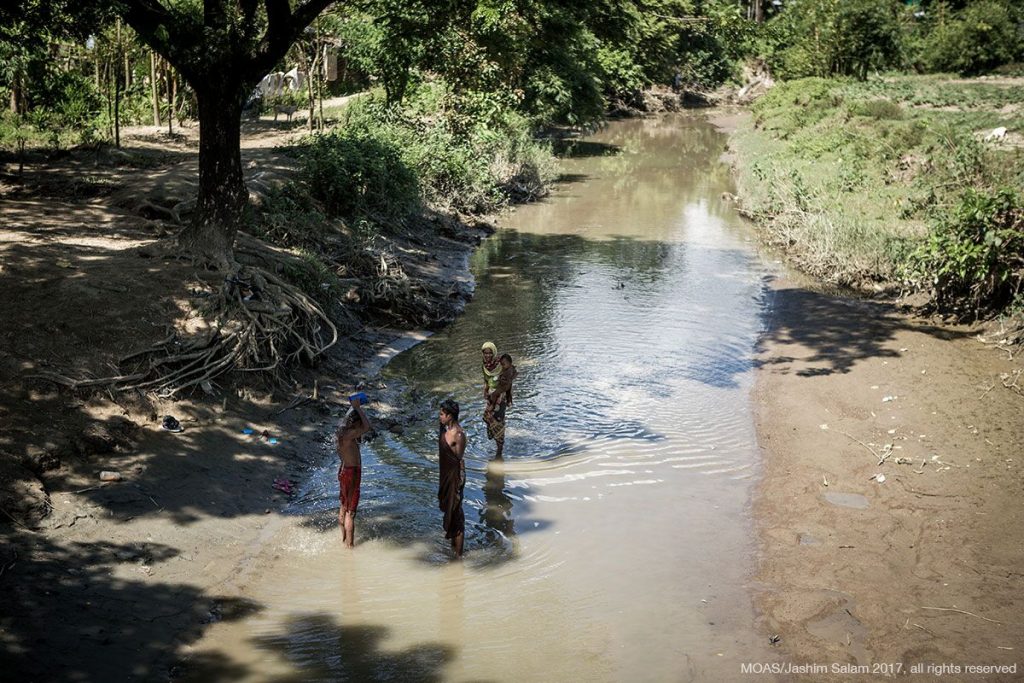 Conflict and climate change also contribute to deadly outbreaks of infectious diseases such as cholera, measles and Ebola. Ongoing conflict weakens or destroys local health and sanitation infrastructure and with lack of access to vital vaccinations and medications some infectious diseases are becoming increasingly prevalent and harder to control.

For the last two years Yemen has been fighting the worst cholera outbreak in recorded history. Meanwhile, cases of measles spiked last year due to gaps in vaccination coverage, whilst Madagascar experienced its deadliest measles outbreak in living memory. In fact, in Africa reported measles cases were an astonishing 700% higher last year than for the same period in 2018.

In the DRC, the Ebola outbreak that began in August 2018 has become the second-largest and deadliest in history, adding to an already enormous and complex humanitarian situation in the country. The Ebola crisis is set to continue to be a major health crisis for the coming year which will continue to need the attention and support of the humanitarian community.

Economic pressures, sanctions, and subsidy cuts have major political consequences, leading to unpredictable upheavals with potential humanitarian consequences. The repercussions of economic disaster are often felt even more harshly by displaced populations. Lebanon and Turkey, for example, host among the highest number of refugees in the world and both countries are listed as a cause for concern regarding economic shocks in 2020 which will undoubtably disproportionally impact these displaced communities.

In Venezuela, the prevalence of acute undernourishment has increased almost fourfold since 2014 due to catastrophic rates of inflation making it impossible to afford basic necessities and forcing many to leave the country. The outflow of people from Venezuela is predicted to increase this year, potentially surpassing 5 million people, as it continues to be one of the world’s largest and most pressing migration crises. Meanwhile, as Colombia continues to struggle under the stress of hosting so many Venezuelan migrants it will require greater international assistance in providing adequate support to the additional 1.4 million migrants that are predicted to cross the border this year.

It is vital the humanitarian community is prepared and well supported in responding to these upcoming and ongoing crises in 2020 but the work of non-profits must be accompanied by significant policy change in order to effectively tackle the root causes of these global issues.