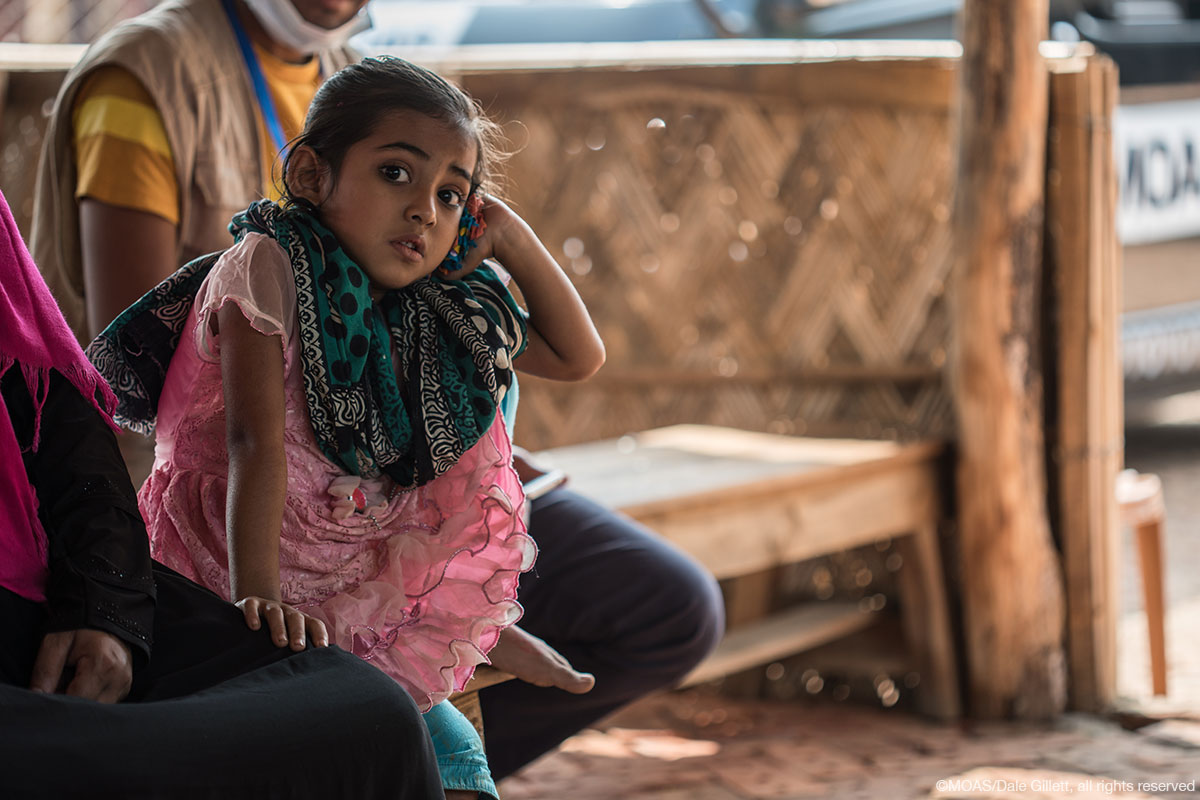 Hello and welcome to MOAS.  What’s life like for a Rohingya refugee in Bangladesh and how do they survive? They’re just some of the questions the Xchange Foundation has been asking in their latest Snapshot Survey.

Using the Shamlapur and Unchiprang camps as a starting point, the team’s been able to explore the daily lives and challenges the refugee community face. We caught up with Xchange just as they were analyzing the findings of over one and a half thousand surveys.

What is the purpose of this Rohingya Snapshot Survey?

MJ: Well Xchange was on the ground during the most recent Rohingya exodus following August 25th. We were trying to understand the reasons for the movement in more detail. For this survey we wanted to see what the daily lives of the Rohingya in the two camps, Unchiprang and Shamlapur were like six months on with a view to researching certain areas further or advocating on their behalf to plug gaps in the system.

So, we really wanted as the name suggests, a snapshot into the daily lives of populations in two camps in Bangladesh, Cox’s Bazar.

What kinds of areas did you focus on and why?

IP: So in general we wanted to get a better image of the demographic of all those people living in Shamlapur and Unchiprang and the people who go to these MOAS Aid Stations and then we wanted to find out what the general image of a household looks like, how people spend their lives in the camp, if they’re employed, if they’re not, what they like to do in their free time, if they have children, if their children go to some kind of school formal or informal, that’s basically it yes.

What would you say are your key findings so far? 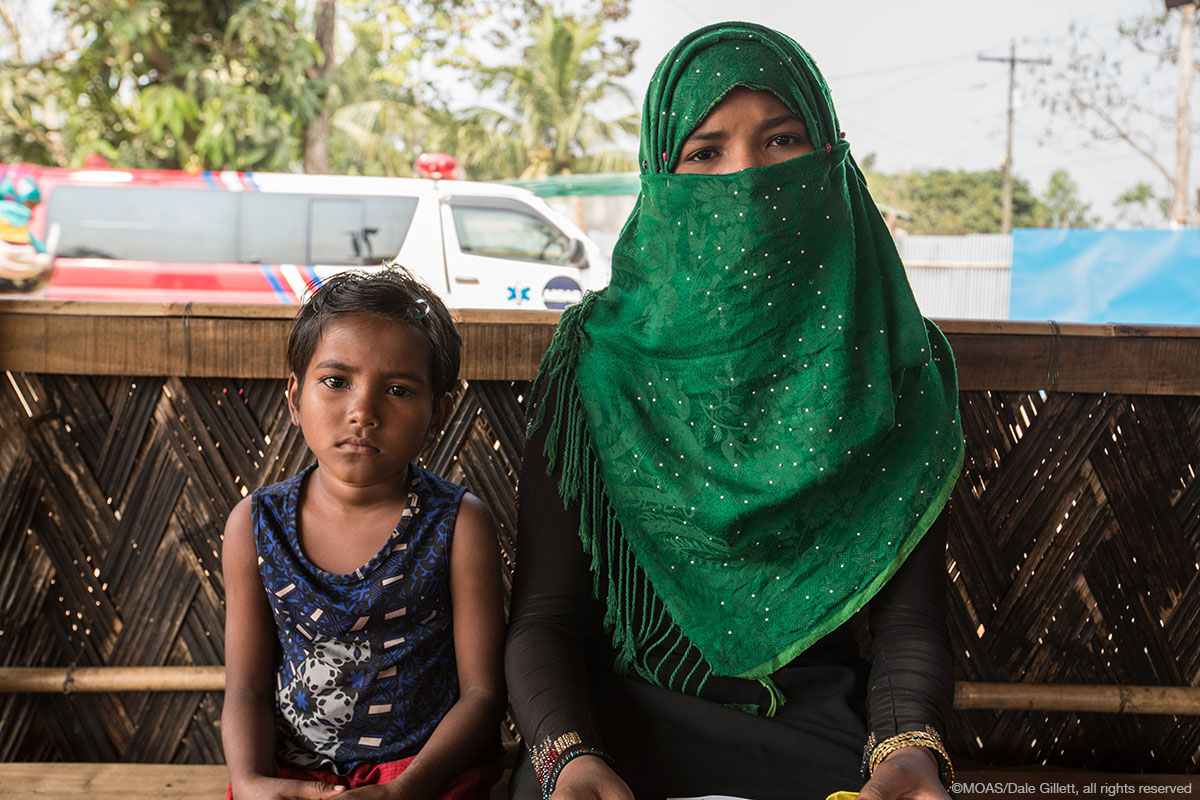 IP: Well some basic demographic information to begin with. Our sample consisted mostly of women, 70% were women and most of them being new Rohingya, meaning they came after August 2017 to the region. One really interesting finding is that unsurprisingly that almost a fifth of women are widowed which has to do with the situation before coming to the camps.

Then on the household information I would say that more than three quarters of households are run by a male, whereas we could say that there are more houses run by females in Shamlapur compared to Unchiprang.  Most households consist of 5 to 9 people and most of them are run by people who are in their mid 20s to mid 30s.

To broaden that further, how do they fund themselves and looks after themselves day to day?

MJ: I can start off with this because in fact, the Rohingya they’re not officially allowed to work and this is something which is obviously very difficult because they have time on their hands in the camps and they would normally be trying to work. However, our findings have suggested that, of course, people are working, they are trying to earn some money.

They receive donations and aid and this is how they survive; food aid, non-food items, but ultimately people still want to earn a living, they still want to have some kind of semblance of normality. They want money so perhaps they can have some form of savings and a safety net. These people came with nothing, they arrived with absolutely nothing, they left everything behind.

IP: In our basic findings I would say that the means that they pay for their needs depends on each camp. We found that most people sell non-food aid items like everything they would have in their possessions already in order to make a living, whereas in Unchiprang, most people rely on assistance from a family member either by a child or somebody else living abroad or with them.

Then we also found that fishing plays a small part in earnings in Shamlapur whereas in Unchiprang, no. In Unchiprang people mostly rely on charity as well. 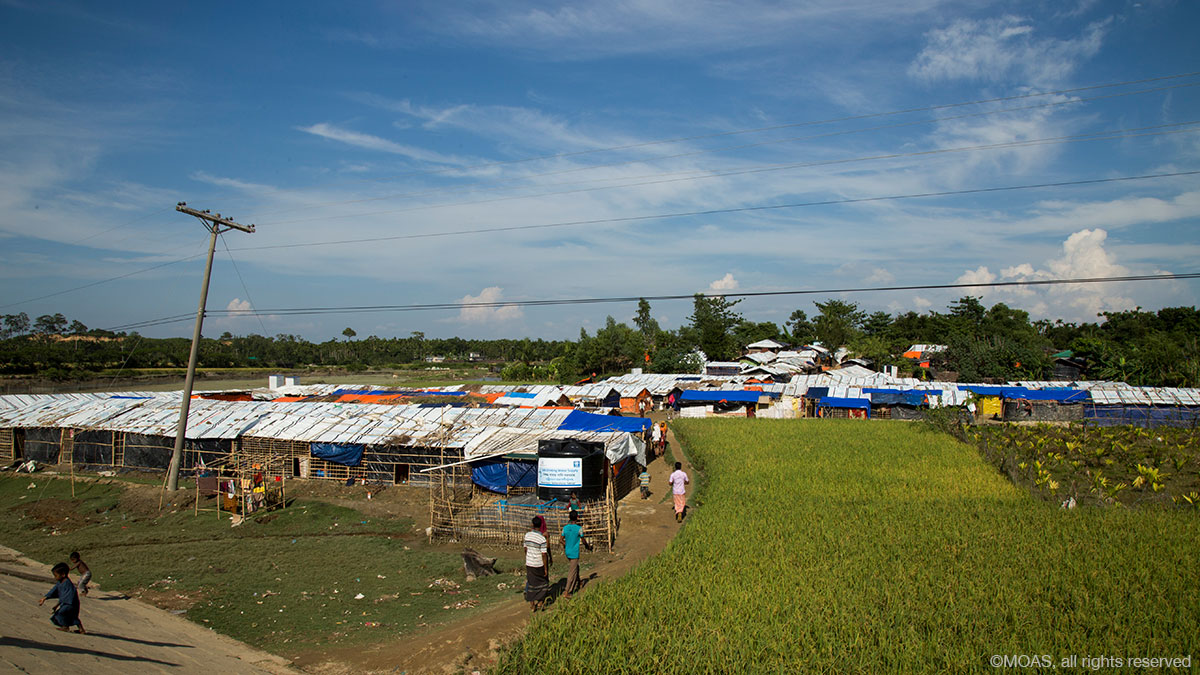 MJ: and this is what was particularly interesting about our findings was that these are two quite diverse locations. Shamlapur is a host village, it’s a predominantly fishing and farming.

Unchiprang is a sort of pop-up camp that has only happened since August 25th and so there are more opportunities to live, inverted commas, a normal life in Shamlapur than in Unchiprang. Unchiprang is a particularly difficult environment for the Rohingya to live in.

IP: this can also explain how they spend their time in camps because we found that in Shamlapur for example they collect wood, food, water, all the basics that they need whereas in Unchiprang they spend most of their time in the household caring for the sick people that they have in their houses.

In Shamlapur you could say that it’s a more stable environment, they just care for their children and keep them safe.

What does this tell us about the Rohingya people and in a wider sense, the situation on the ground?

MJ: Well we should be reminded that these are human beings and they have the same needs and desires that you and I do.

They want some kind of normality whatever that might be, they’ve come from an extremely difficult situation mostly from Northern Rakhine state but they still want the things that we do, they still want to be able to provide for their families. They want to be able to eat the food that they’re used to, that’s normal for them, not just beans and rice. This is what they have everyday but if you’re eating this three times a day, everyday, you would want to eat something that is similar to back home, try and get some fish, try and get some vegetables. 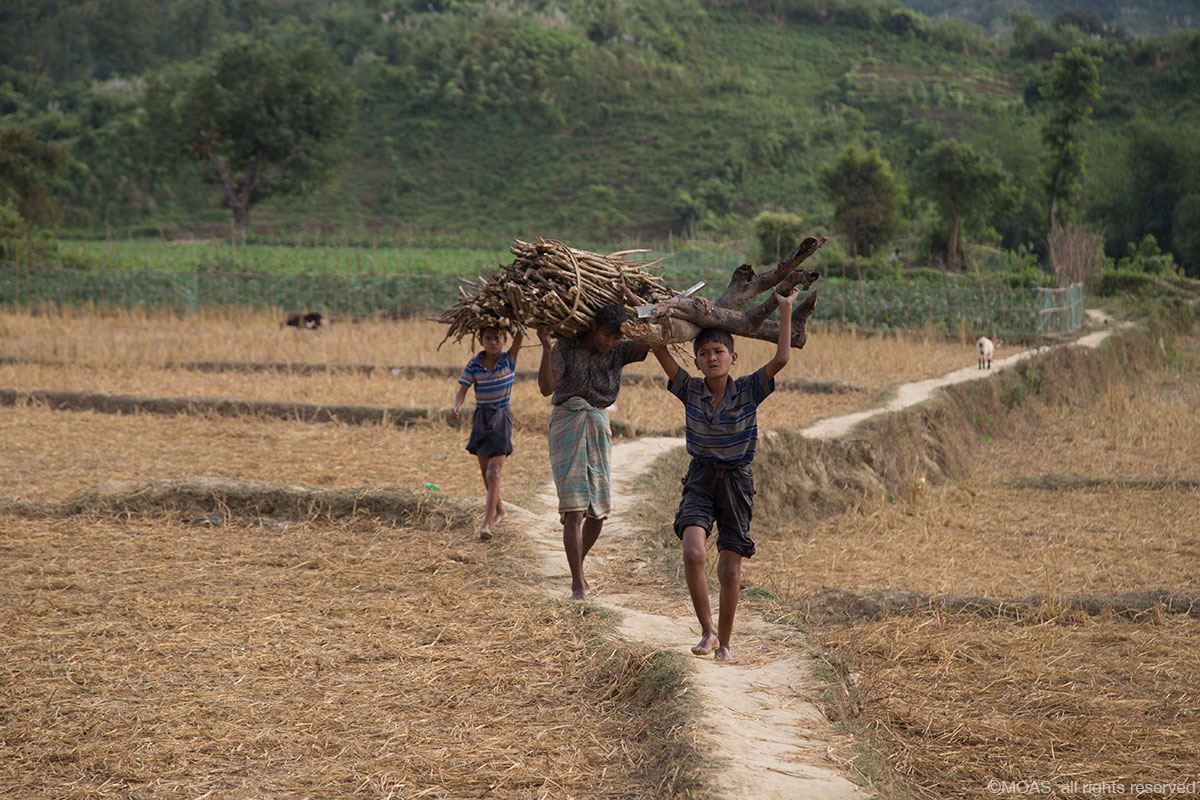 You’ve found that there’s a gap in the provision of education to children beyond the age of 13. Can you give me some explanation behind this and why?

Then we have the madrassas that run parallel to this. Most children are in some form of education but not the standard that you or I are used to and certainly not over the age of 12 or 13, in fact much younger. Most children after the age of 12 would be helping their family out, they would be trying to earn some money, they would be involved in chores, girls as well culturally, the parents would try to keep them inside because this is the time of puberty. So, there are many factors involved in this.

IP: I would like to add an interesting finding that we had concerning that most of the parents that have at least one boy and one girl do not seem to distinguish between who goes to school and doesn’t. So, we have 80% of those people saying that both their daughter and their son goes to school or receives some kind of education.

Based on your sample size, you found that the vast majority of the Rohingya feel safe in Bangladesh. It may seem completely obvious but what should we conclude from this figure, certainly in connection with repatriation efforts?

MJ: I would say actually, it’s not all that obvious. When you reflect on how these people are living in very crowded, unhygienic environments in a host country. On the ground, recent reports from other international organisations have indicated that there are some quite serious safety concerns, particularly for women and children. Many wash facilities are not separated for women and men, putting women at risk of things like sexual harassment, they don’t feel comfortable.

Children are taking on adult jobs like collecting firewood because maybe they’re not in school and they’re vulnerable to being abducted and trafficked. So these are certainly not easy environments to live in at all. However, what our results indicate is a wider understanding perhaps emotional feeling of safety.

The camp environments are extremely tough yes, but not compared to the constant threat that the Rohingya were under in Myanmar where they were constantly feared for their own lives and were made to feel unwelcome in their homeland. Respondents mentioned that for the first time in their lives they were actually able to sleep at night.

So, regardless of some of the petty crime that is going on and the difficulties with a very large population all living on top of each- other in extremely uncomfortable conditions which is a breeding ground for certain levels of crime, overall, people certainly felt safer in the wider sense compared to what they were facing back home.

IP: An interesting answer that we received also is when we asked people at the end of each interview if they would like to add something, it was only women, those who said that they’re not thinking of going back anymore. It’s only a small number of women but they chose to share that with us which is something important I think.

MJ: particularly because many of the women we spoke to in Shamlapur especially were widows and had obviously been subjected to terrible things and had witnessed horrible things, many had witnessed their own husbands and families killed and for them the idea of going back is intolerable.

Where do you go next?

MJ: Well the whole point of the snapshot survey is to get some kind of indication of what’s going on in the day to day lives of those in the camps but it has a wider purpose which is, depending on the findings, it may give us some indication of what needs to be looked into further.

So, based on this survey we may be looking into certain issues which we think are important and need further investigation but besides that, we at this particular point in time with what’s going on with talk of repatriation, we would like to understand this in more detail. So it would make sense to create some kind of a trilogy with the surveys, to have a more qualitative look into what people are really feeling about repatriation.

This interview just scratches the surface of Xchange’s findings.

And, with the cyclone and monsoon season coming, their research builds a broad picture for the work of MOAS and fellow organisations operating on the ground. You can follow this link to read the latest report and keep up-to-date on Xchange’s research.

You can also follow us on our social media.  Check out our latest updates on Facebook, Twitter, Instagram, Youtube and AudioBoom… or you can donate to help us help Rohingya refugees during the monsoon period. From all of us here at MOAS: goodbye.