News Bulletin from the Monsoon Affected Communities in Cox’s Bazar 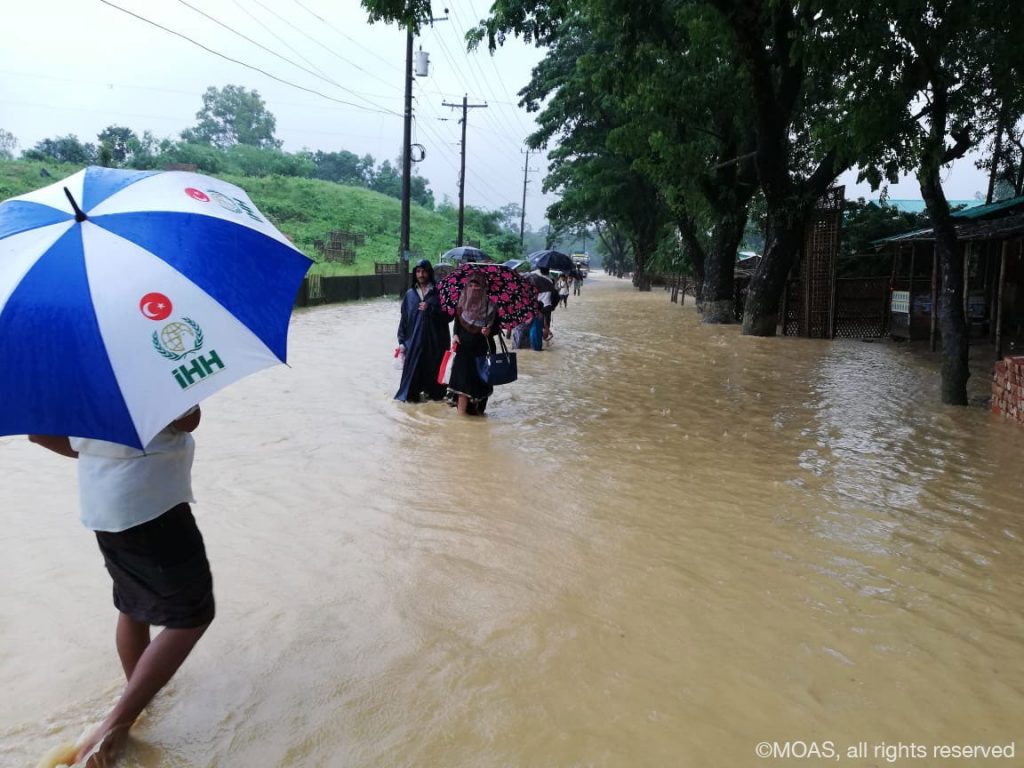 As we continue into the monsoon season in Bangladesh the effects of the sustained rainfall, winds and tidal surges are making life in the refugee camps of the Cox’s Bazar district more difficult than ever. MOAS has been focussing on preparedness and response to the monsoon season for several months and are relieved that the incredible dedication of our teams on the ground is paying off, with no disruption to services due to weather thus far.

This week’s rainfall has been particularly heavy with over 228mm of rain in the last 24 hours and over 350mm in the last 72 hours. These are the highest recordings for rainfall in a single day this season so far, according to the Cox’s Bazar Met office. These kinds of rainfall levels trigger warnings and emergency standby services in the region and are considered ‘high risk’ levels. Many refugees and host community residents of affected areas are sheltering in their homes, venturing out only when absolutely essential.

The results of the rains have been self-evident over the last days with several landslides being reported along main roads being used by humanitarian organizations to access the camps and deliver services to the refugees and host communities. These landslides make driving on the roads incredibly dangerous and also restrict access, threatening to reduce or block access to the camps where help is so desperately needed. In Unchiprang refugee camp, where the MOAS Aid Station 2 is located, 19 families have been left homeless and in need of temporary shelter following a landslide.

It is not only the refugee community that is adversely affected by the weather. Devastatingly five people, including four children from just one family, have died in a landslide within the confines of Cox’s Bazar City as the military and local government agencies struggle to secure high risk areas. 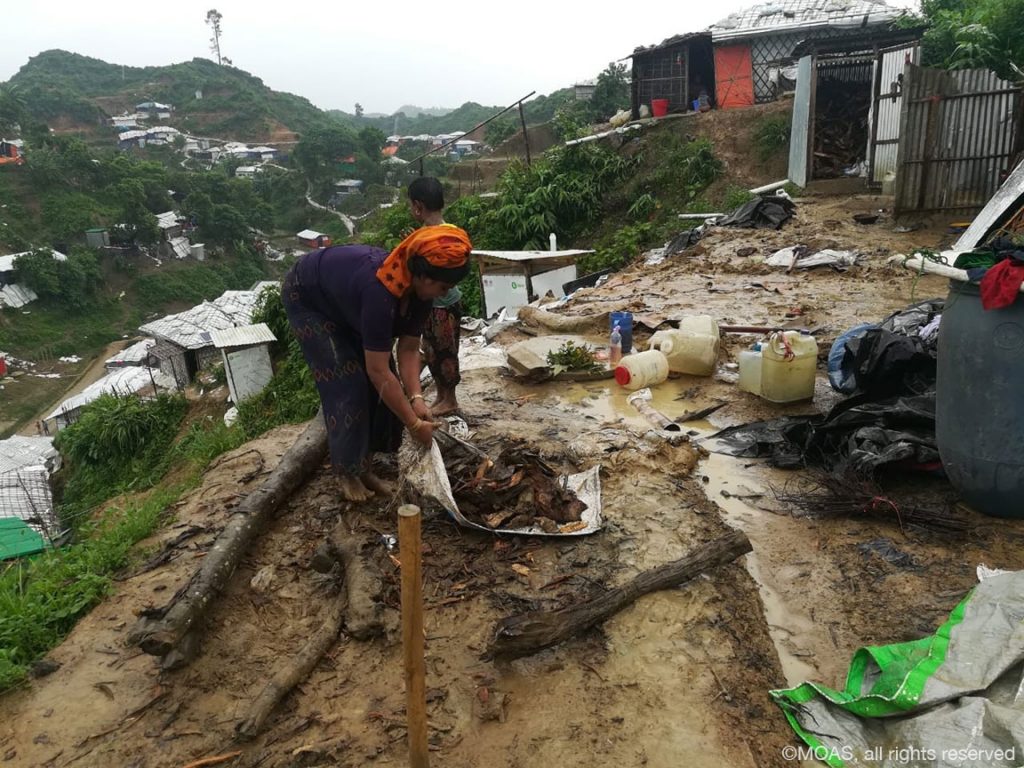 In addition to landslides caused by rains, flooding is also a real issue in areas that collect standing water, such as the valleys of the camps and roads on flood plains. Flooding in Shamlapur, MOAS’ original operational centre in the area, has left 24 families in need of emergency temporary shelter and flash flooding has affected many roads and areas of Cox’s Bazar City, where many humanitarian agencies’ staff and stocks are based.

The effect to services is also becoming clear, with many community spaces throughout the camps now being used as standby evacuation centres. These include areas normally used as learning centres, mosques or child and women friendly spaces. As a precautionary measure, until the camps are considered less high risk, all activities in learning centres has been suspended. The suspension has been planned to last two days with a review toward the end of the week.

The area is predicted to be facing a further 5 days of heavy rainfall, which will exacerbate vulnerabilities and will not allow much space for the military, government and NGO services to recover and repair following the past downpouring. MOAS’ clinics in both Shamlapur and Unchiprang have remained open throughout thus far and we commend our brave and dedicated staff who struggle to access the camps each day to ensure service continuity. MOAS has its Mobile Medical Teams and specialist SAR personnel on standby at this time to deploy into the flooded areas if required.

To support our team as they fight to provide medical services throughout their affected communities please donate now at www.moas.eu/donate and for more news and information on MOAS’ work and our mission please sign up for our newsletter at the bottom of the page. Follow us on social media to help us promote our work and stay tuned for new through our upcoming blogs and podcasts.