Yemen is facing “the world’s worst humanitarian crisis.” Unrest erupted in 2004 in the northern regions around Sa’dah, following the death of opposition leader Hussein Badreddin al-Houthi. Since then, the “Houthi insurgency” has escalated into full-scale civil war against the Yemeni military. In 2015, the Houthi group attacked Sana’a, the Yemeni capital, causing President Hadi to seek refuge in Saudi Arabia, and began advancing towards the port town of Aden. Reprisal from government forces was swift and brutal, backed by a Saudi-led coalition of international actors such as the UK, France, Germany, Turkey and the USA.

Ongoing violence has forced 2.2 million people to leave their homes and seek safety in other parts of Yemen. They are now refugees within their own country: internally displaced people, or IDPs.

Even in areas of Yemen not directly affected by violence, political instability and mass displacement have had far-reaching consequences. Sparsely populated villages have been overwhelmed by families seeking shelter. Village wells built to serve a few hundred people cannot slake the thirst of ten thousand. The ongoing conflict has caused the collapse of public infrastructure and the country’s water and sanitation networks are no longer adequate. Sewage treatment systems have not been serviced in years and fallen into disrepair.

Furthermore, natural water sources have been contaminated by water-borne infections like cholera, exposing entire communities to disease and death. The 2017 cholera outbreak in Yemen was the fastest-growing epidemic ever recorded. After more than 1.5 million suspected cases, cholera has affected nearly every Yemeni family in some way. Already this year there has been an alarming resurgence in the epidemic: over 200,000 suspected cases of cholera have been reported, almost three times as many as in the same period last year. 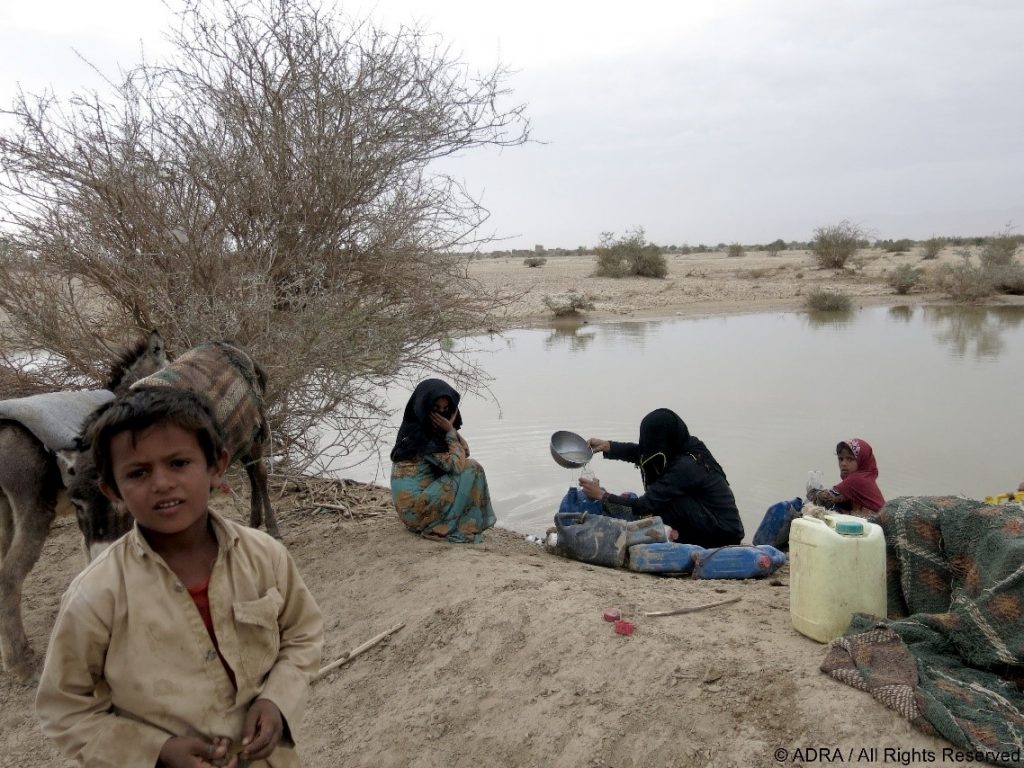 Prior to the war, Yemen was already the most impoverished nation in the Middle East and imported 80-90% of its staple foods. Blockades and armed violence have made delivery routes unpredictable and dangerous and, as a result, food imports have been greatly impeded. Farms, boats, ports, mills and factories have all been destroyed by airstrikes, leaving Yemenis unable produce their own food. The value of the local currency, the rial, has plummeted, leaving many families unable to purchase basic foodstuffs.

19 million people currently suffer from malnutrition and disease. UNICEF and partners anticipate that in 2019 there will be 294,000 children under five admitted to therapeutic care with severe acute malnutrition.

Two-year-old Sabi lives with her grandmother Nada at a makeshift camp outside Hudaydah. They had to leave their home two years ago, when shelling and bombing reached the street where they lived. Inside the camp, they live in desperate conditions without basic necessities like clean water. Sabi’s mother contracted cholera and died within a few days of leaving their home. Last month, Sabi’s father returned to Hudaydah to see if their home was still standing. He has not been heard from since. Landmines litter the route, and Nada lives in fear of bad news.

Despite Nada’s dedication to caring for her young grandchildren, Sabi and her brother and sister were wasting away. “There was no food here,” says Nada, “The trucks did not come.” Little Sabi suffered greatly from hunger. Her baby fat disappeared, her arms and legs became thin and bony. No longer playful, she became lethargic and fatigued. “I cannot put into words how I felt,” Nada said. “There was pain from the bottom of my heart.”

When MOAS’ partner ADRA came to the camp, they found hundreds of families like Sabi’s suffering from malnourishment and disease. ADRA set up a Therapeutic Feeding Centre where Sabi began a special dietary programme designed to combat malnourishment. Now, little Sabi is growing day by day. So long as she can keep accessing ADRA’s life-saving assistance, she will soon be laughing and playing like other children. 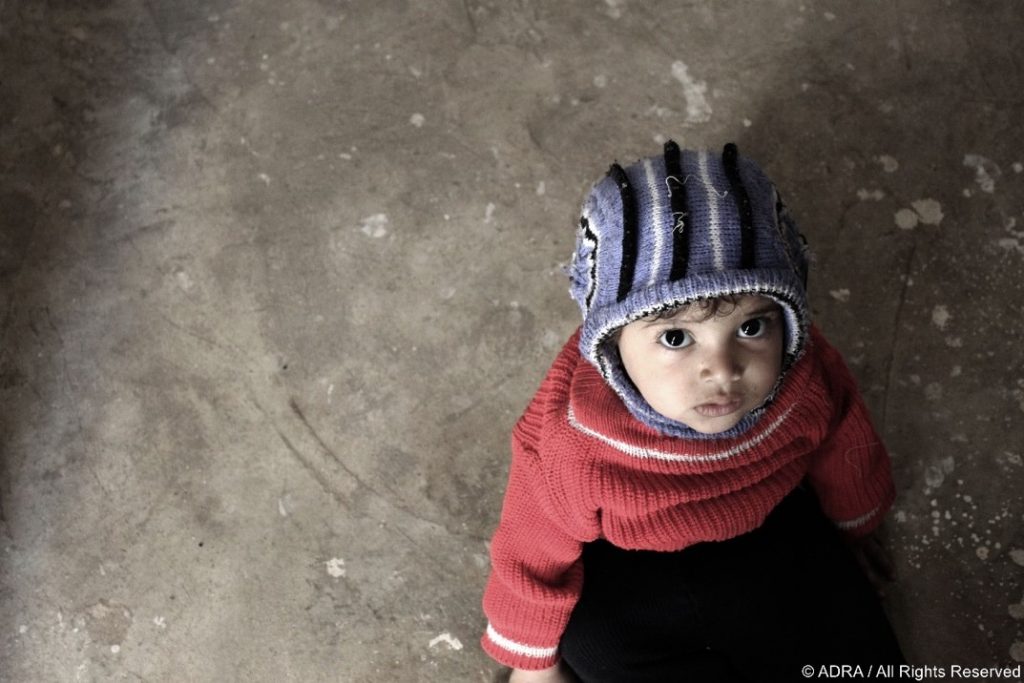 Humanitarian agencies like MOAS are doing everything in their power to save lives and protect people across the country. Last year, Yemen became the world’s largest aid operation, with some 8 million people relying on humanitarian aid every month. This year, up to 12 million people per month are expected to need food assistance.

MOAS’s first mission to deliver vital assistance to the port of Aden is successfully underway. Our first delivery, a 20-foot container of medical supplies and pharmaceuticals, is due to arrive on May 21st. Thanks to the generous support of action medeor and Aktion Pro Humanitaet, we will be delivering over €120,000 worth of life-saving medicines and equipment. A second shipment, a 40-foot container of famine-relief and nutrition supplements, is due to arrive in early June.

Both medications and food supplements will be distributed throughout the health cluster and nutrition pipeline by ADRA, our partner organisation in Yemen. Carefully selected based on necessity and efficacy, these resources may last several weeks, but will be quickly depleted. Working closely with medical suppliers, nutrition experts and healthcare providers has placed MOAS in an ideal position to coordinate further aid deliveries in future.

In addition, ADRA have identified worrying gaps in medical staffing across the region. Displacement, fear of violence and unpaid salaries have drained hospitals of staff. Skilled medical coordinators and clinical specialists are needed to relieve this shortage within established primary healthcare facilities. MOAS has the capacity and logistical framework to sponsor medical and pharmaceutical personnel, but needs to raise funds to achieve these aims.