Looking Back on Another Year…

It’s been a busy year for MOAS with 2019 seeing us expand our humanitarian operations..

Our operations this year have been diverse –  from delivering water safety training in the Rohingya camps of Cox’s Bazar, to facilitating the delivery of emergency nutritional aid into Yemen. We have also launched our hospital visitation project here in Malta, making sure that migrants who have been medevacked from search and rescue vessels in the Mediterranean have basic essentials supplies and support in their first days in Europe.

With a new year nearly upon us, let’s look back at what MOAS has been doing in 2019:

MOAS has continued its work supporting Rohingya refugees living in Cox’s Bazar, Bangladesh and this year has seen us engage in Flood and Water Safety Training in 18 camps as well as within host communities throughout the region.  The sprawling refugee camps and low-lying host community villages are at major risk of cyclones, flooding and storm surges – especially during the monsoon season – and drowning and water-related accidents have been identified as a major risk. The training has been designed to build capacity and help communities become more resilient by providing water safety training to Rohingya volunteer groups, meaning that they can act as first responders in the event of a water-related or flooding emergency.

The participants are trained in: 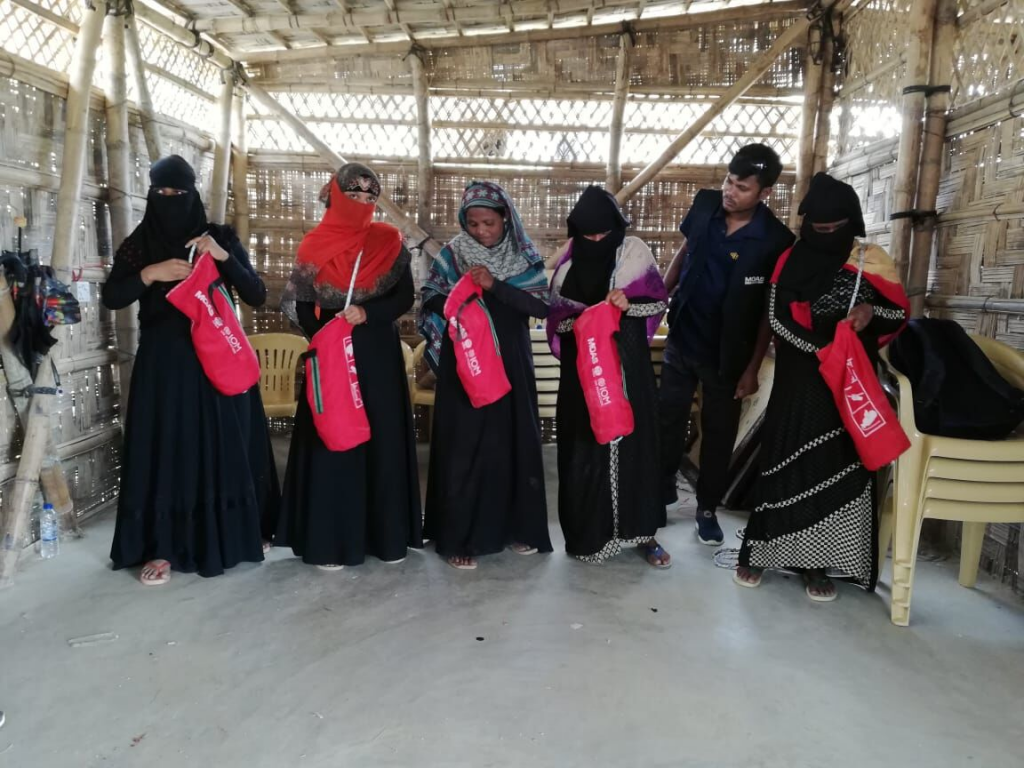 Fatima* was one of the women who took part in the Flood and Water Safety Training. We caught up with her to ask what she had learned during her training.

‘I learned a lot from this training, like how to use throw bag and what are hazards under the water. Especially for a woman [to know] how to help women if they fall in flooding water- it’s a very interesting program for our communities. I have been living here for two years and I don’t know how long I need to stay here in a refugee camp so this training needs to continue because these camps are flood risk area.’

Rohingya community members like Fatima need to be able to manage the risks present in the camps in order to be able to rebuild their lives and protect their families. MOAS has secured funding to expand the Flood and Water Safety training to hosting Bangladeshi communities and local fishermen, as well as running training in more Rohingya camps in 2020, meaning that more people can learn live saving skills.

On 9th April, MOAS launched a relief mission, to support the Alan Kurdi rescue vessel, belonging to the German NGO Sea Eye, which had been stranded for over a week in Mediterranean international waters after it was refused safe harbor. The Alan Kurdi had picked up 64 people off the coast of Libya and as the days dragged by and weather conditions worsened, was running low on food, water, medicine and other supplies. Several people, including a pregnant woman would later need to be evacuated and taken to hospital in Malta. MOAS responded to the Alan Kurdi’s message that they were running out of supplies and delivered emergency food, water, medicines, dry clothing and blankets, ensuring that people were able to maintain their dignity and have at least basic comfort whilst they waited for disembarkation instructions. All remaining passengers were eventually safely disembarked in Malta. 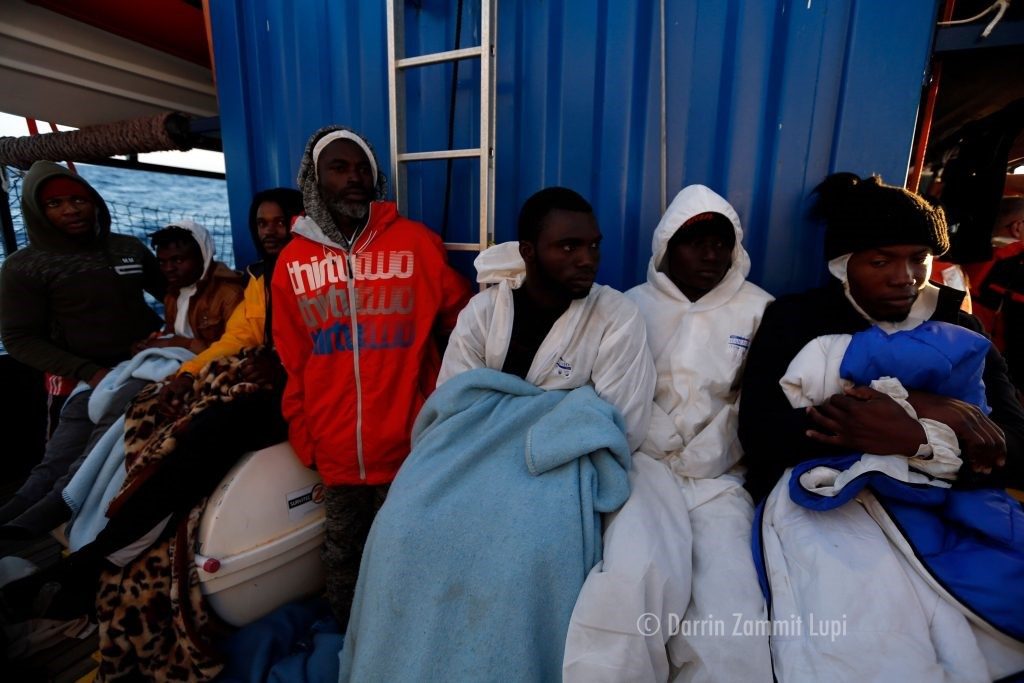 As the conflict in Yemen nears its fifth year and the civilian population continues to suffer immense hardships, MOAS has responded by providing vital medical supplies and emergency nutritional aid to support those most in need. It is notoriously challenging to get aid into Yemen due to political tensions and restrictions, but thanks to the support of our fantastic in-country partner, ADRA, we were able to successfully deliver 54 tonnes of the nutritional aid, Plumpy Doz and €120,000 worth of medical supplies to the port of Aden. ADRA have since coordinated the distribution of these deliveries across local governates. Famine conditions in Yemen have claimed the lives of at least 85,000 children in the last three years – the ready to use therapeutic foods delivered by MOAS are formulated specifically to reduce risks or treat malnutrition in children and it has been delivered to some of the worst affected areas in Yemen offering life-saving treatment to vulnerable children. 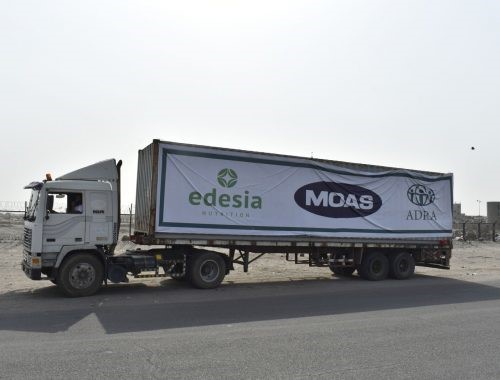 We are currently fundraising for another aid delivery that will provide support Yemeni civilians in desperate need.

After our April aid mission to the Alan Kurdi, MOAS visited two of the women who had been medevacked to Malta, providing support as they adjusted to new surroundings and company whilst they were alone in hospital. Since then, MOAS has been receiving notifications of all those who have been medevacked and bought to Mater Dei Hospital in Malta and our team have been visiting new arrivals and bringing them a change of clothes, basic essentials and a listening ear.  Over the year we’ve worked with a dozen cases in the hospital, from sole survivors to families with children. Recently MOAS was present offering support and supplies when Maria* gave birth to a healthy baby, having been airlifted to Malta just hours previously. We were able to provide baby clothes, nappies and help a new family to land on its feet in a foreign land. 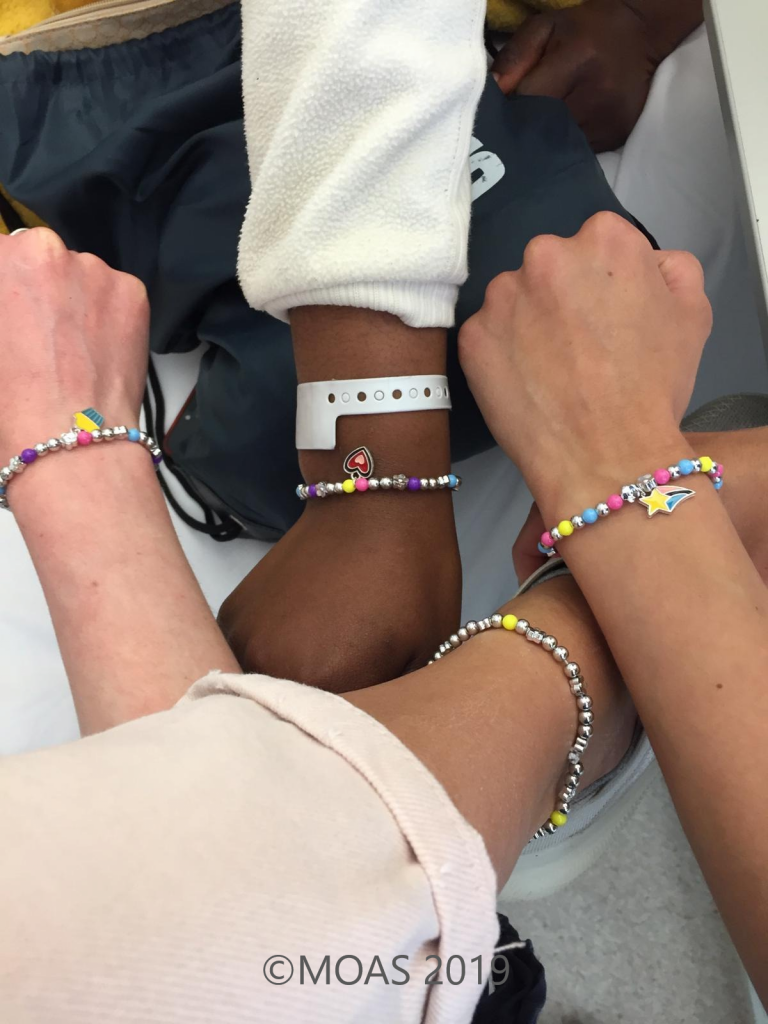 MOAS will continue to push to deliver aid and services wherever the humanitarian need is greatest, showing solidarity with those who need it most.