Launch of Refugee Week: a Message from our Director 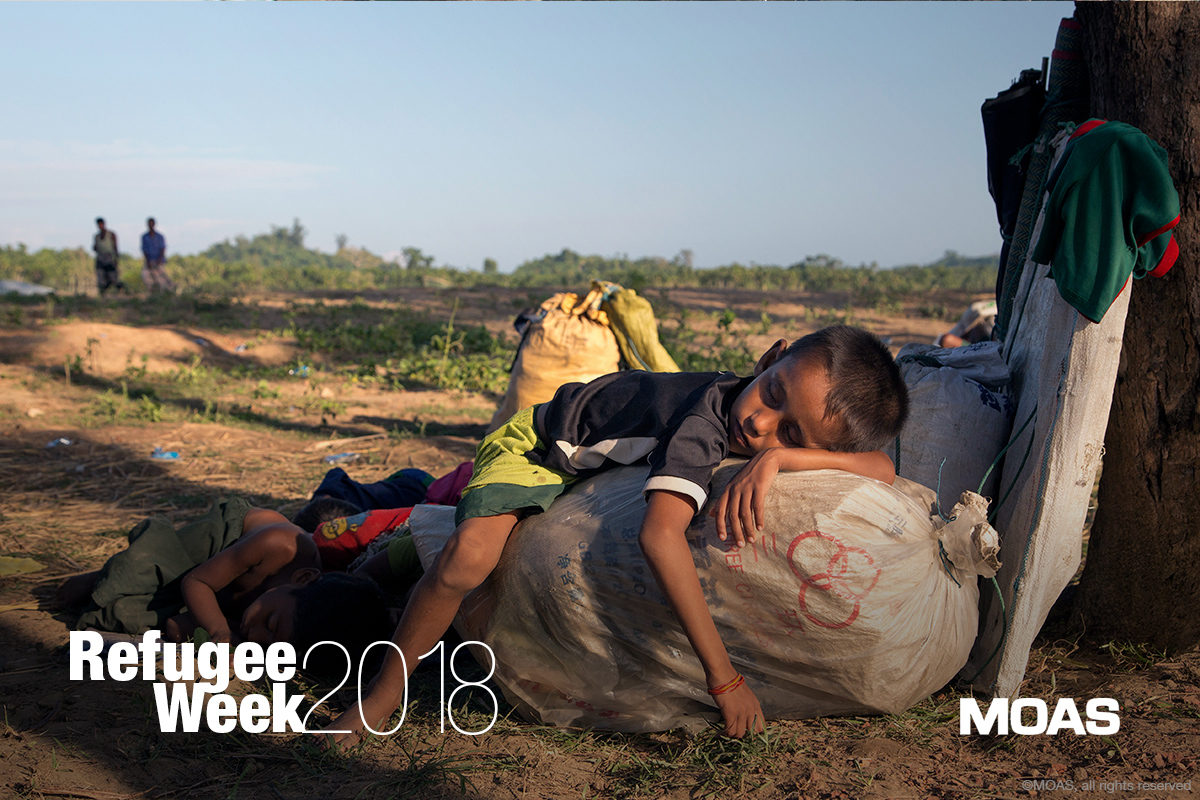 On December 4th 2000, the UN General Assembly decided to honour the 50th anniversary of the 1951 Geneva Convention relating to the Status of Refugees by adopting the well-known resolution 55/76, which aimed to celebrate International Refugee Day. So, since June 20th 2001, “the world commemorates the strength, courage, and perseverance of millions of refugees”, and every year this date is marked by many events, conferences and testimonials to raise awareness of the plight of refugees.

Nobody decides to become a refugee, and such status is usually the dramatic consequence of a traumatising experience related to life-threatening situations, such as conflict, war, persecution or extreme political violence. Forced migration is the defining issue of our era, and simply celebrating is no longer enough. The time has come to act, to take action, and to eradicate the underlying causes generating social inequality, political instability and intractable conflicts.

The latest UNHCR figures depict an alarming scenario with 65.6 million forcibly displaced people, including 22.5 million refugees, “over half of whom are under the age of 18”. 2016 saw the highest number of forced displacements in human history caused by a number of different factors, such as widespread violence, armed conflicts and disasters.

According to the 2017 Global Report on Global Displacement (GRID), by the end of 2016, 40.3 million people were internally displaced (IDPs), meaning that people had been forced to leave their home, but had not crossed an international border. Internal movements are increasingly frequent in fragile regions where political instability is widespread, as well as volatile environments with scarce resources. Special attention should be devoted to the number of people displaced due to conflict and disaster, because it would help in addressing migration flows in a more rational way. Political propaganda usually claims that most of the people fleeing their homeland are not “real refugees”, but the fact is that “only” 6.9 million people are displaced due to conflicts and wars. Disaster-related displacement dramatically outnumbers conflict-related displacement, and accounts for 24.2 million displaced people. We cannot deny such reality, nor underestimate that most of the disasters are caused by climate change and weather-related events (both low-onset events and sudden catastrophes). In 2016, 97% of total displacement was linked to environmental disasters, and among them a major role is played by floods and storms, as MOAS is currently experiencing in Bangladesh.

According to the EU, Bangladesh is “one of the most disaster-prone countries in the world, exposed to a variety of natural hazards including cyclones, floods and earthquakes” exacerbating “the impact of localized disasters” with a combination of uncontrolled demographic growth, environmental degradation and influxes of desperate people from neighbouring countries. This has been the case with the Muslim stateless Rohingya community, which is considered “the world’s most persecuted minority” by the UN. In the country’s recent history, a series of displacements of Rohingya refugees has been recorded. The last unprecedented exodus started on August 25th 2017, following escalating inter-communal violence and years of segregation and arbitrary discrimination. Since then, around 700,000 people left Myanmar to seek sanctuary in Bangladesh, where MOAS decided to bring humanitarian aid and medical assistance in an attempt to mitigate the impact of such a huge number of desperate people arriving after exhausting journeys. The 2017 GRID – documenting the situation in 2016 – stressed the negative impact of disaster risk and poorly and rapid unplanned urbanisation, marked by an increase in makeshift settlements and reduced resilience of local population in Bangladesh.

However, the situation on the ground is desperate in many of the regions of the world, such as Sub-Saharan Africa and the Middle East (here there are a smaller number of displaced people, but unceasing conflicts push more and more individuals to run for their lives).

Unfortunately, the correlation between IDP and refugee status is still unclear, and it is not easy to understand how likely IDPs are to become refugees. What we do know is that surveys show similar causes for IDPs and refugees on the move, but there are not enough data and evidence to corroborate this link. So, a first action should be to create trustworthy patterns to collect, double-check and share reliable data, as we are doing in cooperation with XChange. Following this, assessments have to be carried out both by governmental and non-governmental institutions to rely on different perspectives and to facilitate a better coordination between different approaches. Only by doing so will we be able to learn more about the consequences of forced migration and displacement and implement the best solutions possible.

But, refugees are not numbers and figures. They are human beings. They are people.

What does it mean to be a refugee today in a global world?

In most cases, being a refugee today means being uprooted from your homeland and forced to escape in dangerous conditions. It means being rejected by national governments that care more about border defense than human life. It means being denied rights, dignity, medical treatment, education and personal development. Too many refugees have to face terrible journeys only to end up in a limbo where even basic needs are not met. Mothers see their children rejected from the rest of society, fathers are denied decent jobs to support their families and children cannot go to school and receive adequate education.

What does it mean for the rest of the world? It means forgetting our humanity and allowing abuse, as well as wasting precious talents that could contribute to our shared society.

So, during this 2018 Refugee Week on behalf of MOAS I strongly encourage everybody to take small steps and undertake simple actions to restore the dignity and mitigate the pain of every human being who has had to leave home searching for peace and a better future. As my family gave a contribution to an unfolding humanitarian crisis in 2013, I hope that everyone will feel compelled to give a helping hand to our courageous brothers and sisters who overcome unspeakable obstacles just to find a safe place for themselves and for their loved ones.

Make sure to stay tuned throughout Refugee Week and share your own #SimpleActs of solidarity on social media. You can support our work in Bangladesh by donating here, or fundraise with friends to become a part of our activist community. You can also receive regular updates by signing up to our newsletter at the bottom of this page or following us on Facebook, Twitter and Instagram.