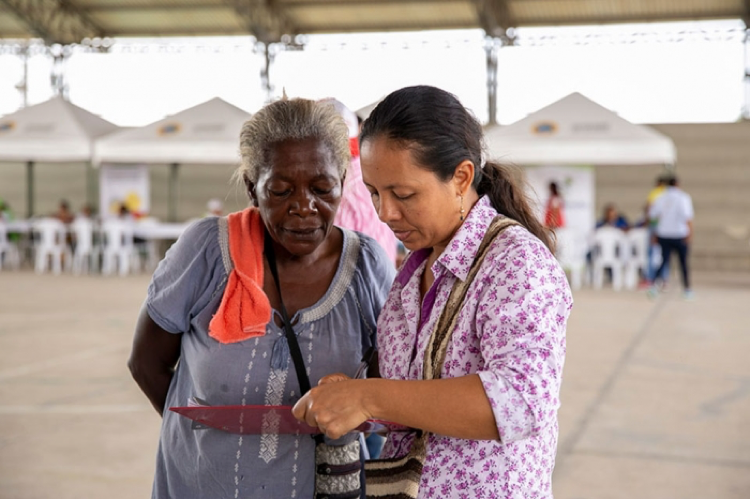 International Women’s Day is celebrated across the world every year to celebrate women’s achievements, to call for gender equality and to advocate for women’s rights in an imbalanced world where women and girls continue to face gender-based discrimination and violence.

Goal number five of the UN’s sustainability goals is to achieve gender equality and empower all women and girls and ensure their equal rights by 2030. This international women’s day MOAS is taking a closer look at the specific challenges faced by women in the context of migration with a focus on how the Venezuelan crisis has had a disproportionate impact on women and girls who frequently find themselves at greater risk of exploitation.

Since 2015, over 4 million people, have fled Venezuela as a result of drastic economic collapse and hyperinflation in the country which has made it virtually impossible to afford basic food necessities. This figure is predicted to rise to 6.5 million by the end of the year as socio-economic disaster has led to medicine shortages, power cuts and increasingly fewer employment opportunities forcing many to take often dangerous migration routes.

The challenges of this migration exodus have been felt most strongly by Venezuelan women and girls who, in a vulnerable position, with little food, income or security have fallen victim to exploitation both during their migration journeys and upon their arrival in their new host countries on the continent.

Upon their arrival to new host countries, it is often challenging for Venezuelan women to find work and accommodation as single parents due to common perceptions of the instability of labour for women in a society where men have traditionally been the breadwinners. In addition, limited access to childcare and schooling for Venezuelan migrants, along with very few employment opportunities and exploitation in the labour market, has meant many women have resorted to desperate measures to support their families such as selling their hair or sex-work in order to support their families.

It is a challenging time to be an expectant mother in Venezuela with women going into labour in hospitals with few supplies where they are often required to bring their own supplies for childbirth. This poor access to healthcare has led to a drastic 65.79% increase in maternal mortality rates in the country between 2015-2016 and has meant hundreds have left to go to neighbouring countries in search of treatment due to being unable to afford the extremely high cost of a delivery in Venezuela with most deliveries in private clinics now costing between $3,500 and $5,000.

Most women migrating are also in their second and third trimesterand the migration journeys which many take on foot can be extremely arduous, especially when considering the freezing and dangerous conditions in some of the more mountainous terrains – putting their pregnancies at greater risk.

The lack of access to good nutrition has also left many mothers malnourished, again putting their pregnancies at risk and placing an additional strain on the health care system in neighbouring Colombia, which has taken the majority of Venezuelan migrants but is now struggling to adjust and accommodate to the demands of the thousands of Venezuelan migrants in urgent need of treatment.

Complications for pregnant Venezuelan migrants does not end in Venezuela as the reality for women in their new communities is not without its complications with cases being reported of pregnant women sleeping on the streets.

Furthermore, the shortage of contraceptives has led to an increase in teenage pregnancies and maternal deaths whereby with the high cost of medical supplies many women and girls are being effectively forced into unwanted pregnancies as a result of the county’s economic collapse. In fact, according to the UN’s latest reportVenezuelan teen pregnancy rates are approximately 85.3 per 1,000 adolescents ages 15-19 –  that is over double the global rate and clearly a worrying statistic as these girls are consequently at a higher risk of complications or maternal mortality. Moreover, in Colombia where the majority of Venezuelan migrants have fled to, only ten per cent of pregnancy terminations are performed in safe health facilities – again placing women in increasingly dangerous situations. 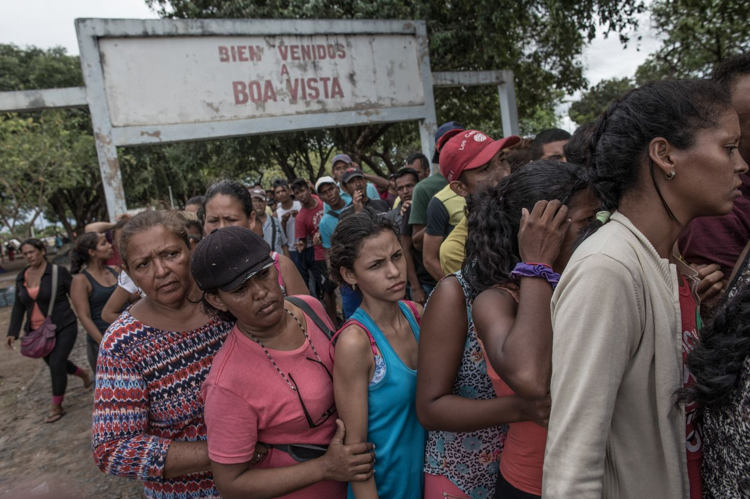 Taking dangerous migration routes also exposes Venezuelan women and girls to violence and exploitation with many reporting experiences of sexual violence by armed groups during their migration journeys.

Poor Venezuelan migrant women and girls are often taken advantage of in this time of crisis and their financial instability is exploited making them the most likely demographic to be trafficked as they are frequently lured with false promises of alternative means of employment or forced into prostitution due to their volatile circumstances. Indeed, the number of reported cases of female Venezuelan victims of trafficking is on the rise and although cases of sexual assault and exploitation which often coincide with this are prevalent, many migrant women who lack official documentation are typically reluctant to report such experiences due to fear of deportation.

In fact, a recent study found that of all recorded deaths of Venezuelan migrant women in Colombia from January 2018 to December 2019 an astonishing 57.3% were victims of femicide (murder of women on the basis of sex or gender) – the majority of whom had limited economic and educational opportunities – highlighting the disastrous impact of socio-economic instability for many Venezuelan women and girls.

This International Women’s Day as we recognise the unique challenges faced by Venezuelan migrant women and girls let us recognise the importance of obtaining gender equality worldwide as a world where half the population is inadequately represented and not granted equal human rights is one which cannot obtain social progress.