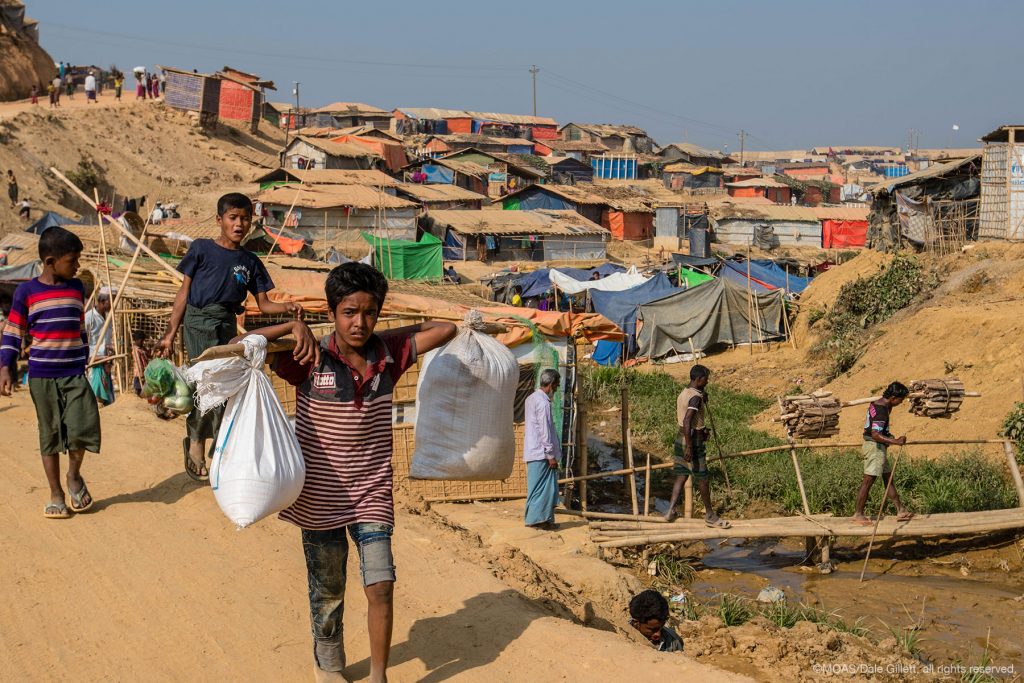 135.7 million. This is the number of people that are directly affected by a humanitarian crisis around the world (UN OCHA). Violence and climate change continue to be the driver behind many stories of migration and continue to be sources of insecurity, displacement and unmet basic needs for many.

The ‘Bring Back Our Girls’ campaign succeeded in gaining worldwide attention for the victims of Boko Haram, but four years after their abduction the world seems to have forgotten their ongoing horror. In March of this year another 100 girls were kidnapped from a school in northern Nigeria, yet this incident failed to make any headlines.

Though Boko Haram operates mostly in northern Nigeria, the ongoing violence has spread to the Lake Chad Basin, an area encompassing north eastern Nigeria, Cameroon’s far north, western Chad and south eastern Niger: over 17 million people have been affected by this crisis and 10 million are in need of humanitarian aid. The level of insecurity has remained extremely high for the past year, with aid workers also being at a high risk for recurrent kidnappings and attacks carried out by Boko Haram militants. The violence in the area has led to 2.3 million people being displaced as of this year, and with food and resources becoming scarce due to chronic poverty and worsening weather conditions, this has done nothing but fuel the ongoing crisis. Food insecurity, epidemics and malnutrition have been on the rise for all four countries. In the case of Chad, for example, the rate of severe acute malnutrition is currently at 3.9% – a 1.3% rise from 2016 and 1.9% over the emergency threshold. A scale-up of international aid is urgently needed to reverse the ongoing trend.

The Colombian government and the Revolutionary Armed Forced of Colombia (FARC) put an end to their conflict last year. Despite the peace agreement being a highly politicised one, it has achieved something that Colombian citizens had been hoping for since the conflict began in the 60s. 12,000 FARC fighters have now given up their arms and moved to nominated zones. Despite this, however, violence has remained at high levels due to clashing between the National Liberation Army, a guerrilla group, the Clan del Golfo, a drug cartel, and dissident FARC members who have yet to lay down arms. A direct consequence of this is the internally displaced (IDPs), citizens who have been forced to move internally within Columbia’s borders to avoid violence, who amount to a staggering 7.3 million people.

Due to continued violence, it has been reported that only 15% of current IDPs are able to return to their city of origin, and as a result, solutions for the other 85% are urgently needed. According to the Internal Displacement Monitoring Centre (IDMC), IDPs lack protection from conflict and violence, as well as lack of access to agricultural livelihoods and employment. In the case of indigenous people and Afro-Colombians, the risk is even higher as their lands tend to be resource-rich areas, making them the target of armed groups.

Government support for IDP protection has averaged at 1.2% of GDP for the last few decades, but the support provided has been inconsistent across time and regions. Many local governments fear that promoting integration and settlement will act as a deterrent if return ever becomes a possibility, and this leads to services following a crisis-based approach, rather than sustainable service provision.

Due to its geographical location, low elevation from the sea and dominance of floodplains, Bangladesh is one of the most vulnerable countries to the impacts of global warming and climate change. Flooding, together with saline intrusion, cyclones and storm tides, are the main drivers behind food insecurity and the lack of sanitation and safe drinking water. In a country where 80% of the total land area is prone to flooding, and two-thirds of the population’s livelihoods are dependent on agriculture, any extreme weather event has devastating consequences.

With over 700,000 Rohingya refugees having arrived in Bangladesh since August of last year and the monsoon season having started in June, the country’s resources are nearing exhaustion. Landslides and flooding are predicted to leave over 100,000 people greatly affected during the current monsoon season. Additionally, the Kutupalong refugee camp in Cox’s Bazar recently became the biggest in the world, with over a million people living in it. Such overcrowding has led to a severe lack of access to basic services such as provision of food and healthcare, demonstrated by the currently ongoing Diphtheria outbreak among Rohingya refugees, where more than 8,000 cases have been reported.

These climate-led events and the ongoing Rohingya crisis have left 1.2 million people in need of humanitarian assistance. According to the UNOCHA, $434 million are needed to ensure basic needs are met.

You can find Part 1 of this blog series here. Support MOAS’ work in Bangladesh with Rohingya refugees by donating here, or fundraise with friends to become a part of our activist community. You can also receive regular updates by signing up to our newsletter at the bottom of this page or following us on social media.