Food for Thought: Famine and Displacement in the 21st Century

For most of us access to food and nutrition is something that takes up very little time, and many in the ‘developed’ world may be more focussed on restricting our calorie intake than increasing it. However, for hundreds of thousands of people living through food insecurity in any one of the countless ongoing humanitarian crises around the globe, the question of finding the next meal is a very different story.

That hunger should still be a problem today, when some research suggests we already produce enough food globally for upwards of 10 billion people, is shocking. But sadly, producing sufficient food internationally is not necessarily enough to stem the crisis of famine, and in 2019, it was estimated that one in every nine people could be classified as hungry. The far-reaching consequences of war, climate change, displacement, and instability extend far beyond the immediate danger to life from military action, or perilous sea crossings. For those fortunate enough to escape front line threats during crisis, a secondary struggle often emerges: the struggle for resources. All too often the basic daily needs for food and water go unmet – with farmers unable to safely work their land, environmental crises disrupting agriculture and disruption to important infrastructure preventing the movement of food into the towns. When such problems go unchecked, food insecurity can become a serious problem, and may even develop into famine. 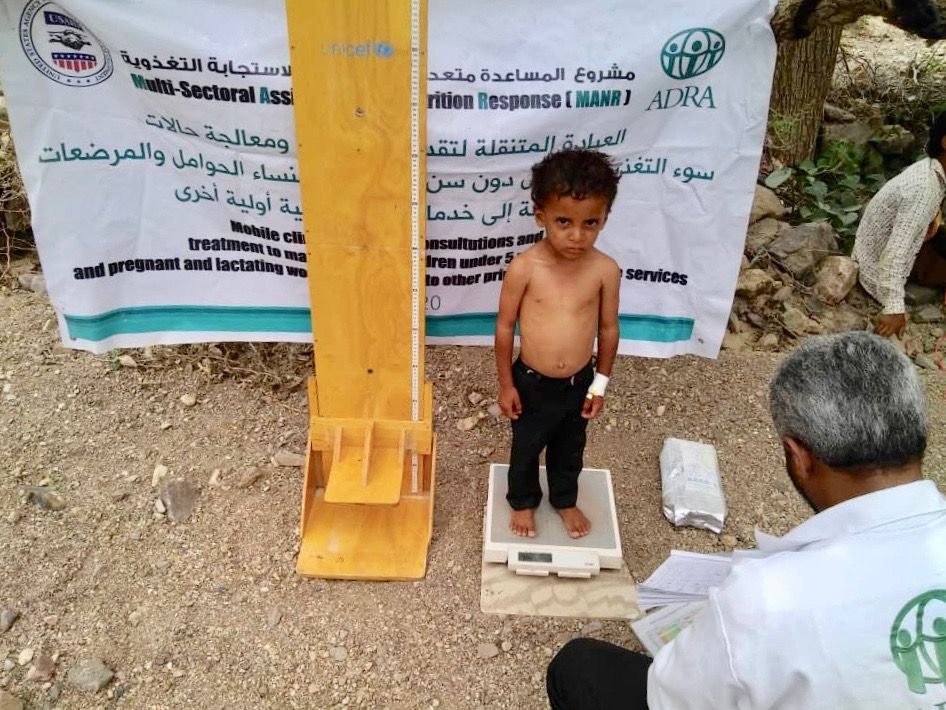 How do we define food insecurity and famine?

The Oxford Lexico dictionary defines food insecurity as ‘the state of being without reliable access to a sufficient quantity of affordable, nutritious food.’ By contrast, famine is defined in the Cambridge dictionary as ‘a situation in which there is not enough food for a great number of people, causing illness and death, or a particular period when this happens.’

Understanding the difference, and the risk factors that can lead from one to the other, is crucial in any response to such food shortages. According to the Norwegian Refugee Council, a number of measurable definitions must be met in order for the classification of famine to be applied, with examples including a 40% malnutrition rate, or more than 20% of households suffering acute food shortage.

When a crisis of any kind persists, basic necessities will eventually become a struggle, and with research showing that displacement crises are getting longer, with around 80% lasting for 10 years or more, it is more crucial than ever to address the global need for food security.

Prior to the 2011 Arab Spring, a large proportion of Libya’s food resources already came from imports, due to the effects of the hot, dry climate on local agriculture prospects. Now, after almost a decade of civil war, Libya’s food situation is perilous. The WFP cites protracted displacement, and decreased food production as main problems in maintaining food security in the region, in addition to the disruption of local markets and supply chains by ongoing violence. Some 60% of the internally displaced population are food insecure. You can read more about the background of the Libya crisis in our recent blog.

The country of Chad in the Sahel region has for some time been surrounded by war. Their neighbours Nigeria, Sudan and the C.A.R. have all been suffering from their own conflicts, leading to a significant flow of refugees into the country – which already contends with unpredictable climate. In 2019, Concern Worldwide estimated that 3.7 million Chadians are now food insecure.

This South American country became the subject of global news last year, as political instability began to send Venezuelans in their droves over the border into neighbouring Colombia. Large swathes of the population are also internally displaced. Some research suggests that almost the entire population could now be considered food insecure. With the political crisis still unresolved, and the continued problem of hyperinflation, commentators are now calling for the situation to be recognised as a protracted refugee crisis, in the hopes that this will bolster and direct efforts towards finding long term solutions to the shortages still being faced.

None of us are strangers to the widely publicised images of the children of Yemen suffering from severe malnutrition as four years of conflict continue to take their toll. Already among the 10 poorest countries in the world, and the least developed in the Arab world by HDI ranking, warnings from the UN suggest that the crisis in Yemen could become the ‘worst famine in living memory’. UNICEF say that 12 million Yemeni children are now in need of humanitarian assistance. 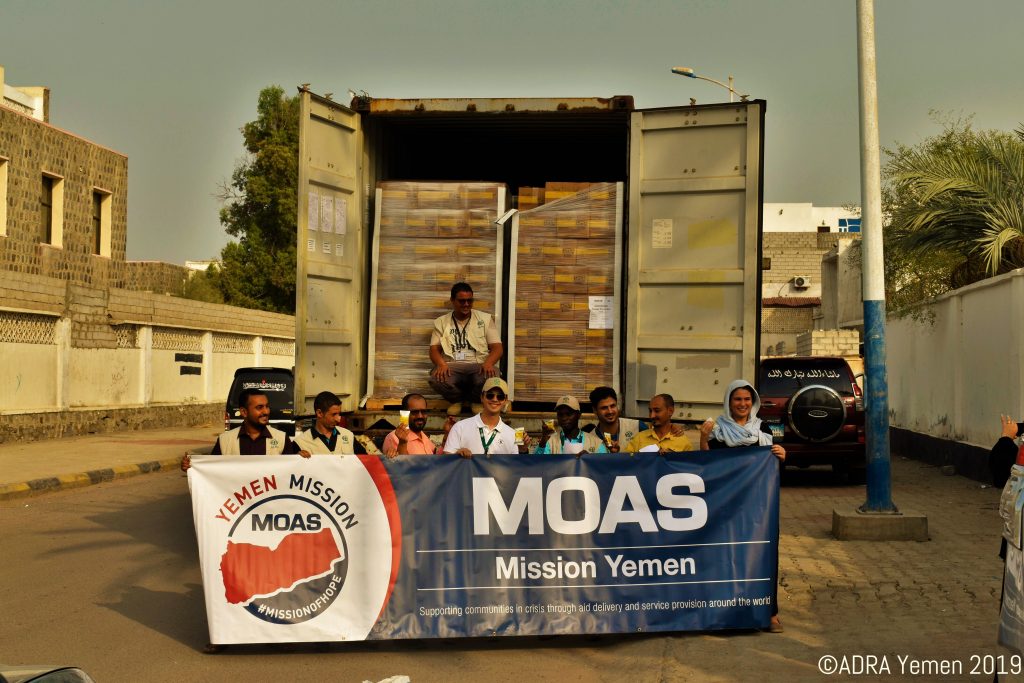 During 2019 we delivered 50 tonnes of nutritional aid to the country, in collaboration with ADRA and Edesia. The food delivered comprised of calorie-dense sachets to help prevent malnutrition in children, to provide much needed vitamins, and allow parents to support rehabilitation in their own homes.

In 2020 MOAS hopes to continue our commitment to address food security in crisis affected populations.