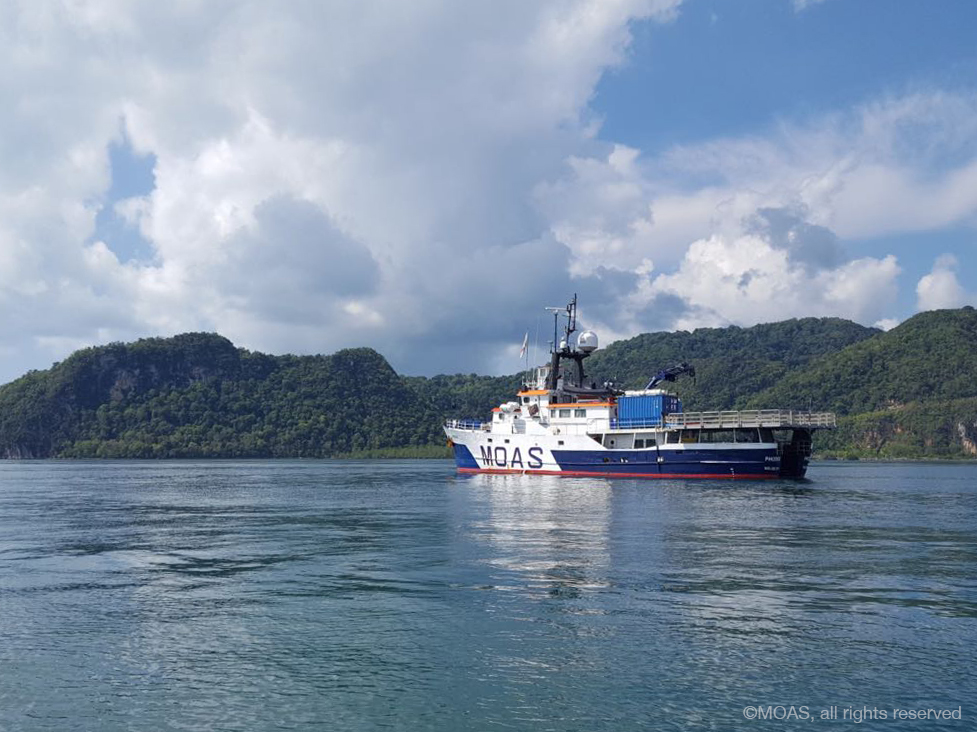 MOAS has successfully completed its observation mission in the Andaman Sea, having deployed M/Y Phoenix to monitor maritime developments in the Rohingya refugee crisis.

The mission was launched on April 3rd in response to confirmed reports of Rohingya attempting to flee Myanmar by sea in unsafe vessels. The MOAS team departed Galle, Sri Lanka on April 23rd, and concluded operations in Pulau Weh, Indonesia on May 13th.

“One of the advantages of MOAS has always been our ability to deploy at very short notice”, says our Founder, Chris Catrambone. “We were able to deploy very quickly – in fact, just three days after we decided we would come out to the Andaman Sea.”

During the course of this mission, M/Y Phoenix patrolled 2,674 nautical miles, or just over 4,950 kilometres. In total, the ship traversed five national SRRs (Search and Rescue Regions), namely those of Sri Lanka, India, Malaysia, Thailand and Indonesia.

Having reached the intended operational area on April 27th, our experienced SAR (Search and Rescue) team remained on 24-hour lookout for objects appearing on radar without an AIS (Automatic Information System) response. Throughout the mission, the team investigated 408 contacts, or unidentified objects, mainly using the ship’s high-powered binoculars. Most vessels of interest turned out to be small fishing boats, though some commercial and private vessels were also investigated. Rohingya are known to depart Myanmar in fishing boats, making it difficult to distinguish between genuine fishing trawlers and refugee boats.

“This crossing is much more dangerous than the Mediterranean,” says the MOAS Captain, Marco Cauchi. “It’s days and days. They run out of food. They become dehydrated. These small wooden boats are not made for this long trip.”

After receiving confirmed reports that a Rohingya boat had left the coast of Sittwe, Myanmar on May 5th, MOAS took up position at the likeliest point of encounter, based on calculations of the boat’s probable route and speed. For several days, M/Y Phoenix patrolled the area of interest in the hope of intercepting the boat and providing whatever assistance might be required. On May 11th, however, MOAS learned through local news reports that the boat had been forced to return to Myanmar the previous day due to engine failure. Two days later, Rohingya sources reported that another boat had been intercepted by the Burmese Navy and returned to Myanmar.

“MOAS wants to continue its operations in the Andaman Sea”, says Chris Catrambone. “We’ve proven that we can be the independent monitoring mechanism that’s needed out at sea: I can’t fathom MOAS sitting back and not trying to do something while these boat departures continue. We’re hoping that we manage to get support from the public and from our donors to continue operating this mission for however long it takes.”

For a detailed breakdown of our activities at sea, you can read the MOAS Post Operation Report here. For in-depth analysis of the Rohingya crisis, check out the latest reports by our research partner Xchange. To support our work, please donate now.