MOAS is on the frontlines of an ongoing health crisis in Bangladesh. Our Aid Stations have provided vital medical care to over 34,000 people since October 2017.

According to the WHO, 1.2 million people are in need of humanitarian assistance in Bangladesh. Over 868,000 Rohingya refugees are currently in the country, including some 655,500 people who fled Myanmar after violence erupted last August 25th.

After launching its South-East Asia mission in September 2017, MOAS initially delivered 40 tonnes of aid to the Bangladeshi government. By October we had inaugurated our first Aid Station in Shamlapur, a fishing village on the Bay of Bengal and one of the main points of entry to the country for many refugees. Within a month we had opened a second Aid Station in Unchiprang, a makeshift settlement near the Teknaf Wildlife Sanctuary which now hosts some 23,000 people. Both Aid Stations, or field clinics, provide primary and secondary medical care to Rohingya refugees, as well as emergency services to local Bangladeshi communities.

Conditions on the ground are unhygienic and highly volatile. The spread of infections is facilitated by overcrowding in the camps and settlements. Access to clean water and sanitation facilities is extremely limited, increasing the risk of water-borne diseases. 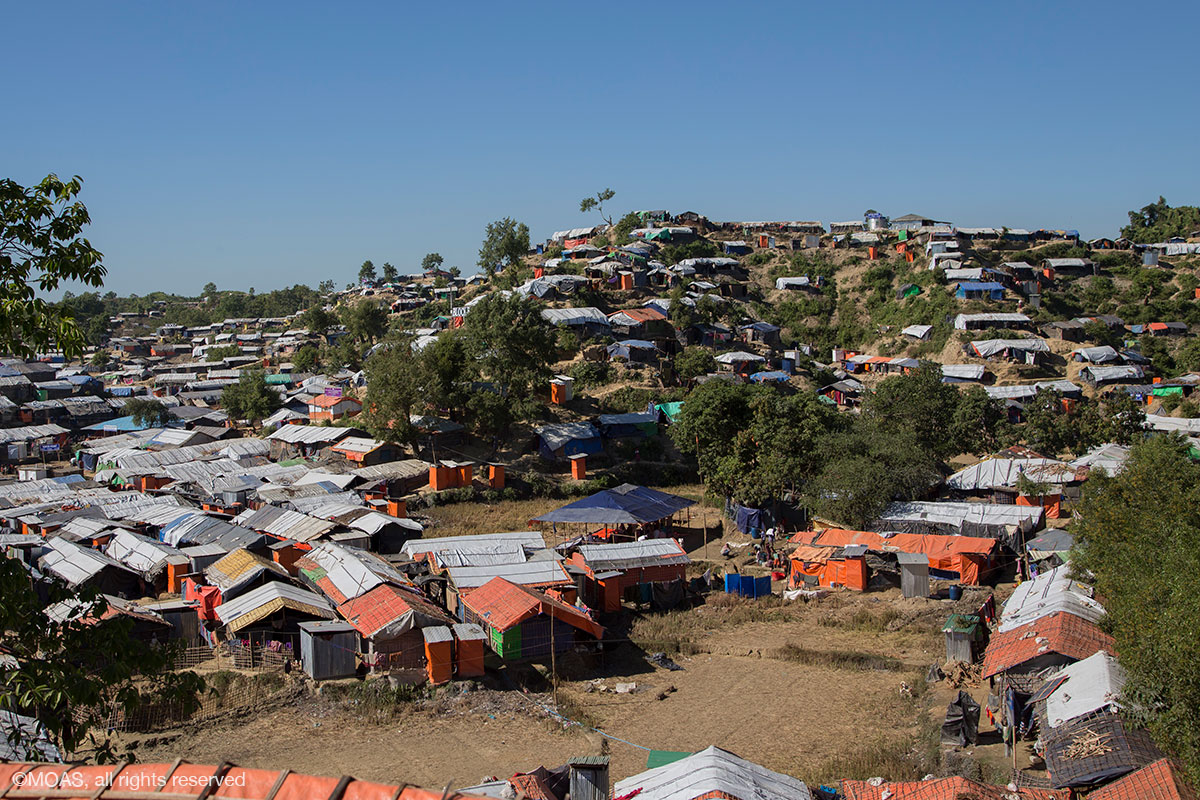 According to the IOM, 81% of water samples collected from refugee households in Bangladesh have been found to be contaminated with E. coli bacteria. Every day, dozens of people visit our Aid Stations with illnesses stemming from a lack of clean water.

Moreover, the Rohingya are a traumatised population. A report published in December by MOAS’ research partner Xchange found that a terrifying 46% of interviewed refugees had witnessed the killing of civilians in Myanmar. 13% said they had witnessed or suffered sexual abuse, though this figure is likely to be under-representative of reality, given the stigma surrounding sexual violence. Combined with the physical cost of their perilous journeys to Bangladesh, these psychological traumas have left many Rohingya people highly vulnerable to illness and exhaustion.

The main epidemiological concern is currently diphtheria. This preventable disease has largely been eradicated around the world, but has recently made a come-back in countries with disrupted health systems such as Yemen, Venezuela and Bangladesh.

By mid-January 2018, the Inter-Sector Coordination Group (ISCG) had recorded 3,960 clinically suspected cases of diphtheria in the Cox’s Bazar region of Bangladesh, with 31 fatalities. 74% of those who have contracted diphtheria have been under 15 years old, meaning children are disproportionately at risk. Meanwhile, other threats include measles, cholera and acute watery diarrhoea. 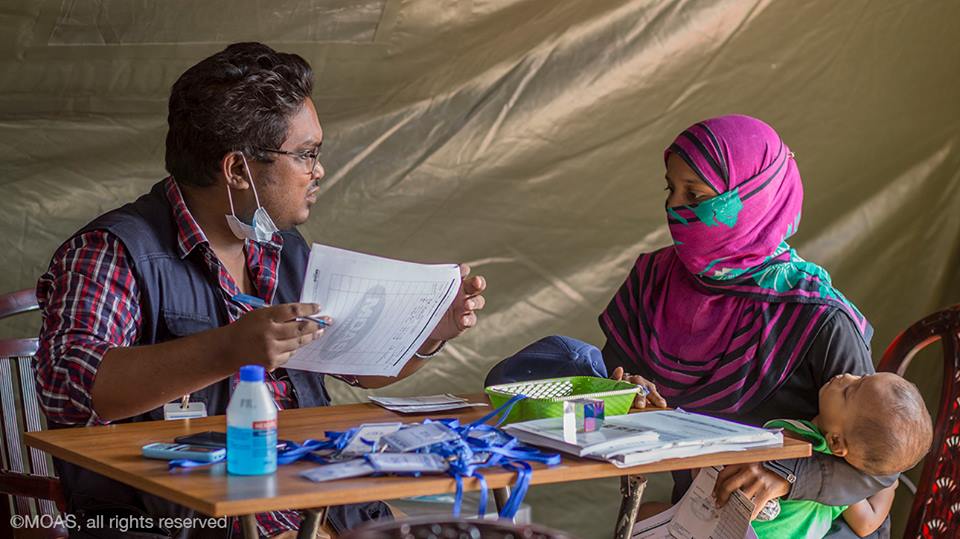 As part of the fight against the ongoing diphtheria outbreak in Bangladesh, over 315,000 children have now been vaccinated. MOAS has been part of this huge effort, volunteering our nurses as inoculators and our Aid Station in Shamlapur as a vaccination centre. Preparations are under way for a second round of vaccinations, which will target a further 350,000 children.

Another major concern is malnutrition. The ISCG warned in November that 24.3% of children between six months and five years of age were suffering from acute malnutrition in the Kutapalong refugee camps. The same report highlighted that the nutritional situation of under-fives had drastically deteriorated compared to the previous year, despite the humanitarian aid provided.

Looking ahead, 48,000 babies are expected to be born in Rohingya refugee camps in 2018, at a rate of approximately 130 live births per day. Given the lack of anti-natal, obstetric and post-natal health services in the area, MOAS focuses particularly on maternal and paediatric care. 44% of patients treated to date have been children, while 73% of adults have been women. 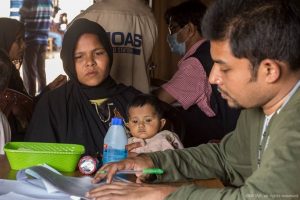 Mustaba came to the Aid Station with her four-month-old daughter Nur Halima, both suffering with a cough, sore throat and fever. Mustaba told us she was unable to keep herself and her family warm at night, as the material used to construct their shelter was not durable enough to withstand the winter weather. Our doctors prescribed medication for Mustaba and Nur Halima, but without proper shelter, they are likely to need our assistance again.

The primary focus of NGOs in Bangladesh over the coming weeks will be mitigating the potential impact of the monsoon season. Heavy rains could spell disaster for low-lying areas: the UNHCR is providing shelter kits for families particularly exposed to flooding and, where possible, supporting them to move to higher ground. With sanitation already precarious, there is serious concern that flooded drainage systems could speed up the spread of fatal diseases.

Meanwhile, the impact of the colder weather is already being felt. Illnesses caused by a lack of adequate shelter are on the rise, with coughs, sore throats and fevers now common complaints at both Aid Stations. As we continue to provide life-saving medical support to one of the most persecuted minorities in the world, we call on the international community not to forget the Rohingya refugee crisis. Winter is coming, and the situation is desperate.

If you are interested in supporting MOAS’ work, please give what you can at www.moas.eu/donate or consider becoming a fundraising activist on www.moasfundraising.com. You can listen to a podcast about our work in Bangladesh here, or hear one of our beneficaries explain the challenges of motherhood in the refugee camp here. Spread the word about our work by sharing our stories on social media and sign up to our newsletter at the bottom of this page for regular updates.