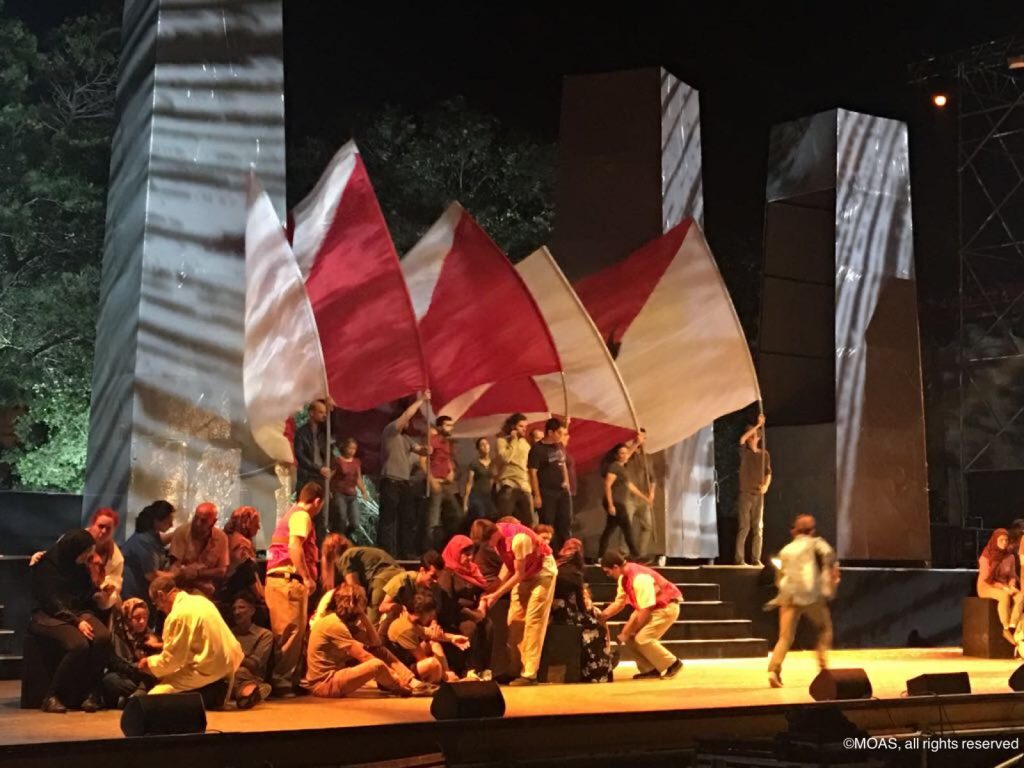 This weekend in Valletta, a new opera depicting the human tragedy at the heart of the European refugee crisis will have its world première.

Aħna Refuġjati, by Maltese composer Mario Sammut, tells the story of Eleja, his wife Shari and their three children, who flee their war-torn village in hopes of a better life in Europe. Through their story, the opera tackles the human cost of large-scale migration and the universal theme of loss as a result of political convenience, racism and prejudice.

Scripted and staged entirely in Maltese, with a cast of both local and international performers, Aħna Refuġjati is part of Valletta 2018, the celebrations to mark the Maltese city’s title of 2018 European Capital of Culture.

The opera will be performed on the 31st of August and the 2nd of September at the Granaries in Floriana, and tickets can be purchased here: https://valletta2018.org/events/ahna-refugjati/.

MOAS was able to speak to several of the performers about their experiences as part of such an important production, and their hopes for its reception.

Counter tenor José Hernandez Pastor, who plays the father of the family, Eleja said, “You know the statistics, but when you are on your sofa, watching TV, sometimes you wonder how they feel. You are not able to have empathy. But with this opera, you can smell the situation, you are in the boat and you hear my little daughter saying “I am scared. I like the sea when it’s blue but I don’t like it when it’s black. You have the time to feel. It’s an opportunity to have empathy – a good thing for the audience, and for myself”.

Ruth Sammut, soprano, said “I just hope that it will create an awareness for people who are against migration and immigration. Perhaps they can at least empathise with people who are going through this terror”.

MOAS will have a stall at both performances, on Friday the 31st of August and Sunday the 2nd of September.