This month at MOAS we are focusing on the voices and stories of Rohingya people, asking them about their experiences and how they think this ongoing crisis can be resolved. Today, we hear from Abul*, a Rohingya refugee who was born and grew up in the camps in Bangladesh. Abul now volunteers with MOAS as a cultural mediator in our primary health centres, and also helps record the stories and testimonies of those who use our services.

Thank you very much for giving me the chance to share about my life in camp. I was born here in 1992 and grew up in camps which are like open prison.

Refugee life is very difficult and unbearable. There is nothing sufficient in refugee life.

Also, we have no right to enjoy the rights like other refugees in the world. For example, we have been here in camps since 1992 but we are still struggling to get formal and higher education, as we have schools here in camp, but it is primary level and not formal.

Also we have no proper medical treatment in camp. I have lost my mom due to lack of proper treatment. In terms of jobs, we have to face discrimination, and we can’t even go anywhere.

The refugee life is a very difficult life. I just want to enjoy being a citizen of my country but I don’t know when this prison life will end. 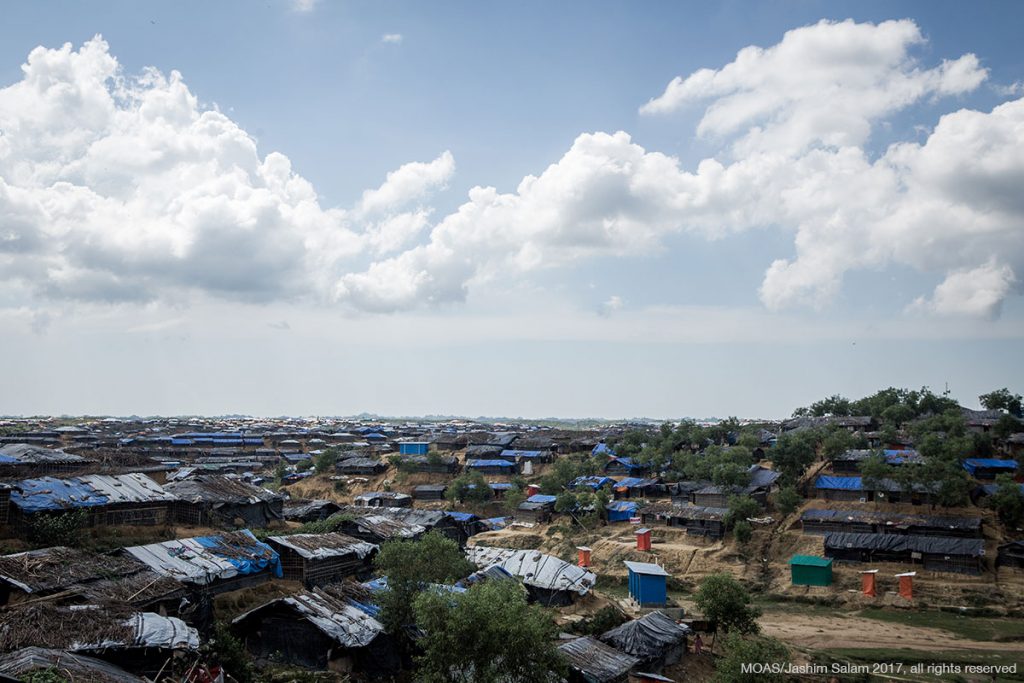 Would you be comfortable sharing why your parents came to Bangladesh, and the what have been the most important milestones in your life?

The Myanmar government was torturing them a lot, and they had no choice but to leave Myanmar.

My parents have told me that suddenly the military came to our house and took my elder brother for forced labour.

Do you know where your brother is now?

Forced labour is a very serious thing. The military sent people in some jungle and big hills and used them however they wanted. If any one was not able to carry on, they were kicked and fell down the hills.

Most people didn’t return from those places. I have six brothers and two sisters. My eldest brother is now in our ‘prison’ – by which I mean camp.

What has it been like seeing the new wave of violence and its effects over the past year?

Actually, it’s not just been happening in the last three or two years. It’s been planned for a long time.

It was planned by the Myanmar government. In the last couple of years, suddenly the Myanmar military has started killing Rohingya people, raping Rohingya teenage girls and burning the houses of Rohingya.

In the last couple of years the military has forced innocent Rohingya people to take National Verification Cards. People started to refuse the cards, so the Myanmar military changed their plan and started killing people, raping teenage girls and burning houses to make them leave Myanmar.

What do you hope will happen in the future?

We have some hope, and depend on the Bangladeshi government and international community to cooperate and help us get back our rights. Then it will be solved.

What’s your favourite part of your job?

The Myanmar government has been killing our innocent people, shooting them with guns and slaughtering them.

They have raped innocent teenagers and killed many of them afterwards. They have burned a lot of Rohingya village and houses by rocket launcher, and thrown children into burning fires.

When the world’s people see these kinds of terrible stories, I hope they will feel bad, and think a bit. The Rohingya really are very persecuted in the world by the Myanmar government.

*Abul’s name has been changed to protect his anonymity.

The story of Abul is a reflection of many of the stories we have come across during our work in Bangladesh. Working alongside young men like Abul we are all impressed by the resilience, strength and sense of hope for the future that pervades throughout the community, despite the persecution they have suffered. Our aim in sharing stories like this is not to instrumentalize the violence or sensationalize the graphic details of their testimonials, but to curate a space in which an honest representation of an individual’s own narrative can be presented to the public in an attempt to advocate for change and long-term solutions.