A message from our Director: Everyone should be free to love and be themselves 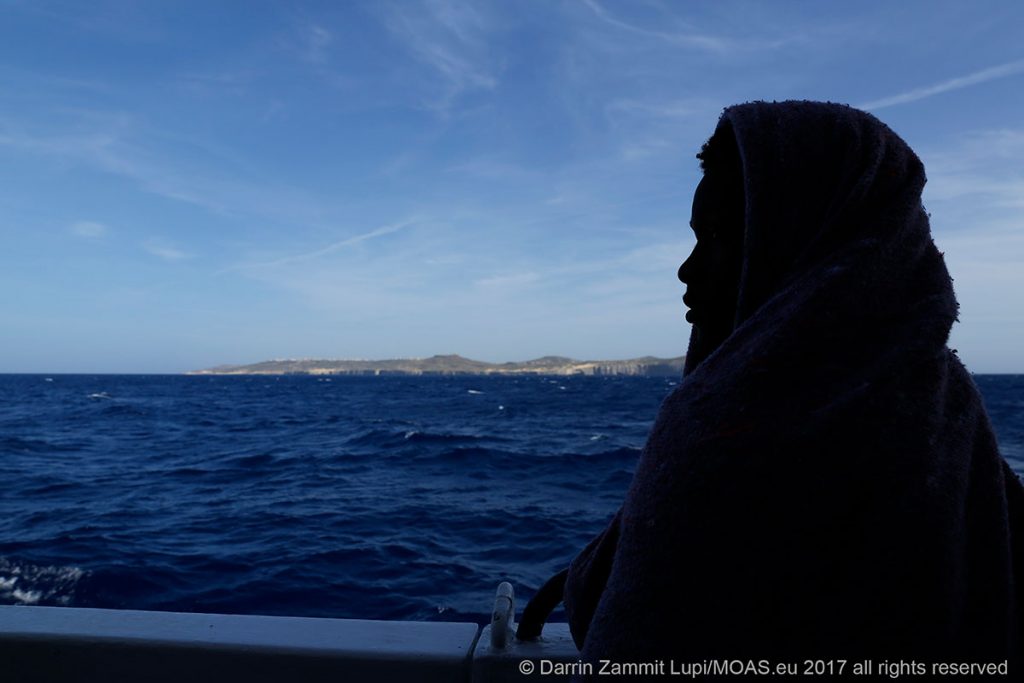 This week marks Malta Pride, in which the LGBTQI+ community celebrate recent strides in LGBTQI+ rights and representation and advocate for greater visibility and acceptance. Here, Regina Catrambone, MOAS Co-Founder and Director, reflects on the link between sexuality and forced migration and the progress the international community must continue to push for.

In 76 countries around the world, same-sex relationships are prohibited and criminalised. In some cases, people are sentenced to death, while others are exposed to indiscriminate violence and social marginalisation.

Four years ago, MOAS began its life-saving mission and started its journey at the forefront of the world’s most devastating humanitarian crises. Since then, we have developed skills, knowledge and capacity both at sea and on land, and have gained an insight into the grim reality of forced migration. We have seen how brutal journeys affect people’s lives and how many and varied the reasons to flee are. We met families from war-torn Syria, we rescued unaccompanied minors who left their homeland to seek a better life, and we assisted women fleeing domestic violence and poverty.

Throughout the years, we have come to understand how stigma and taboos prevent people from telling their stories and receiving adequate protection, as well as how much neglected issues – like LGBTQI+ rights – can have an impact on the victims of violations. Of the 40,000 children, women and men MOAS rescued and assisted during our search and rescue missions, one story seemed to illustrate this best. Bakary, 28, had fled Gambia because there he told us he was not free to express himself, alluding to his sexuality. Bakary was enrolled at university when the former president openly declared that “he would cut the throats of all homosexuals”. Bakary felt that he had no choice but to leave the country.

LGBTQI+ migrants and refugees are even more vulnerable than other groups, both because they are more exposed to isolation and violence and because it is often very difficult to tell their stories. Silence doesn’t allow them to receive adequate assistance nor specific protection in terms of status, accommodation and special needs, which continue to be acknowledged only on paper.

However, both European Law and the UN Geneva Convention are clear about the special protection to give due to sexual orientation and gender identity. A EU Directive refers to both of them as solid grounds to claim for asylum, and its Article 19 obliges Member States to take into account specific vulnerabilities, including physical or sexual violence. But, the reality is very different, and “LGBTQI+ migrants and refugees often lack access to appropriate and respectful processing of their asylum claims”. Training immigration officers and interpreters who interview asylum-seekers is a necessary and fundamental step to a fairer approach to this issue, as well as providing adequate accommodation or healthcare assistance.

We live in an increasingly cruel world, where hatred is easily expressed and violence practiced. But, we still criminalise love. Today MOAS stands in solidarity with all those human beings who experience discrimination, violence, isolation and marginalisation in light of their sexual orientation and gender identity. We also call on the international community and the European Union to take the necessary steps to facilitate integration and protection of vulnerable people who were forced to leave their homeland to be free to love and be themselves.