A giving Tuesday Message from our Director

Giving Tuesday celebrates philanthropy and generosity on a global level. Throughout the years it has been running this movement has grown so much, reinforcing the humanitarian sector and supporting philanthropy worldwide. 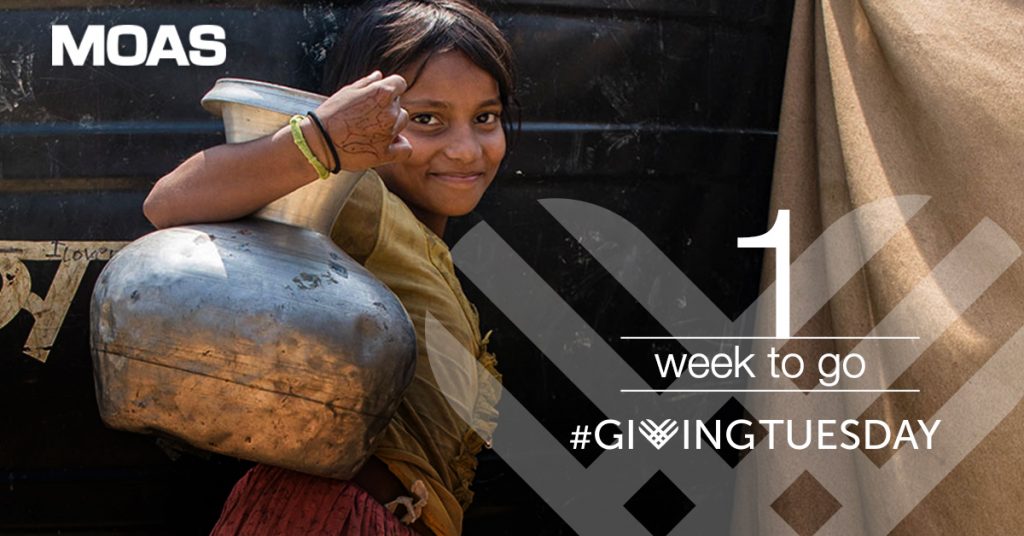 For MOAS, Giving Tuesday has always been a special day in our calendar. It is a time when our global community of supporters shows us warmth and appreciation for the work we do to mitigate the suffering of the world’s most vulnerable communities of migrants and refugees. As human beings we here at MOAS can, at times, feel discouraged when campaigns don’t go to plan or when enacting operations seems challenging. However, so many things reward our efforts to serve the most vulnerable- among them, the smile of the children we assist and the support you all show us by donating to continue our missions.

MOAS was created following a catastrophic shipwreck at Europe’s doorstep on the 3rd of October 2013. My family decided to react to indifference and inaction. We chose courage over fear. In August 2014, MOAS’ vessel -the Phoenix- set sail and headed to the SAR area along the Central Mediterranean route. In three years, MOAS rescued and assisted more than 40,000 children, women and men, while inspiring other NGOs that followed our example soon after. In 2015, MOAS became a well-established international organization, whose donors and supporters now come from every part of the world. In 2016, we launched a campaign advocating for the opening of #SafeAndLegal routes to allow the most vulnerable people to reach safety without risking their life. 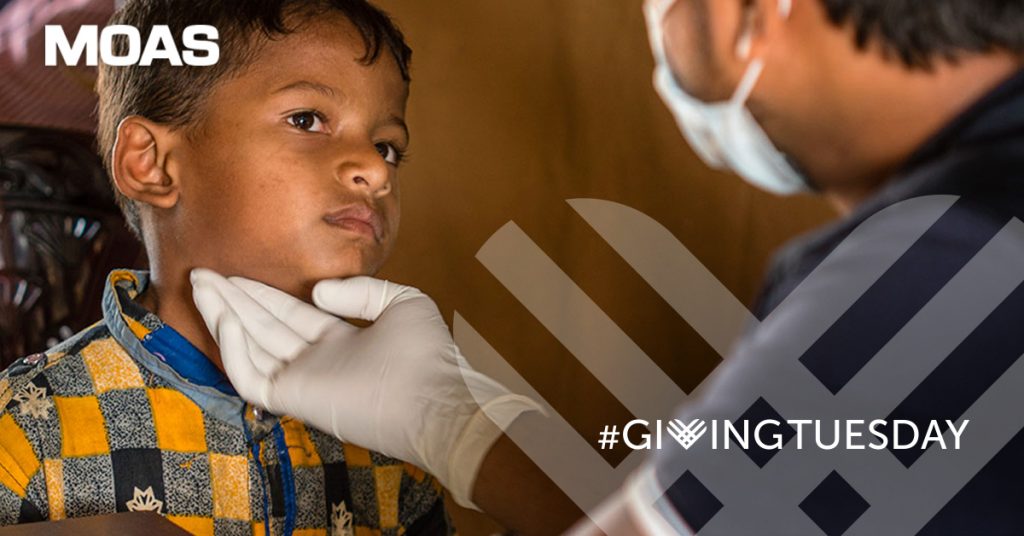 Last year, in September 2017, MOAS redeployed assets in Southeast Asia and brought sorely needed humanitarian and medical assistance to the most persecuted community in the world, the Rohingya stateless Muslim minority. In the wake of an unparalleled exodus that followed a new crackdown by the Burmese authorities, at least 700,000 vulnerable and exhausted people crossed the border between Myanmar and Bangladesh to seek sanctuary in overcrowded camps and settlements in the Cox’s Bazar region.

We felt compelled to act, to contribute to alleviate the suffering of thousands of vulnerable human beings who fled in search of peace and dignity. In only three months from our arrival, we managed to distribute 40 tons of humanitarian and food aid, we opened two Aid Stations in Shamlapur and Unchiprang (Cox’s Bazar) and treated an average of 200-400 patients every day. As of the end of October, MOAS has treated more than 87,000 Rohingya refugees and their host communities, who struggle daily to access basic health services.

MOAS has developed a dynamic and highly-responsive humanitarian intervention model that allows us to quickly adjust to different operational patterns, regions and needs. We are ready to intervene wherever humanitarian crises arise and wherever people need our help the most.

Over the years we couldn’t have reached the 127,000 children, women and men we’ve rescued and assisted without your help, support, dedication and donations. We are so grateful for this and now, this Giving Tuesday, we are calling you to action again.

We need just 6 Euros to reach one single patient with our services. Please go online on Tuesday the 27th November 2018 to see our new Giving Tuesday appeal video and give what you can to help us reach our target of 25,000 Eur in just one day!

Help us to mitigate the suffering of vulnerable children, women and men.
Help us to make the difference and keep hope alive.