The Rohingya crisis at a glance:

MOAS has been on the ground in Cox’s Bazar Bangladesh since September 2017, initially delivering 40 tonnes of humanitarian aid to those who had just arrived in the country. In October, we began setting up two primary health care centres in Shamlapur and Unchiprang camps, offering emergency medical care, as well as life-saving reproductive, maternal, neonatal and paediatric healthcare support to camp residents and local community members. These centres had treated over 90,000 people by the end of 2018. 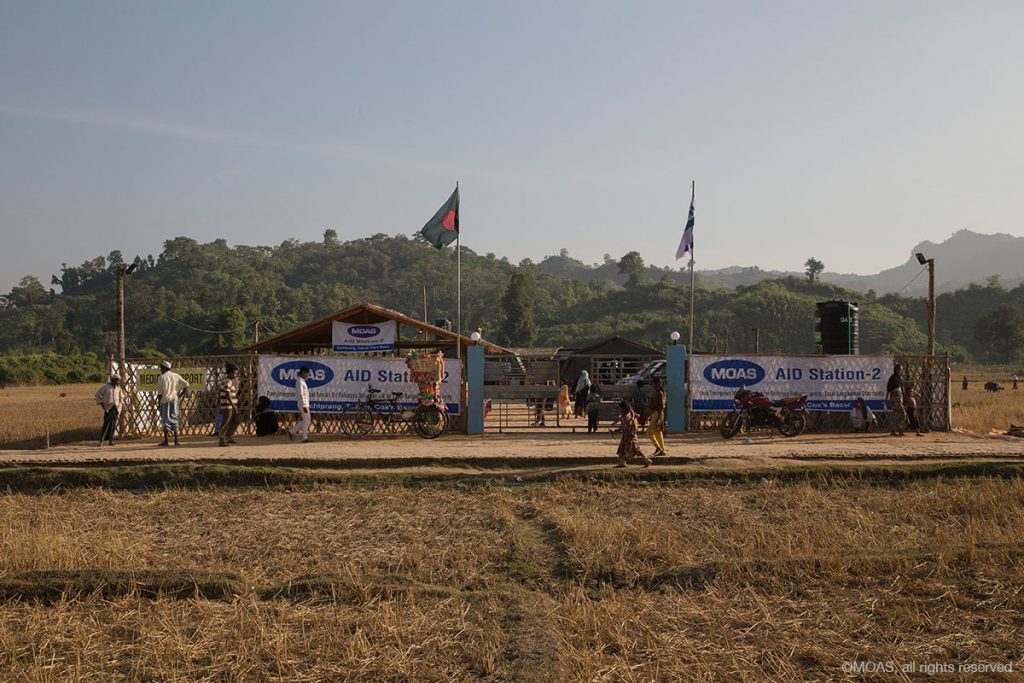 In early 2019, responding to a call from the Inter Sector Coordination Group highlighting that ‘emergency life-saving response remains an urgent priority’ within Rohingya refugee camps, and in recognition of the dangers related to flooding and monsoon storms, MOAS began delivering a Flood and Water Safety Training course. The course builds community capacity, training Rohingya volunteers to be able to act as first responders in the event of a water related emergency and manage the after effects of flooding.

Selected volunteers are also chosen for ‘trainer the trainer’ training and receive additional instruction allowing them to be able to deliver the course to new groups of volunteers in the future. Such an approach ensures the sustainability of the project and knowledge retention within camp communities. 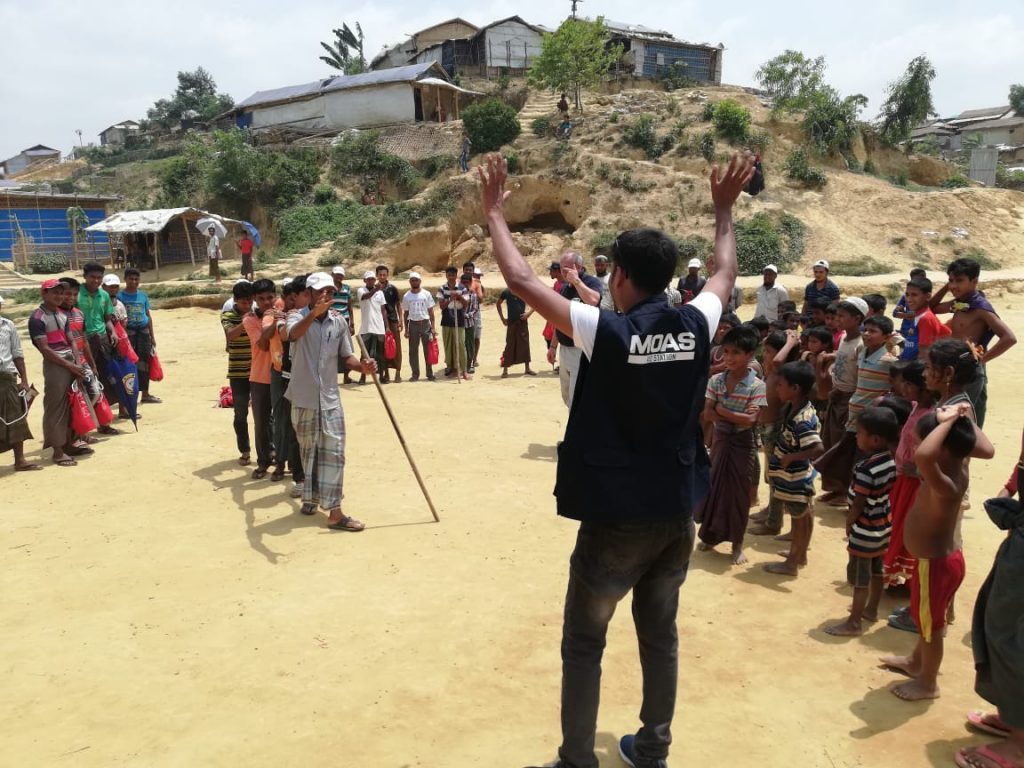 MOAS also supplies volunteers with high quality rescue equipment in the form of throw bags and bottle rings (made from recycled plastic bottles) so that the water safety volunteers are able to utilise their skills effectively. This equipment is made locally by Bangladeshi manufactures, which keeps transportation costs down and provides a valuable source of income to local businesses.

The training has already had life–saving results – on the 6th July, 5 MOAS trained volunteers saved a 14-year-old boy from drowning after he got into difficulty playing in a reservoir. Despite the irresistible lure of pools and ponds for children as places to play, few know how to swim meaning that fun can quickly turn to tragedy.

MOAS has trained 1,220 safety volunteers so far, meaning that water related dangers in the camps are reduced in places where skilled volunteers are on hand to monitor open water sources and provide assistance in emergency flooding events.

MOAS’ Flood and Water Safety training is set to continue into 2020, but we need your help in ensuring that this continues. Your donation will ensure that more camps can access the training. It will ensure that more throw bags- that can pull a drowning child from the water – can be made. It enables more Rohingya volunteers to gain the skills and knowledge to protect their families and communities.

MOAS won’t stop supporting the Rohingya – but we can’t do it alone.