Afghanistan: what happened and what’s to come? 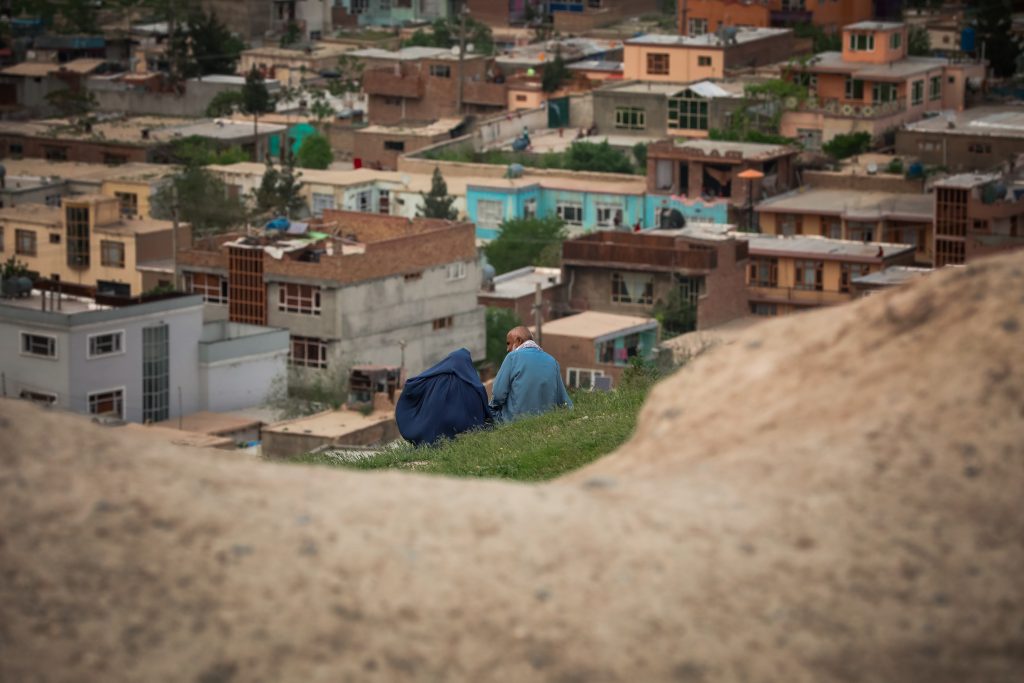 In just 10 days, the Taliban swept across Afghanistan after the majority of Afghan security forces had been forced to surrender or flee to neighbouring countries. After securing their first capital on 6th August they had gained control of Kabul by the 15th and with such a rapid advance across the country thousands had already fled their homes – heading for the borders or to the main capital, Kabul. Following the rapidly deteriorating security situation in Afghanistan, 60 nations initially called for the maintenance of civil order to facilitate the safe and orderly departure of Afghans who wished to leave the country. Yet, the harrowing scenes at Kabul airport, where individuals were forced to risk their lives attempting to flee on the exterior of planes against the backdrop of sporadic gunfire, shows a stark reality of violated human rights and the situation in Afghanistan continues to be extremely tense as the world watches the Taliban government take shape.

The people of Afghanistan are ‘going to have to decide their future,’ these were the words US President Joe Biden just weeks before the Taliban secured control of Afghanistan, as the US military withdrew their final ranks. After nearly 20 years, the United States military has now withdrawn from Afghanistan and their central military hub – the Bagram airbase. The US’ withdrawal was part of the 2020 Doha peace agreement with the Taliban. Under the agreement, the United States had 14 months to withdraw troops and the Taliban pledged to prevent terrorist activity within their territory and build lasting collaboration with the Afghan government. Yet, following the agreement there had been increasing tension in the region as the Taliban continued to make territorial gains.

Civilians have been displaced and transportation of food, communication services and healthcare facilities have been impacted by the fighting and the mass exodus of people leaving Afghanistan. Since the withdrawal, the Taliban has established nearly complete control over the provinces and have begun international negotiations as the Islamic Emirate of Afghanistan.

The Taliban government has already started tightening restrictions on women, the former ministry of women’s affairs building in Kabul has been re-established as the ministry for the prevention of vice and promotion of virtue. There have already been increasingly disturbing reports of a return to the subjugation of women in Afghanistan, images of women have been whitewashed, female activists and academics have been threatened and many women have been told not to return to work. Many female Afghan journalists have had to destroy traces of their identity and work amid the Taliban takeover. More generally, while the Taliban promised to allow the media to function if it respected Islamic values, the new rules are repressing media freedoms in the country, with journalists having to self-censor out of fear for reprisals. In their first press briefing – since establishing control, a Taliban spokesperson said women’s rights would be respected “within the framework of Islamic law,’’ but there have already been harrowing accounts that directly contradict such claims. The Taliban have effectively banned girls from secondary education, by ordering high schools to re-open only for boys. This decision on education echoes the tactics used by the Taliban in the 1990s, to bar girls from school without issuing a formal prohibition, claiming that it is too dangerous for girls to attend at this time.

Nobel Peace Prize winner Malala Yousafzai who was shot at the young age of 15 by the Taliban when campaigning for girls’ education in Pakistan – has warned the Taliban’s interpretation of Sharia law could decimate the safety of women and girls in the country.

Beyond the current Taliban takeover, there have intersecting factors underlying the deteriorating socio-economic conditions in Afghanistan. By the end of 2020, nearly 100 million people faced crisis or severe food insecurity as a result of conflict — up from 77 million in 2019. The humanitarian consequences of this military and government transition will be vast and multidimensional, with the ongoing Covid pandemic, systemic climate crises and tension exasperating the situation. Human rights violations, vaccine inequity and compounding inequalities due to the ongoing conflict will only further expand the unfolding humanitarian demands. Already, over 2,000 health facilities have closed in-country as cutoffs in humanitarian aid have meant more than 20,000 health workers were no longer working, or were working without being paid. Afghanistan is also chronically exposed to natural disasters, including droughts, as security and economic stability fluctuate – the consequences of such climate disasters are felt more deeply and humanitarian actors working on the ground (whose future presence is currently uncertain) will have to work to competing demands.

According to FAO, the provinces of Hirat, Badghis and Ghor have faced severe droughts and there has been a marked reduction in food production across several other regions. This year, it is expected that 16.9 million people will be living within emergency levels of food insecurity, nearly one in two children under-five will also face acute malnutrition.
Climate change and environmental degradation can worsen humanitarian crises and fuel conflict, affecting both the onset and duration of disputes as it can lead to endemic disenfranchisement within communities. Humanitarian access in the region will likely be extremely strained as governments act to restrict funds into Afghanistan and international bodies like the International Monetary fund (IMF) have said Afghanistan will no longer be able to access the lenders resources.

The humanitarian conditions in Afghanistan are extremely volatile right now amid the Taliban takeover. Socio-economic instability and mass displacement have meant there are now steep operational and logistical challenges for humanitarian organisations to access beneficiaries, including denial of access. As aid funding begins to open up again, it is imperative that humanitarian actors continue to try and support the most vulnerable communities and refugee support should be expanded internationally to ensure safe passage for those fleeing the new regime. In particular, we must turn words into concrete action and work together as an international community to protect the rights of women and provide safe pathways for those seeing their rights violated.